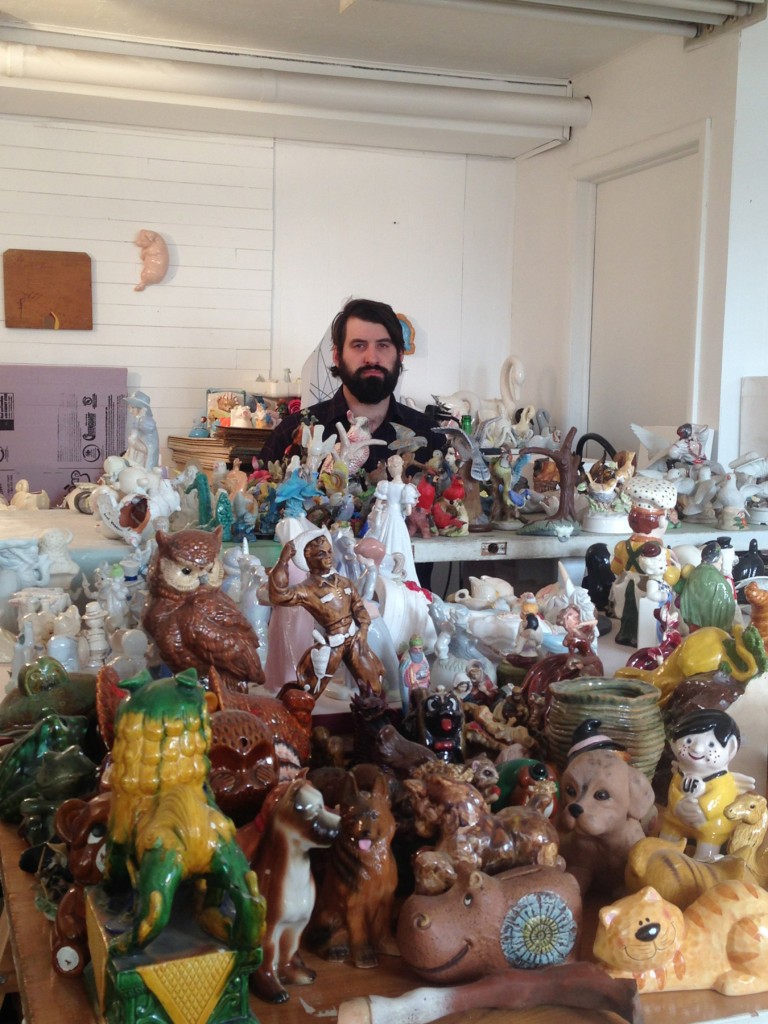 A collector who relies on thrift stores to provide his found objects, Jared Lindsay Clark says he finally “relented” to work with kitsch ceramic figurines in earnest in 2006. “I had seen them calling my name since my undergrad years at BYU. I tinkered with the genre but didn’t embrace it fully until I was a graduate student at Virginia Commonwealth University. What got me excited about finally using them was the challenge to transform groups of the figurines into a single object that could be read as a painting. This was in line with my installation work, titled “bilds”, referencing the German meaning of “picture” (the painting/drawing angle) and the English allusion to “build” (the sculpture/installation/architecture angle).”

For the last eight years he has worked cyclically through different mediums, so the figurines were in storage for two years until he joined Poor Yorick this fall “and decided to plunge back into the sea of discarded porcelains.” Now, he’s “excited about making objects that straddle painting and sculpture. I’m calling them Kitschbilds (“kitsch pictures”) to describe the abstract paintings I’m creating with the figurines and epoxy resin.”