By What's New on January 3, 2015 • ( Leave a comment )
To start out 2015 we checked in with some Utah artists to see what they are up to in the new year. We’ll be running these short features throughout the month.

Frank McEntire is known for his work with found and reclaimed objects, turning them artfully into sculptures that are often religious in nature, frequently of the Eastern persuasion. He was asked by Hikmet Loe, curator of an exhibition opening Feb. 13 at the Granary Art Center in Ephraim titled A Measure Of Salt: Contemporary Artists Engaging Great Salt Lake, to include his piece “Salt Sutra,” done over a decade ago. “The exhibit was to be based on the artist’s interpretations of the Great Salt Lake,” says McEntire. “I decided to expand the scope of the piece to include American Indians of the Colorado Plateau with the saltmen of Tibet, upon which the original Salt Sutra was based. Both indigenous populations were disrupted in their salt-gathering practices by displacement, hardship, and even cruelty by the Chinese in Tibet and Anglo settlers in the Great Basin.” He also wrote an essay for the exhibition catalog on the mixed-media work, 60.5″ x 50″ x 47″ now dated 2015. 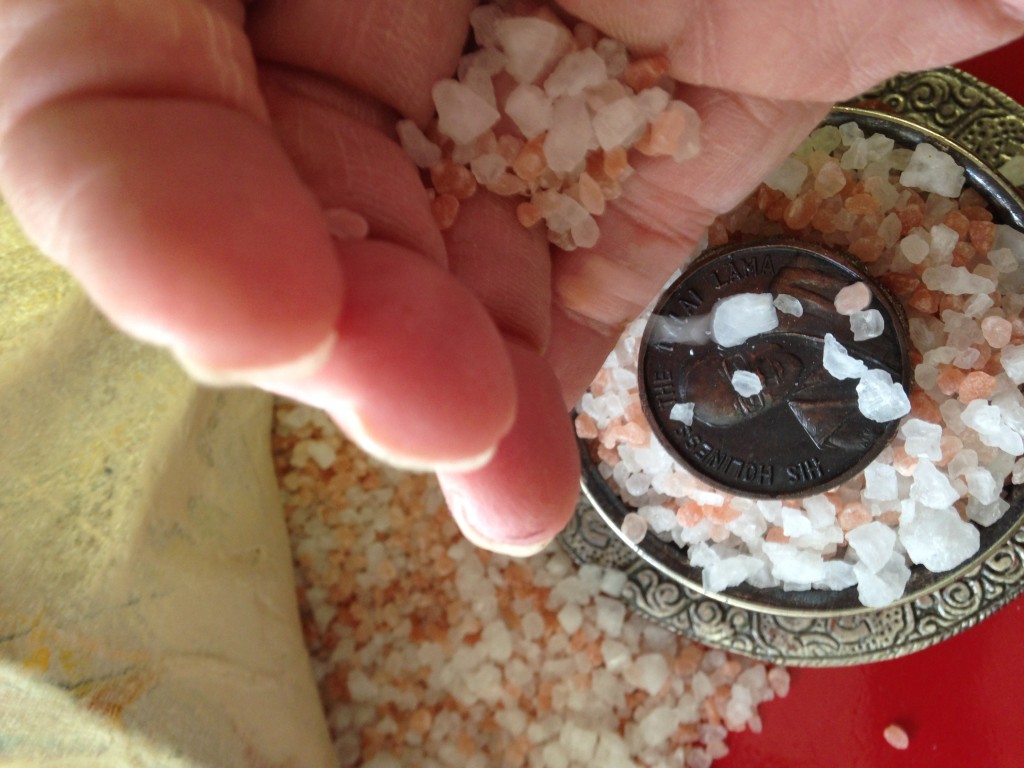