What’s Going on at the Stroll

For the May Gallery Stroll tonight there’s so much going on you’ll have to make some difficult choices. Here’s a bit of where our crew is heading tonight.

Fresh back from some international travels, Geoff Wichert headed over to Mestizo Arts this week to see the new show featuring work by Michael Pribich and Esperanza Cortes and sent us a quick plug (look for a further discussion in the June edition): 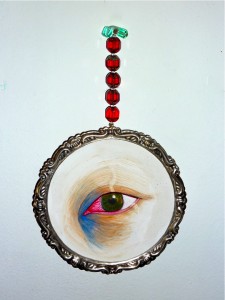 “Michael Pribich and Esperanza Cortes were one of many young couples starting a family among the lively mix of nationalities and cultures that made up lower Manhattan in September, 2001. In the months that followed 9/11 they lived in smoke and dust, but also surrounded by the devastation of their community. As artists, it was their task to witness their neighbors suffering, to record the struggles and eventual, personal triumphs: if possible, to lend what they could to the healing to come. Unlike those who made that day the literal subject of their art, Pribich and Cortes sought and found metaphors drawn from popular culture, with which to reduce the dissonance between what they lived through and how those in power packaged their story. Economics, work, and national security were all seen to lie more in values than in facts. The Mestizo Institute of Culture and Arts has brought Pribich and Cortes to Salt Lake City, where the Mestizo Coffee House Gallery will host selected works from their decade-long project to examine the gap between perception and experience among those used to being left out of history. Emphasizing the need for dreams and the desire to overcome everyday obstacles, they make audible the contrast between what ordinary signs misrepresent and what they actually say.” 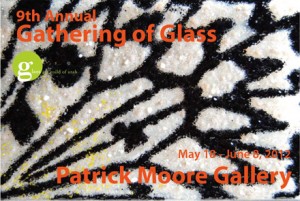 Gathering of Glass at Patrick Moore

Patrick Moore, in Sugarhouse (2233 S 700 E, SLC.), has a double billing to attract you to the south end of town. The Glass Art Guild’s annual Gathering of Glass is always a show worth checking out, the opportunity to see a range of artists doing all kinds of things with silica and color (For some past reviews of the annual show, see here and here. For a profile of the organization that brings all these artists together, see here). The gallery will also be exhibiting the  NAMI Utah Artists Project. For the past five years, the local chapter of the National Alliance on Mental Illness has sought to discourage the stigma of mental illness by exhibiting works by artists with mental illness in various local galleries. Their “Open Your Mind” fundraiser and event yesterday afternoon made for a full evening for those who love art and supporting those with disabilities (the 300 Plates Fundraiser at Art Access came right on its heels).

You may have noticed that May is the month for fundraisers (including our own) and awareness shows. Gallery Stroll (you know, the official organization that does all the work to keep the whole third Friday thing going) gets in on the action by celebrating National Bike Month tonight  with the 9th Annual Gallery Roll and 4th Annual Bike Art Show at SLC Bicycle Co. 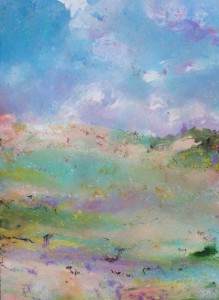 Utah Artist Hands has a benefit show of their own, a retrospective exhibit of the work Steve Salget, who died of HIV/AIDS in 2008, to benefit the Utah AIDS Foundation.