The Utah Waterolor Society has announced the winners of their 2013 Members Juried Exhibition, being held at Michael Berry Gallery in Salt Lake City (163 East Broadway)  through November 1. 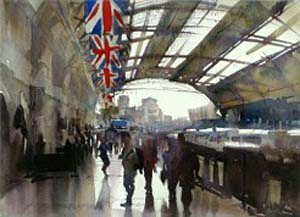 And in Logan, the Utah Watercolor Society’s Cache Valley Chapter is holding their Painting, a Breath of Fresh Air exhibit at Logan Fine Art Gallery, through November 8. The winners of this juried competition, selected by Joesph Alleman are: