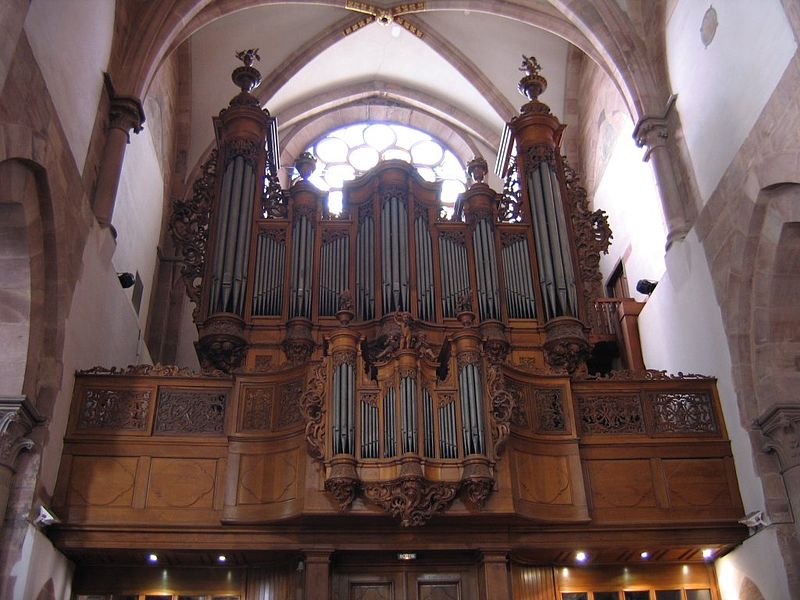 The organ. It’s the granddaddy of instruments, a big, loud, all-surrounding piece of machinery/architecture designed to fill out airy cathedrals. Tonight our friends at Salty Cricket present an evening of works devoted to it.

Organists Neil Thornock and Haruhito Miyagi will perform ten works by Utah composers, half of which are world premieres. Dr. Neil Thornock is an assistant professor of composition at Brigham Young University and received his DMA from Indiana University. Haruhito Miyagi is a Ph.D candidate in composition at the University of Utah and holds a BM in Organ Performance from Brigham Young University and an MM in organ performance from the University of Notre Dame.
“It is thrilling to address the challenges and advantages of the organ,” says Salty Cricket board president M. Ryan Taylor. “You’ll hear works that nod to traditional organ literature — Bach, toccata, fugue, fantasia — and you’ll also hear new sounds and effects that you didn’t know were possible on the instrument.”
Additionally, Salty Cricket will have copies available for purchase of the recently released cd ORG, a CD retrospective of Christian Asplund’s organ music played by Neil Thornock on Libby Gardener’s Lively-Fulcher organ and produced by Comprovise Records. Packaging is designed by graphic novelist and painter, Danijel Zezelj.  Of this recording, Boston-based composer-organist Carson Cooman said, “Tremendously inventive organ music. Some of the most creative writing for the instrument I know. Beautiful, compelling works brilliantly realized by organist-composer Neil Thornock.” Copies of the CD will be available at the Salty Cricket event for only $5 for ticket holders.

Monday, March 12, 2012 at the Libby Gardner Concert Hall at the University of Utah.  The performance begins at 7:30pm.

Tickets for the performance are $15, $10 for students. Organ and composition majors may take $5 off. Advance tickets may be purchased by calling 801.652.0737 or at the door. More information can be found at www.saltycricket.org