Utah Gets the Shaft 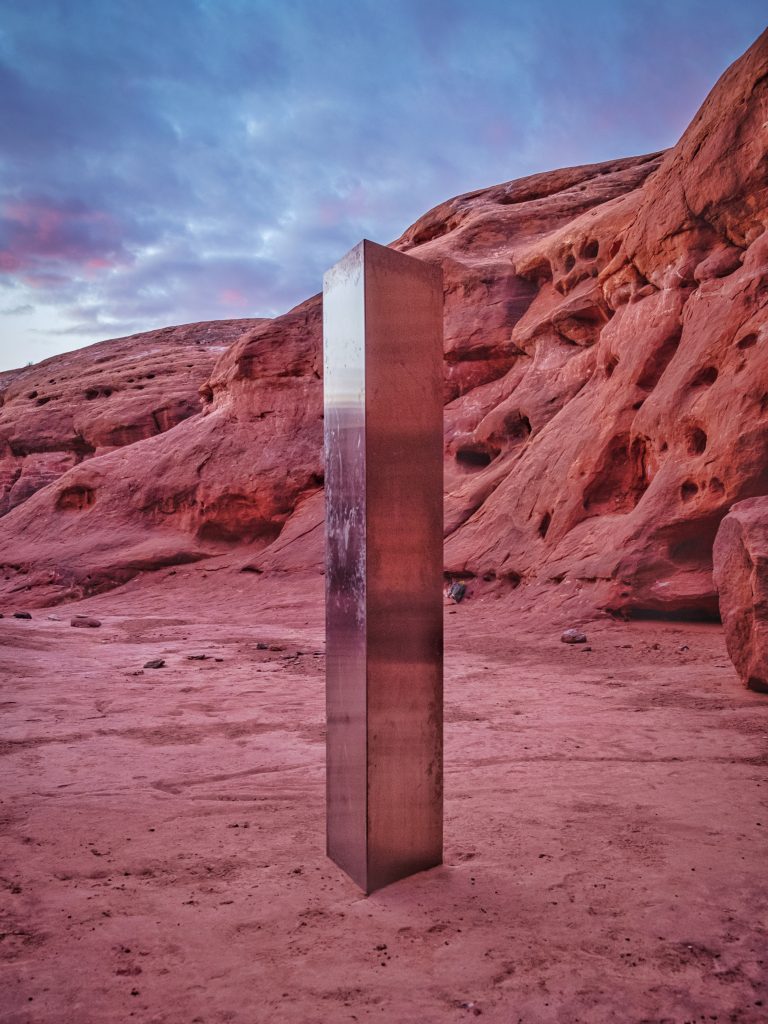 News broke in December of one of the great, unanticipated art discoveries in our lifetimes. Found in a remote, uninhabited wilderness location that preserved it in a pristine state for years, it is large, mysterious, and unlikely ever to be explained or understood. Discovered by scientists working in isolation, but who are enabled by technology to instantly inform and collaborate with scholars and journalists around the world, this paragon of self-expression proves, once again, that since the earliest times all humanity has shared common ways of thinking, seeing, and feeling.

I am referring, of course, to the eight running miles of prehistoric paintings found along the Amazon River in the Colombian rainforest and dated to as far back as 12,500 years ago. Called the “Sistine Chapel of the Ancients,” these three rock overhangs, with their thousands of images, can stand comparison to their contemporary works, the images found in ice age caves in Spain and France, which forever changed our appreciation of ancient humanity. They also strongly resemble the petroglyphs and pictographs found all over the American Southwest, left there by the Anasazi people 8,000 years ago. If nothing else, these acres of animal paintings, handprints, designs, and symbolic figures prove that there are probably a lot of as yet undiscovered human creations waiting to be found around the world.

This major find wasn’t the big news it should have been. Instead, what caught the public’s imagination was a ten-foot tall, plywood and stainless steel pylon found in Utah by wildlife scientists counting the dwindling animal populations, only to find instead yet more evidence of the primary reason for the disappearance of so much nature: careless human intrusion into their habitat.

For a decade now, environmentalists have been saying that we need to leave at least one-third of the earth’s surface in a natural state if the earth is to have the capacity to recover the damage done by human activity. Meanwhile, anyone who has spent much time in the supposedly trackless Southwest will be able to testify that, far from pristine, there are few places you can now go and not find evidence of human industry. The saying, “Take only photos, leave only footprints” takes on a sad new meaning when one considers the hundreds of miles of truck, auto, four-wheeler, and motorcycle tracks to be seen now in the vicinity of the shaft, mostly made within a week of its discovery. Consider that historians were able to rediscover the paths of the Conquistadors who first explored this area by following their trails, still visible hundreds of years later.

After the discovery of the lone steel erection was announced, media figures first tentatively suggested it was a work of art, then took to calling it that confidently. No one seems to have done what artists and art lovers do, which was to look first, examining it the way a photographer looks at something, from all sides and trying first to see what’s there. Evidence is not a popular pursuit in 2020, and instead of seeing the thing itself, it seems the first to view it did not see a skinny, blunt steel beam that was overwhelmed by the majesty of the surrounding rock formations. Instead, like those who saw the attacks on the Twin Towers on television, they were reminded of something they saw in a movie: in this case, from 2001: A Space Odyssey.

Despite it’s title, 2001 was made in 1968, and perhaps those who saw a resemblance between Utah’s mysterious object and the so-called monoliths in Kubrick’s film haven’t seen it recently enough. The ominous, looming objects in the movie, which drive the plot at three widely divergent points, are presented cinematically as powerful objects that change the course of history. Art lovers like to believe that art always has the potential to change its viewers the same way, if sometimes to a lesser degree. But another effect that art, especially film and television, seems to have on us is that we may project what we see on the screen onto things in real life. That seems to have happened this month in the redrock.

Calling what was found in that wash art invokes a frequent dilemma for many defenders of art. Our choice for what to call this falls between two poles: if it is art, it’s not very good, while if it’s something else, it may be a very good example of that. Someone who makes movie props told me that, based on his experience, this construction was not meant to last very long. Cobbled together from sheet metal, plywood, rivets, and some welding, it apparently was epoxied into a shallow, triangular recess sawn into the limestone desert floor. It’s a far cry from the ancient megaliths — “huge stones” — that were laboriously carved from durable material, then propped upright in carefully prepared holes so they might last forever. It has been suggested that this was a prop set up by someone making an unlicensed film, and if so a waggish urge, a dream of immortality, or laziness might have led to it’s being abandoned instead of removed. Had it been taken down when it was installed, four years ago according to the satellite photos, there would have been a small, easily buried mark. Still vandalism, but no more so than many authorized films do to their filming locations.

To me, the question of vandalism is central to all this. When this whatever-it-is was installed, public lands were a subject of much debate in Utah. While they still are, and may always be, the dust has cleared somewhat. Five years ago, a group of Utah activists took down a barrier and drove their four-wheelers through a federally-protected canyon to great public acclaim. It was a year or so later that the action under discussion now was made. Supposing the makers had some other reason for upending a human-sized steel box on disputed land, this context might have encouraged them to leave it. Since then, Phil Lyman was fined $96,000 for leading that four-wheeler protest, and just recently his counter-suit was thrown out by the court. The persons responsible — or should we say irresponsible — for the intervening breach may have realized only now the jeopardy they put themselves in.

The relationship between vandalism and art is complex, not well understood, and neither much discussed. Contemporary art could almost be defined as primarily the work of vandals. Our much-praised murals are a sanctioned form of graffiti, while shocking the bourgeoisie by dissing their icons has become an all-but essential step on a serious artist’s curriculum vitae. Banksy, a widely known and now quite avidly collected street artist, doesn’t call what he does “art.” He calls it “my vandalism.” But his targets — the Israeli Wall, urban slums, Park City’s wannabe filmmakers — are commonly disparaged. Nothing he has done suggests he, or his audience, would condone an attack on a pristine redrock landscape.

It’s a problem, rather, when the equation is reversed: when anything that might mystify, confuse, or cause offense is reflexively called art. Now and again someone who hasn’t thought about it much may say that art has no purpose, but the rest of us know better. What appears to be pointless, rather, is this sad intrusion into nature. The two copycat sculptures, one in Romania and the other in California, were clearly meant to be found, appreciated, and to comment on this one. No such presentation or content applies here. Most tellingly, the haste with which an alleged BASE jumper rushed to the scene — he seems to have known exactly where he was going — and removed what he could of the evidence suggests, as my filmmaker friend theorizes, that it wasn’t meant to be found, but was left to perplex anyone who came across it. If we didn’t already have enough to say against our commonplace experience of 2020, we would have this to add: that a hundred-dollar practical joke convulsed a world in desperate need of a distraction. For that, we should all be ready to thank the perpetrators. We might write that message on the back of the citation for all the damage they caused.