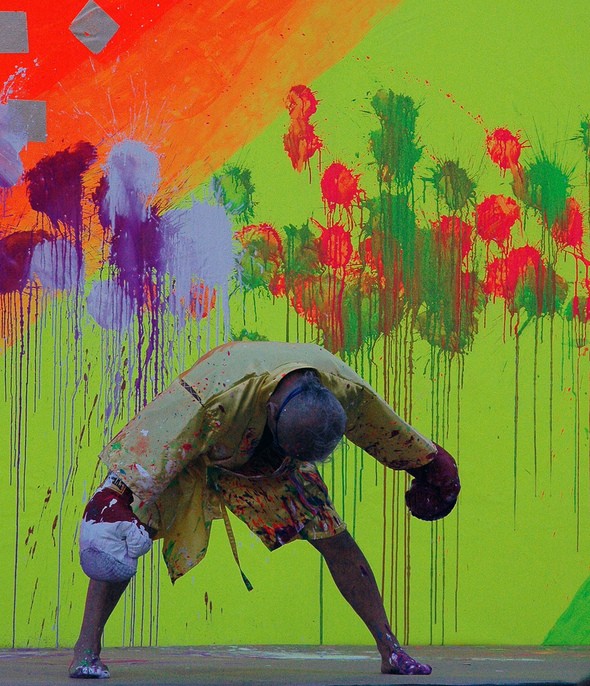 Ushio Shinohara in front of one of his boxing paintings (not the cover of ARTnews).

The cover of the January edition of ARTnews magazine features the detail of a painting by an artist who isn’t even mentioned within its pages. Barbara Pollack’s cover story on the new wave of interest in postwar Japanese art mentions plenty of Ushio Shinohara’s compatriots, artists like  Jiro Yoshihara, Jikken Kobo and Yoko Ono, but not him. Shinohara, who has been based out of New York for several decades, can take some consolation, however, in the fact that he is the subject of a new documentary, Cutie and the Boxer. An intimate portrait of Shinohara and wife Noriko, another Japanese immigrant and fellow artist, the film premieres this week at the Sundance Film Festival. In conjunction with the screenings, Shinohara’s work will be on display in exhibits in Park City and Salt Lake.

One can understand why layout editors at ARTnews chose Shinohara’s painting for the cover. His works — and the pun here seems unavoidable so we might as well dispense with it now — pack a lot of punch. In the 1960s Shinohara became famous for creating paintings by dipping the tips of a pair of boxing gloves into ink or paint and then assaulting the canvases. Since then, he has experimented with different forms, including “junk art” where Shinohara created motorcycle sculptures out of trash and found objects, “imitation art” that mimicked the works of American pop artists, and Oiran works that transformed the traditional image of the geisha into forms of grotesque beauty. Since the 1990s he has reprised his boxing paintings, treating them as performances for audiences in numerous locations.

During the Sundance Film Festival Park City’s JGO Gallery will be featuring works by Noriko and Ushio Shinohara. Shinohara, who turned 81 yesterday, will give a live boxing painting performance at a private reception on Saturday, January 19. In Salt Lake, CUAC opens Ushio Shinohara: Boxing Painter tonight, from 6-8 pm and will hold another private reception and performance by Shinohara on Monday, January 21. You can get details and be added to the list by emailing art@cuartcenter.org. JGO’s exhibit runs through next Thursday, and the CUAC’s show closes March 10. 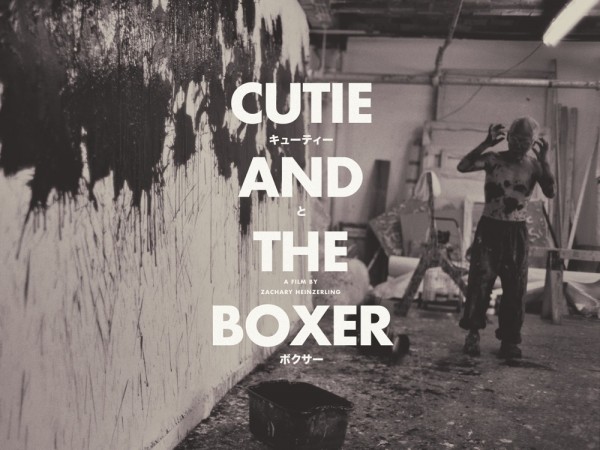 Cutie and the Boxer is showing at the following times and locations during the Sundance Film Festival:
January 19, 6 pm  Temple Theatre, Park City