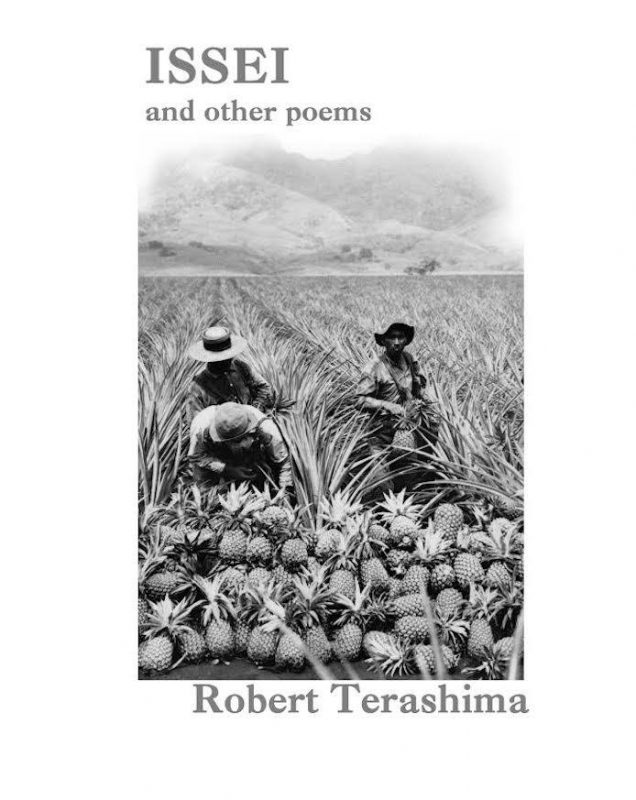 In 1966, Salt Lake City’s “Japan Town” was demolished to build the Salt Palace Convention Center, taking with it a deep cultural memory of institutionalized prejudice. Although many Japanese immigrants came to America between 1884 and 1907, Asian immigrants were prevented from becoming naturalized citizens until 1952. A ban on Asian immigration after 1907 led to distinct generations of Japanese-Americans: Issei who were born in Japan and ineligible for U.S. citizenship; their children, called Nisei, who were citizens by birth; and their grandchildren, called Sansei. Excluded from full civic participation, Japanese immigrants set up businesses in segregated urban neighborhoods known as “Japantowns.” After the attack on Pearl Harbor, prejudice erupted and people of Japanese ancestry were relocated from the West Coast to various internment camps such as Topaz near Delta, Utah, which operated between 1942-45. If you don’t know this history, Robert Terashima’s poems offer a haiku-like crash course.Robert Terashima is third generation Japanese-American (Sansei) from Utah. His chapbook offers a family history told in pared-down Japanese-style poems. Brief historical notes provide context for non-Japanese readers. For instance, the cover illustration of a Japanese farmworker in Hawaii relates to the poem “Migrant:”

In “Pearl Harbor Day,” the poet’s father and uncles are returning from duck hunting near Utah Lake, unaware of what has happened:

Terashima’s poem deftly pulls layers of history onto the image of Japanese men with guns on the eve of World War II. The explanatory note declares, “we find this [poem] racist,” and then quotes Simon Young of the Asian-American band The Slants, who says that when people complain about the band’s name, “I thank them for being offended on my behalf.” Last summer The Slants won a U.S. Supreme Court case allowing the band to trademark their name after it had been rejected by the U.S. Patent and Trademark Office for being too offensive. The decision in Matal v. Tam notes that “Simon Tam, lead singer of the rock group ‘The Slants,’ chose this moniker in order to “reclaim” the term and drain its denigrating force as a derogatory term for Asian persons.” These outwardly simple poems are more complicated than they seem.

Hesitates at the diner door

You can feel the terror of what might happen, though in the poem the worst does not.

Inevitably, Japanese-American citizens end up in the American melting pot. In 1966, Terashima avoids the draft, classified 4-F because of fused fingers, but is nonetheless found eligible for medical service, when ironically the other workers stand up,

to shake my hand
calling me a patriot

In the concluding poem, the poet notices previously unseen figures in a Japanese ink brush painting,

To see it now
after all
these years!

Terashima’s themes of Japanese-American history and identity invite comparison to Brian Komei Dempster’s “Topaz,” which won the 2014 15-Bytes Book Award in poetry. Comparatively, Terashima’s poetry reads like a commentary on history, aiming specifically to awaken awareness of the past, and the historical notes emphasize each poem as a reaction to a specific event. By contrast, Dempster who is half-Japanese, half-white is far less certain of what things look like after all these years, and his powerful poetic exploration of Japanese-American identity comes across as more philosophical and complex. While Terashima’s poems react to what happened, Dempster’s poems explore how unfinished history persists into the present. The two books practically beg to be read together.