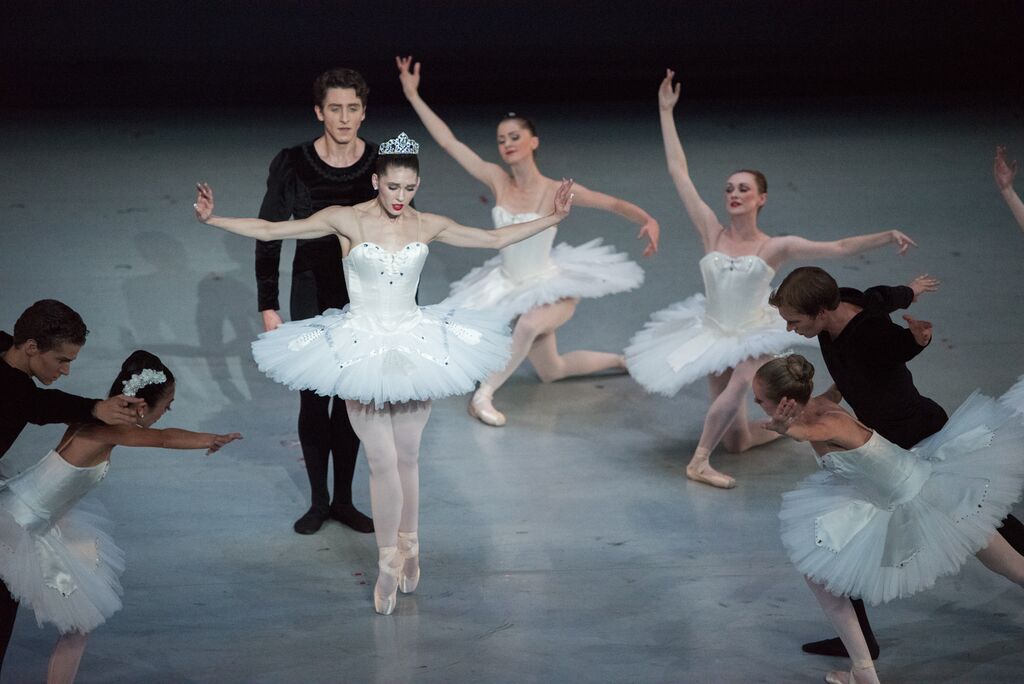 Opening with Jerome Robbins’ “Fancy Free,” the company explores not only narrative fare which typically interests a broad public but also the resurgence of ballet crossing over into musical theater. With New York City Ballet dancers Robert and Megan Fairchild (who, by the way, are Utah natives) taking on Broadway roles, the resurgence of Robbins’ work seems relevant on a local and national scale.

Known most widely for choreographing “West Side Story,” Robbins had a knack for choreographing theatrical scenarios with clarity: dancers move deftly and musically between complex phrase-work and simply walking across the stage. In solos exploring male bravado, Chase O’Connell in particular demonstrates a unique blend of character and precision, his long limbs at times held in perfect control and, at others, sent across the space with abandon.

After a recent performance in Minnesota, one blogger raised questions about the relevance of “Fancy Free’s” story-telling. She saw the premise of the piece as problematic, that three sailors on 24 hour leave in the 40s would not successfully vie for a woman’s attention by stealing her handbag. Although it’s true that some of the content seems out of sync with current sociopolitical conversations, it’s undeniable that Robbins had a gift for choreographing a narrative, if not supplying it. 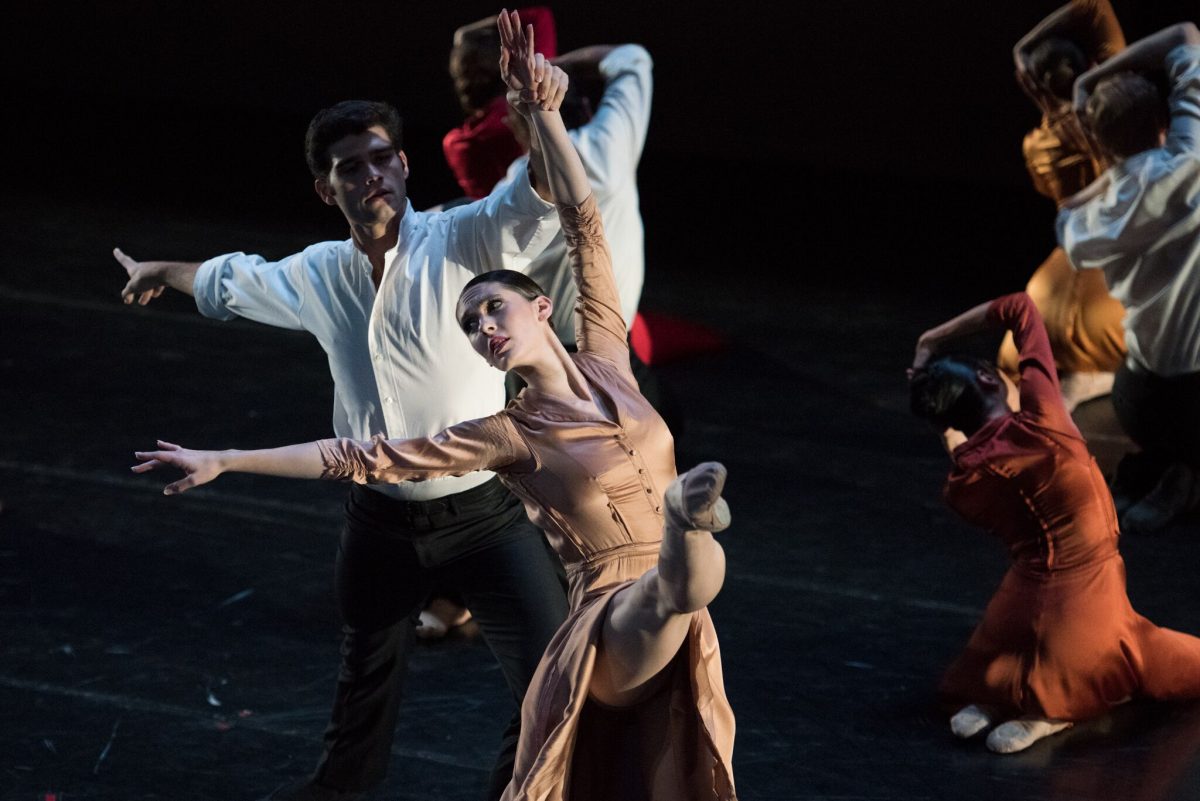 Ji?í Kylián’s “Overgrown Path,” is a significant shift in tone. Premiering in 1980, the choreography is based on a piano cycle by Czech composer Leos Janá?ek that considers the loss of his daughter. A series of lush vignettes spill out of the score and Jenna Rae Herrera and Arolyn Williams capture the combination of strain and frailty that the narrative suggests, with its titles like “A blown away leaf,” “Unutterable anguish,” and “In tears.” Throughout, mournful women clutch skirts to their chest, contract their bodies and fall back into the arms of their male partners.

The structure of “Overgrown Path” is unquestionably ballet, beginning with an ensemble, meandering through small groups and returning to an ensemble. But Kylián’s moving material calls to mind many women of modern dance. In a program of icons who all happen to be male choreographers, this reminder of works by Helen Tamiris or Martha Graham seem as topical as the work’s original dedication to Anthony Tudor.

Kylián’s work served as a touchstone into idioms popular in contemporary ballet, but the program concludes with Balanchine’s “Symphony in C,” a crown jewel of classical ballet. Ballet West has previously performed excerpts but this concert shows the full work and utilizes so many dancers that advanced students are also included to round out the corps de ballet.

Opening night featured a few technical missteps, but if anything, this highlighted the soloists commitment to Balanchine’s aesthetic of fully moving off the leg and manipulating their torso to elongate the body. The women, in white tutus and tiaras, are the embodiment of the ballerina in the jewelry box if her spring was loosened a bit. Unfortunately no such metaphor exists for the men so that the musicality and depth of performances by Adrian Fry and Rex Tilton lack appropriate description. 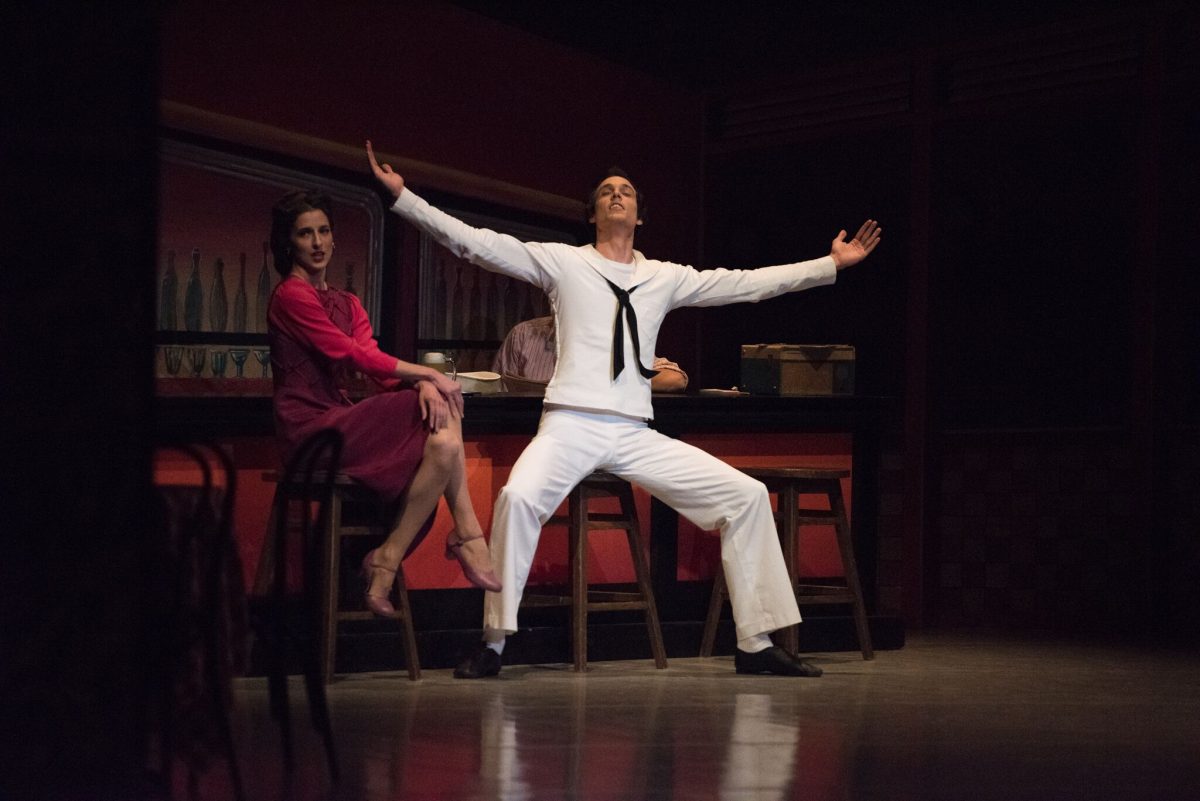