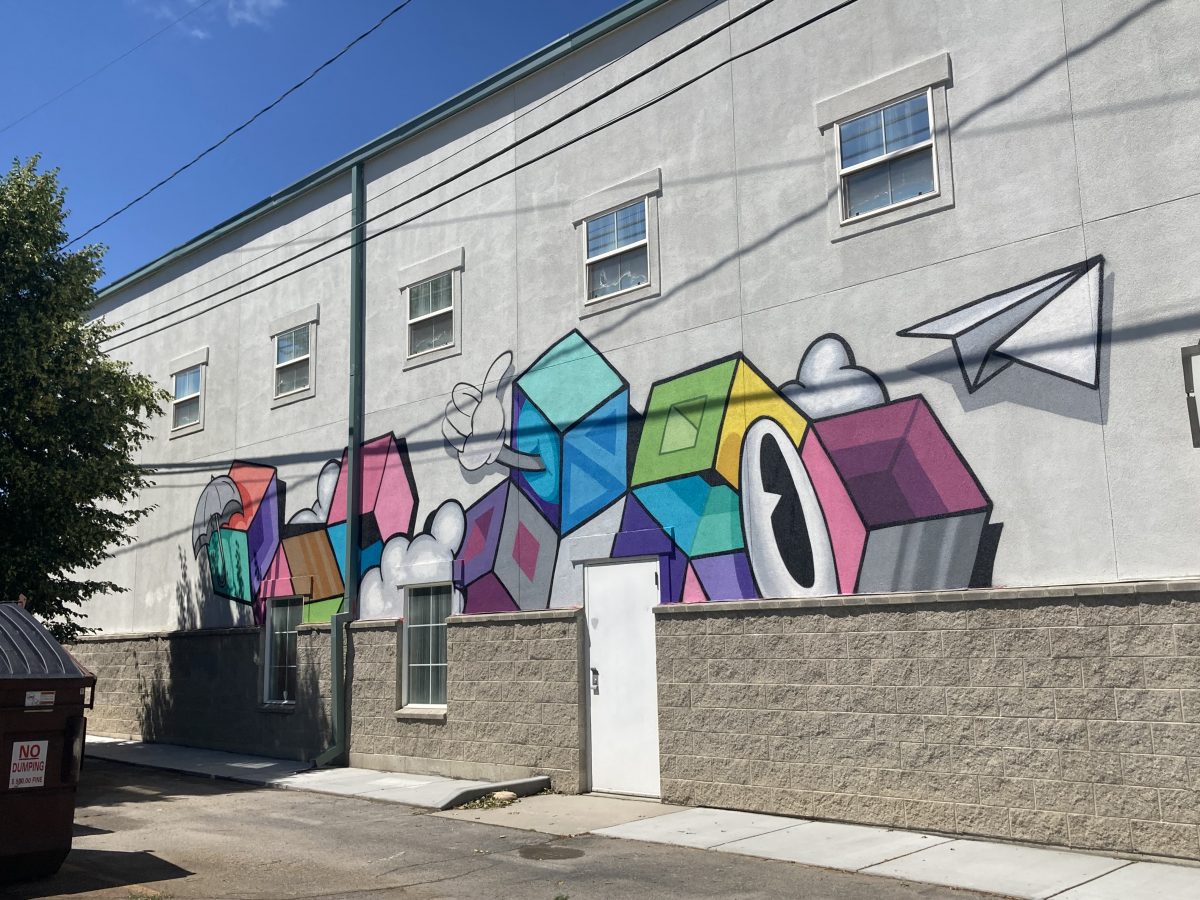 Not all walls are created equal. Ask any mural artist. Some are relatively smooth, others worn rough with age. Some are broad and accessible. Others are tall or out-of-reach.

Trent Call has painted just about every type. His works have been going up on walls in the Salt Lake City area for more than a decade. There’s the Acme Co. mural, high up on a wall so it’s visible from the 600 North overpass. A couple of more recent walls, The Bewilder Brewing Co. (445 South 400 West) and Jazz History (112 South Main Street) murals, a large but accessible, both for the artist and viewers.

For the Midvale Main Street Mural Festival held in June, Call was presented with one of the more challenging walls. “The sidewalk and power lines were kind of annoying. I just squeezed between them and tried to make the composition work above the brick line.” Call’s comics-style boxes, eye and hand emerge from the brick line as if they are floating behind it. Look once and you might think you’re only seeing part of it behind a brick wall. “I was going for something a bit more abstract. Bringing a bit of color and bounce to an alley with a prominent dumpster placement.”

Call’s work looks across to the parking lot of Old Town Tavern, where the area’s original mural celebrates the town’s history of mining, farming and a certain type of night life. That mural has now been joined by a score of new ones due to the Mural Festival, the initiative of All Caps Gallery, located across the highway on the other side of Midvale. 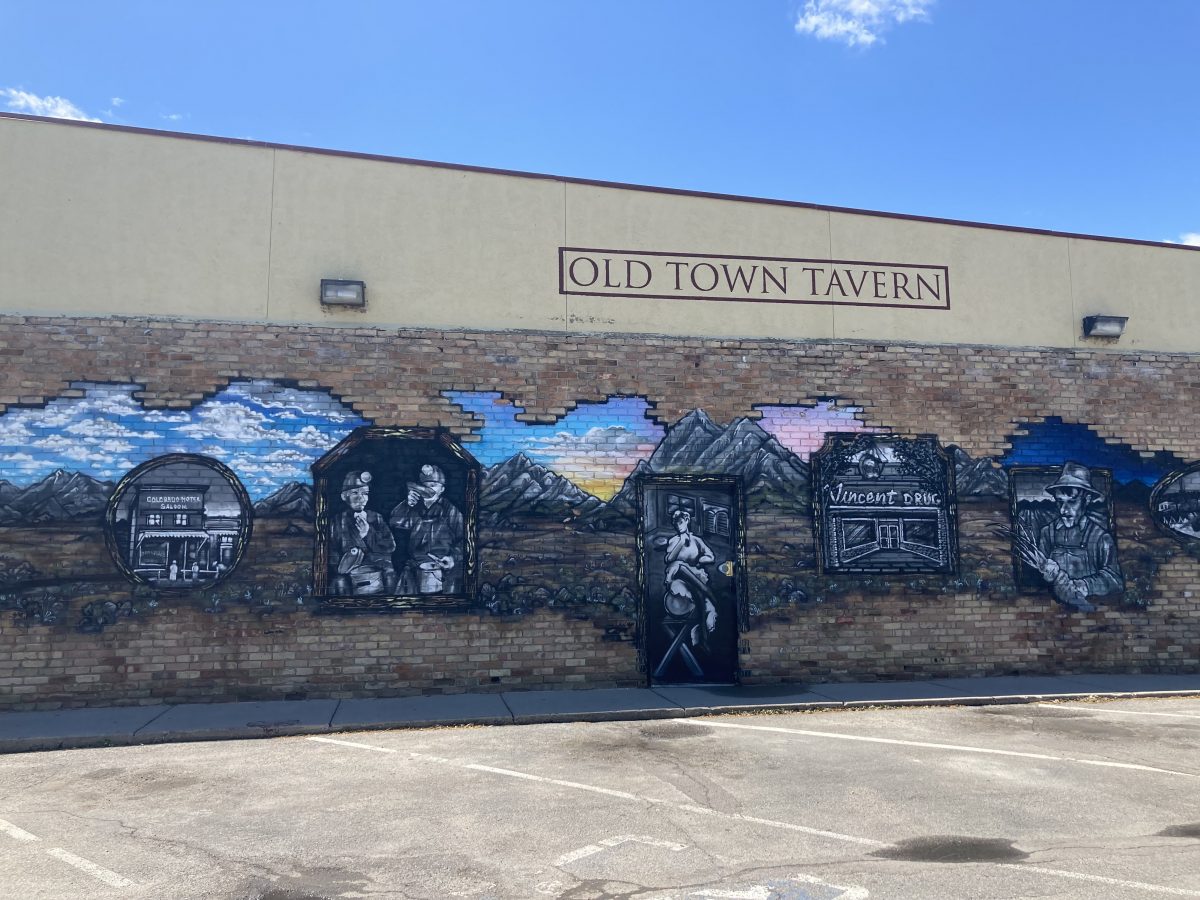 “Every wall is its own challenge,” Call says. “It’s nice getting out of the studio, climb some ladders and use up some paint.”

During the month of June we’re featuring articles on several murals and muralists in Utah. You can discover several for yourself by visiting our Art Lake City map.