To Be In This Country V. Douglas Snow, a Tribute 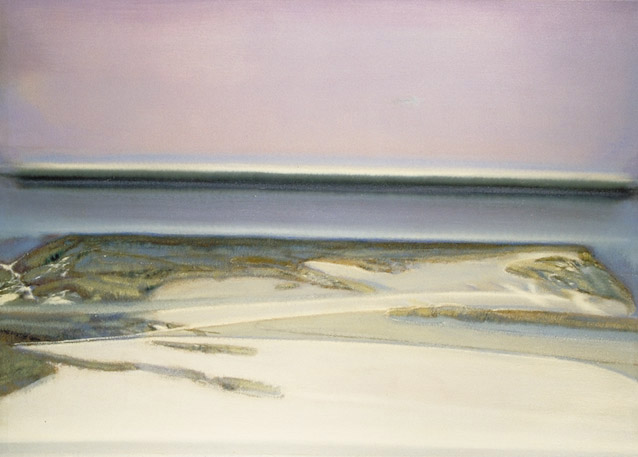 Almost thirty years ago, V. Douglas Snow began building a studio half way between the small southern Utah towns of Grover and Teasdale. He expanded it over time to accommodate his bourgeoning art and family life. “It has grown into a jewel over the years,” said friend and Salt Lake City-based fine art appraiser, Allen Dodworth.

The place eventually reached capacity, so Doug and his wife Susan squeezed out living space in the rear of the studio for their daughter Felicia. This was an unsuitable arrangement as she became a teenager, so Felicia finally got a room of her own when the Snows built a new house just a few yards away.

Doug could then use his entire studio space. “I’m pleased at the difference in the quality of my work and my productivity,” he said about the family’s changed living arrangements. “In the morning I say, ‘I’m off to work,’ and out the door I go.”

In this scenic, economically-strapped community at the edge of Capitol Reef National Park, Doug’s neighbors treated him with what he said was “extraordinary kindness,” yet he said that some perceived him as a retired and reclusive university professor who had outsider views about politics, religion, and land use. 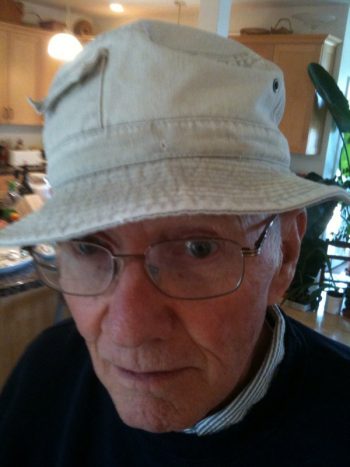 Doug, however, claimed status as a local. When another painter, Wulf Barsch, came into the area several decades ago looking for property, he asked a rancher if there was any land for sale, introducing himself as an artist. The rancher looked at him, squinted his eyes, and said: “We already have an artist.” That was Doug Snow.

Doug’s mother, Loree Forsyth, was born in Loa (northwest of Teasdale). She spent her high school years with her uncles in Alberta, Canada, and later returned to Utah where she taught school in Richfield. At the end of World War I, she married Vivian Doug Snow, a young soldier. They moved to Salt Lake City and had two daughters and one son. The boy was named after his father and is known as V. Douglas Snow. Loree provided a culture-filled family life, motivated by the absence of art, music, and literature in her own growing up years. She did not introduce her children to Southern Utah, however, until the late 1940s.

“Perhaps to her surprise, we fell in love with the place as soon as we saw it,” Doug recalled.

Doug was 18 when he took that first trip into red-rock country. It was an epiphany—a change from Saul to Paul, as in the New Testament. Paul’s illuminating, yet blinding light came from heaven; Doug’s came from a cloudless desert sky. That land is “the source” of his inspiration, “the center” of his “strength,” he said.

For over a half a century, Doug roamed the desert lands of Southern Utah, carrying his paints, brushes, sketchbooks, and camera. Such places, wrote Annie Dillard in Pilgrim at Tinker Creek, “are giant, restful, absorbent. You can heave your spirit into a mountain and the mountain will keep it.”

Until his death on October 20, 2009, in a one-car roll over in Sevier County near Koosharem Reservoir en route from his home to Salt Lake City, he heaved his spirit into the mountains and the mesas around Capitol Reef, and they kept part of his spirit during each rendezvous, slowly absorbing him. 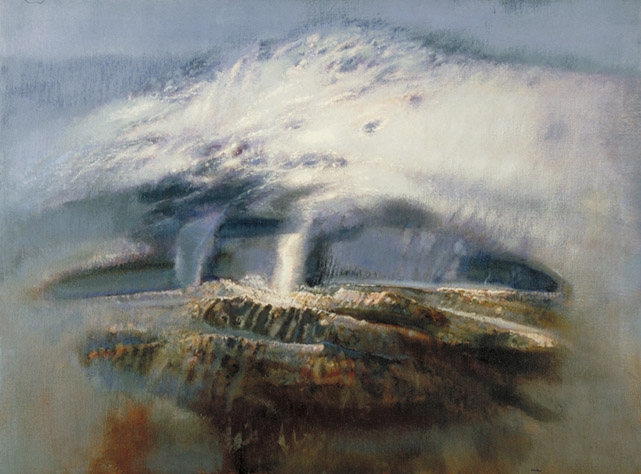 In return, they give him strength, vision, and fulfillment as long as he made an offering—a painting, a sketch, a journal entry—private tokens that commemorated stunning encounters with the power and the grandeur of the natural world. And, like icons in a cathedral, they are light-filled, colored windows into spiritual domain. “You have to stop and let his paintings come into you,” Dodworth explained.

For almost 40 years, Doug, a graduate of the prestigious Cranbrook Academy of Art in Michigan, divided his time between teaching (mainly at the University of Utah) and painting. He left teaching over ten years ago to roam the desert where he stored impressions for paintings, drawings, and etchings—hundreds of them invested with the power of memory and imagination. For Doug, work was essential, but so were family life, friendships, music (especially opera), reading, and traveling.

Most of Doug’s landscapes draw their power from a singular prominent reference in the sage and juniper-covered Awapa Plateau country at the base of Wayne County’s Boulder Mountain: the stunning Cockscomb is a huge, rugged, serrated rock formation. Doug deliberately positioned his studio so he could see the Cockscomb every day.

“I could spend the rest of my life painting just the Cockscomb,” he said. “It would be my Mont Sainte-Victoire”—a landmark that French Impressionist Paul Cezanne repeatedly painted from his studio at the end of his life. 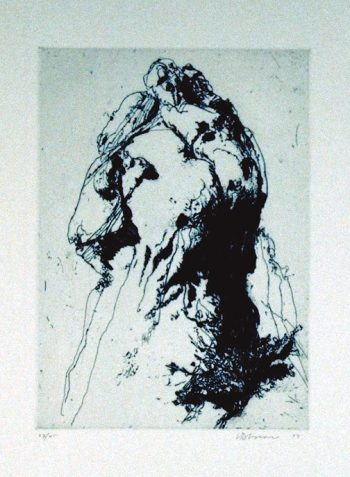 Doug’s obsession with the Cockscomb was similar to Georgia O’Keeffe’s fixation on Mt. Pedernal in Abiquiu, N.M. She painted and sketched hundreds of works of the odd-shaped mesa; it became her self-identifying motif.

Laurie Lisle, the author of one of O’Keefe’s first comprehensive biographies, wrote that “she painted its tilting top and its slanting slopes with red hills, flowers, the moon and stars, sometimes against a blue sky and sometimes under a gray sky. ‘It’s my private mountain,’ she joked in old age. ‘It belongs to me. God told me if I painted it enough, I could have it.'”

Dodworth said that Doug “has painted that mountain and its neighboring cliffs, gorges, and washes at all hours, in all seasons, over many years.” Unlike O’Keeffe, who wanted to possess her Mt. Pedernal, Doug was possessed by his Cockscomb.

The Cockscomb motif holds the key to understanding Doug’s expressionist vision, and is fractured or reflected in almost everything he painted—a small nude, a still life, an animal, ancient Italian ruins, or Venetian waterways.

The landform also symbolizes Doug’s identity as a partner with his ecological surroundings. In a 1973 studio notebook, he wrote that the Cockscomb is “a single strong idea with infinitely subtle variations.” To him, it captured all of the wild and beautiful places in Southern Utah.

Although blatant abstraction, bold color, and complex texture are essential to his work, Doug never completely left the viewer stranded in the violent, atmospheric swirling color fields of his paintings. There is always a fragment of the familiar or a point of reference back to representational land and sky forms.

Doug imbued canvases, whether modest or mural-sized, with his painterly view of the Colorado Plateau from memories and unrestrained imagination. His perspective was often from a far or soaring above his subject, looking towards a place with violent skies, craggy canyons, and smooth, vertical rises and red-cliffed upwarps (one of author Edward Abbey’s terms) that drop and bend and fold. 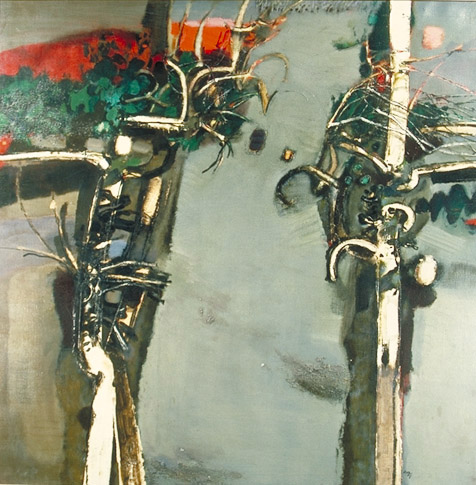 Atmosphere permeates Doug’s paintings. Atmospheric thrusts, he said, “create zones of pressure where certain spaces get full and then release. I’m not really painting landscape, but the feelings derived from my memories of them.”

People often said to him, “I know where you painted that.” He wryly smiled and didn’t contradict them. Most of his landscapes, however, are a “composite of thousands of different elements,” that impose one layer over another until the tensions and juxtapositions build a complete work. 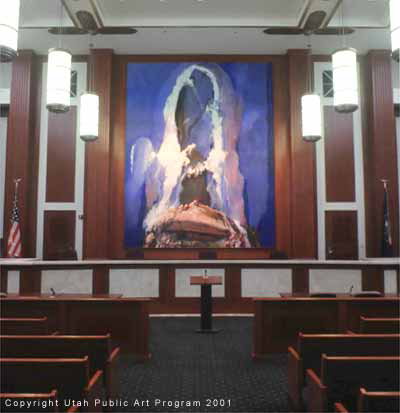 Why did Doug, a nationally-recognized artist, stay in Utah instead of moving to New York City, the Mecca of contemporary art? “It’s like living as an artist during the Renaissance and connecting with Florence, but knowing I’m from Pisa,” he said.

“I’m interested in squeezing out all that I can from wherever I am. Even though I may show in New York again, I’m not desperate for it. This place is it. I honestly think art in this country would be a more meaningful force if more artists took advantage of where they are planted.”

Doug also said it’s important to avoid the provincial. “I try to do that by measuring myself, my work, against people I most admire. And I think most of the people I admire do that. They want to be very good. Without such determination, a painter’s work becomes generic and uninteresting.”

“Every artist probably wonders if he or she made the right decision to dig in to a certain place. I’m always thinking of Tennessee Williams’ South, William Faulkner’s Mississippi, John Steinbeck’s West Coast. Their sense of place, without provincialism, is what gives their art its enduring power.” 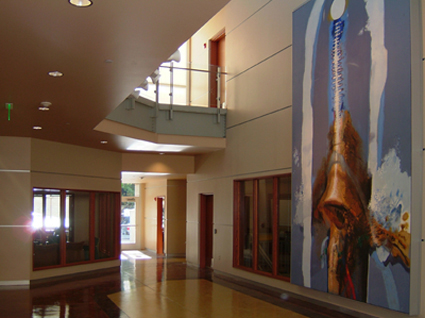 Painting by V. Douglas Snow which hung in the Pioneer Theatre for many years and is now at the Utah Archives Building

In a 1992 journal entry, Doug wrote: “To be in this country. To live in it much of your life; to understand its geology, its history, to see it in all its seasons, and still, ultimately, to know nothing that can summarize it. All you can do is have faith in the strength of the experience, paint, ‘not knowing,’ but with conviction in the significance of those feelings.”

A version of this article originally appeared in Salt Lake Magazine. Doug Snow, painter Tony Smith, his son Willie, art collector Nick Gosdis, his sculptor brother Ted (now deceased), and Frank McEntire spent several Thursday evenings each month for years sitting at a round table in the Rio Grande Café with freshly sharpened pencils and a stack of crisp, white paper drawing and then reworking each other’s sketches, talking, eating chips and salsa, teasing the devoted servers, and mercilessly ribbing each other. As Doug would say, “Nicky, pass the chips. No, not those. The blue ones.” 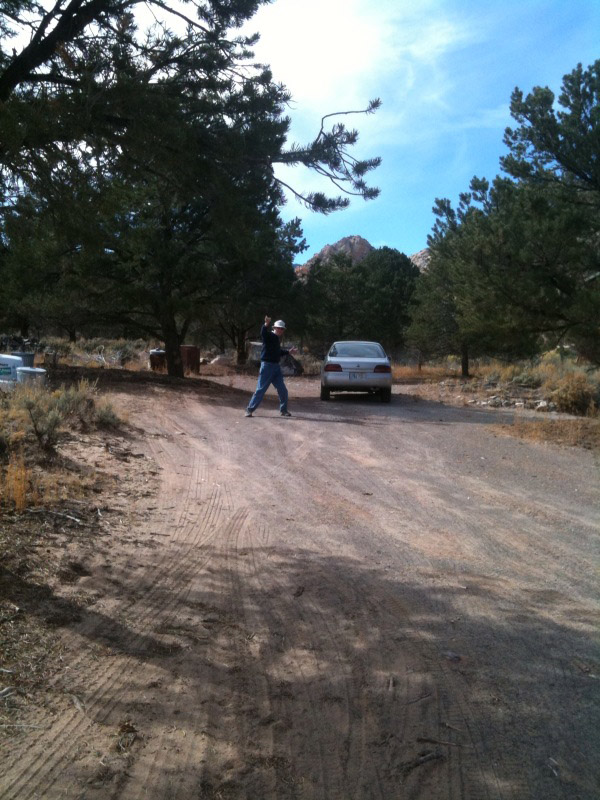