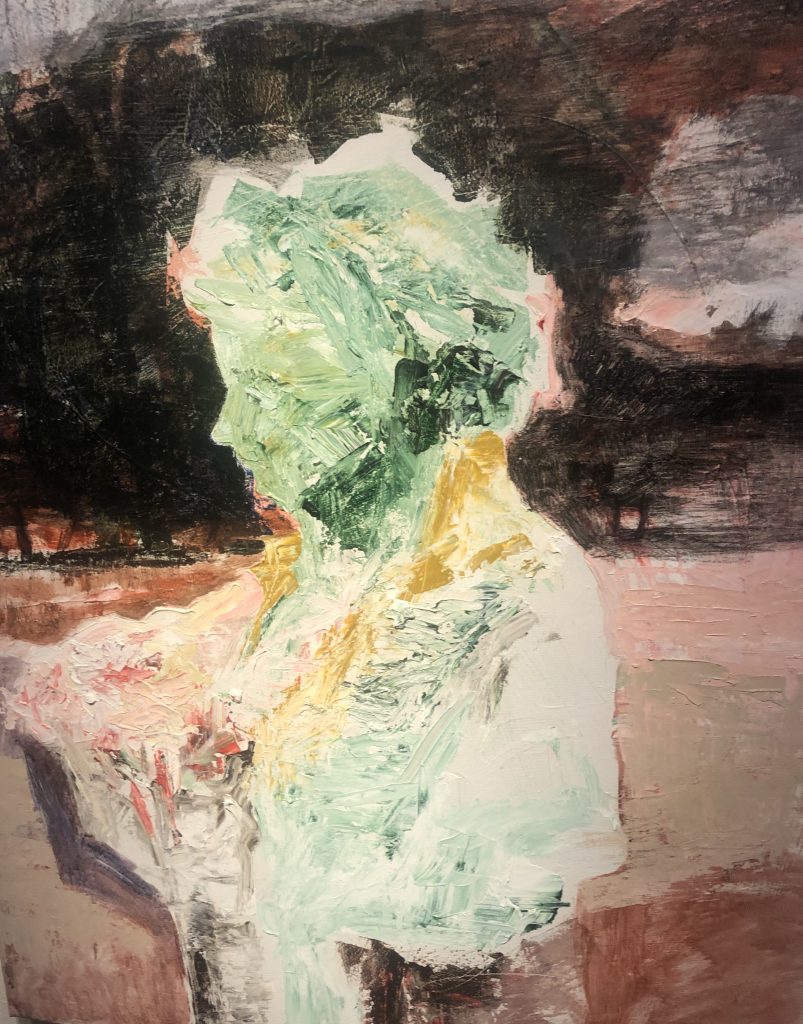 In Art Access’s exhibition In Search of Homeland, Iranian artist Heydar Rasoulpour explores themes of personal identity and home in a series of abstracted figural paintings that evoke sentiments of unease and intrigue. Paired with Rasoulpour’s work are the abstract paintings of Clarence Bowman, works that vary widely in scale and style and which are combined under the exhibition entitled Do You See What I See? This pairing suggests some of the possibilities and difficulties of subjectivity in abstract art.

In one of Rasoulpour’s paintings, an unquestioningly bold and brash series of thick brush strokes coalesce to form a human profile. In a flurry of green, white, and yellow, the coarse profile is set against a dark and bleak backdrop, creating a palpable anxiety. The artist’s use of figural abstraction and color is at once novel and yet wildly reminiscent of the innovations of late 19th– and early 20th-century pioneers such as Gauguin and Derain. Uniting Rasoulpour’s body of work are cogent themes of loss and displacement, evidenced by abstracted and obscured figures nestled in chaotic landscapes. Rasoulpour’s approach is similar to many artists who have long utilized a deliberately “unfinished” effect in their work to indicate liminality and unrest (in his Slaves sculptures, Michelangelo famously left “unfinished” sections of marble appearing to tether the tortured and anguished subjects). His use of color and marks are promising, and create a lively and diverse array of paintings that invite viewers to ponder subjects that, while psychologically ambiguous, are relatable. His paintings leave a Gestaltian breadcrumb trail, balancing the right amount of context with an appropriate vagueness, amplified by the loose and errant application of paint. 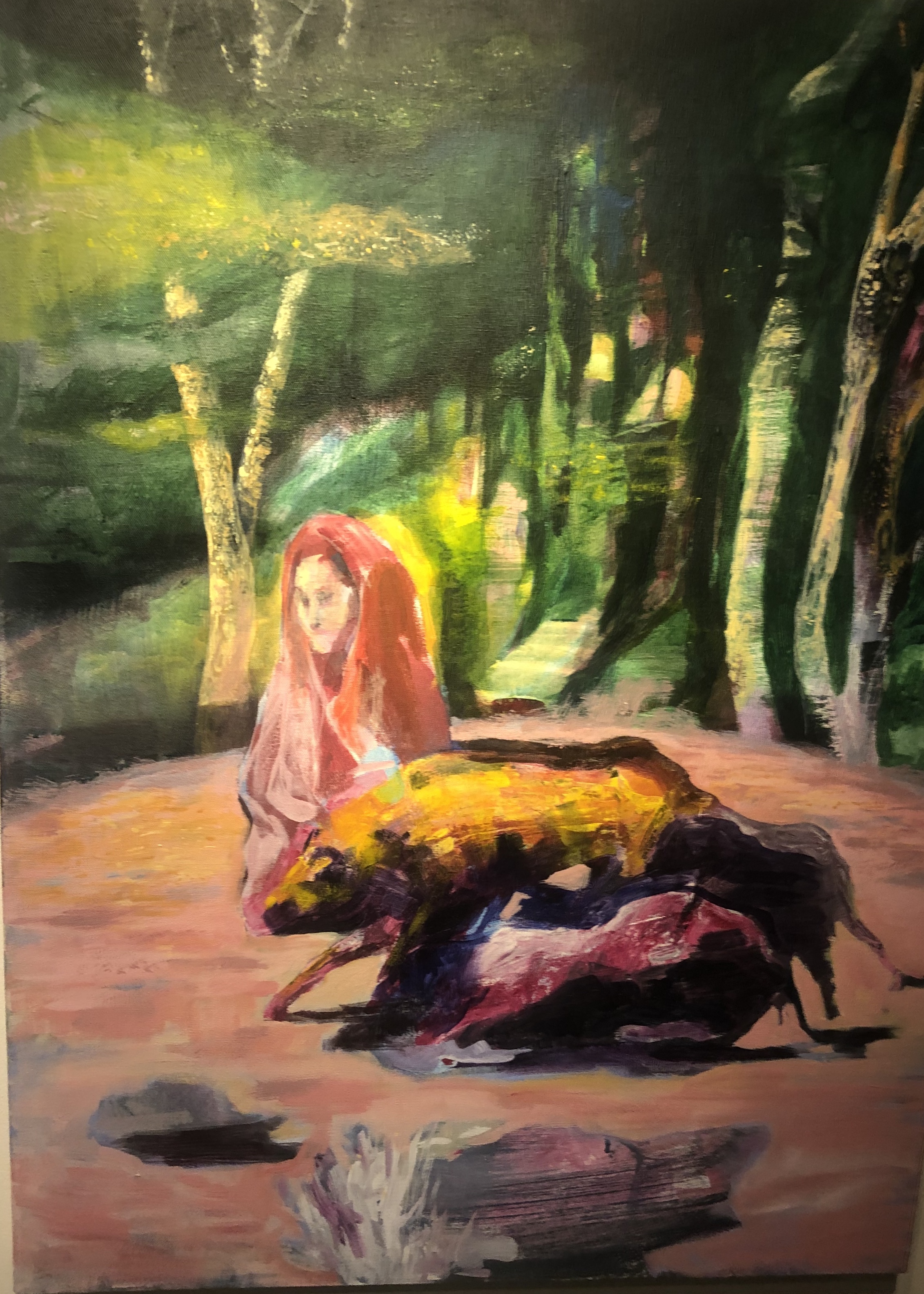 Bowman’s work is also characterized by an expressionistic outpouring in paint. His mark-making is at its peak with “Gust,” a large oil piece near the gallery’s entrance: delicate brush strokes dance across the canvas in complementary colors and playful placement, aptly conjuring the work’s title. Nearby, “Reclination” evidences another abstract experiment of sorts, presenting a treelike image with branching extensions of blue and black strokes, coexisting with blurry traces of paint. While this pair stands out for its execution and cohesion, the other works fail to leave much of a mark; and complicating the viewer’s experience, there is no detectable theme (or style) to link the works grouped together here. According to the show’s press release, Bowman’s art “invites the viewer to step inside his large-scale works encouraging viewers to discover their own meaning and reflection in paintings presented,” but such an overly broad invitation can be problematic. There is such a thing as too much subjectivity, a critique nonobjective painting is particularly vulnerable to; and when a viewer fails to detect a unifying rhythm or process throughout an artist’s practice, entering the work becomes even more difficult. 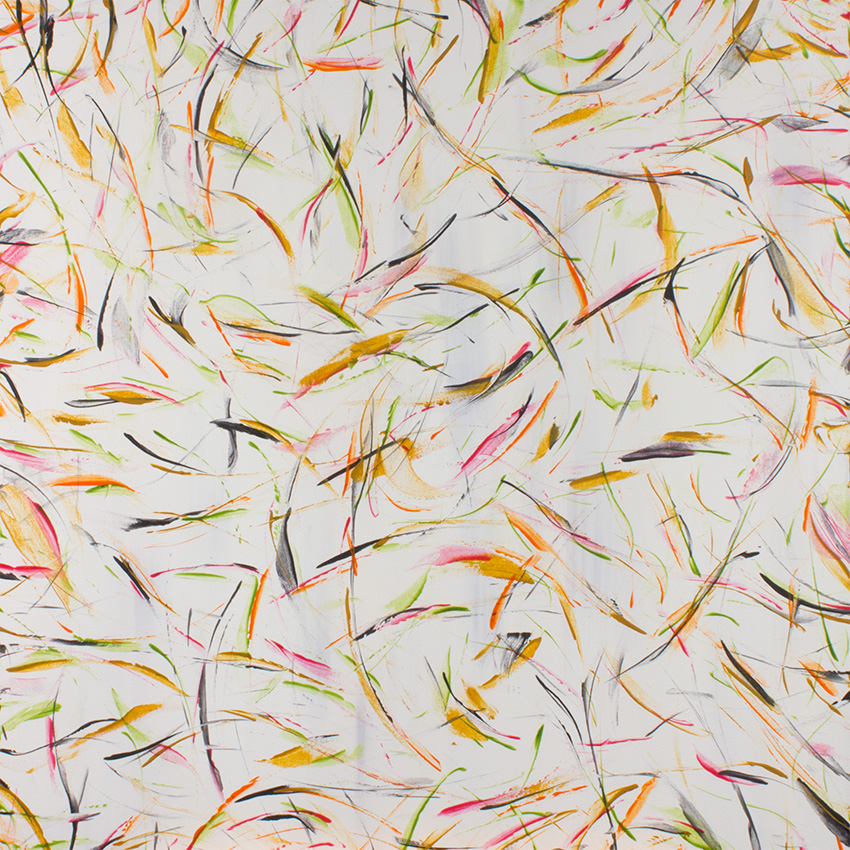 In the 20th century, art movements have been driven by conceptual concerns — best exemplified, perhaps, in the works of Marcel Duchamp and those who followed his lead — and formal ones — which culminated in the work of the abstract expressionists. In the case of the latter, conceptual frameworks were often created out of the autobiographies of the artists. But art completely tied to an artist’s own biography or psyche is frequently too “personal” to critique, or relate to. Now more than ever, viewers long to be moved by art and, as a result, routinely favor figural and naturalistic subjects. While it’s not the artist’s job to spoon-feed us, it does behoove them to construct a visual language and narrative framework from which to draw educated interpretations and opinions. Because art rendered ineffectual by near-total subjectivity does more to alienate than to intrigue. 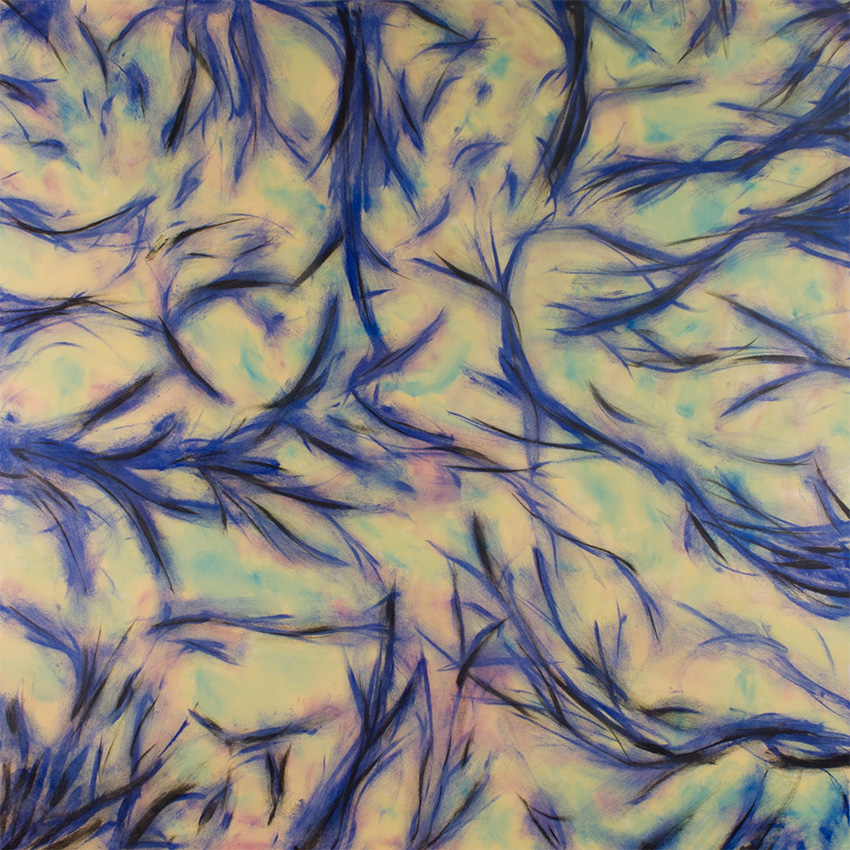 Heydar Rasoulpour’s In Search of Homeland and Clarence Bowman’s Do You See What I See? at Art Access, Salt Lake City, through Feb. 14.