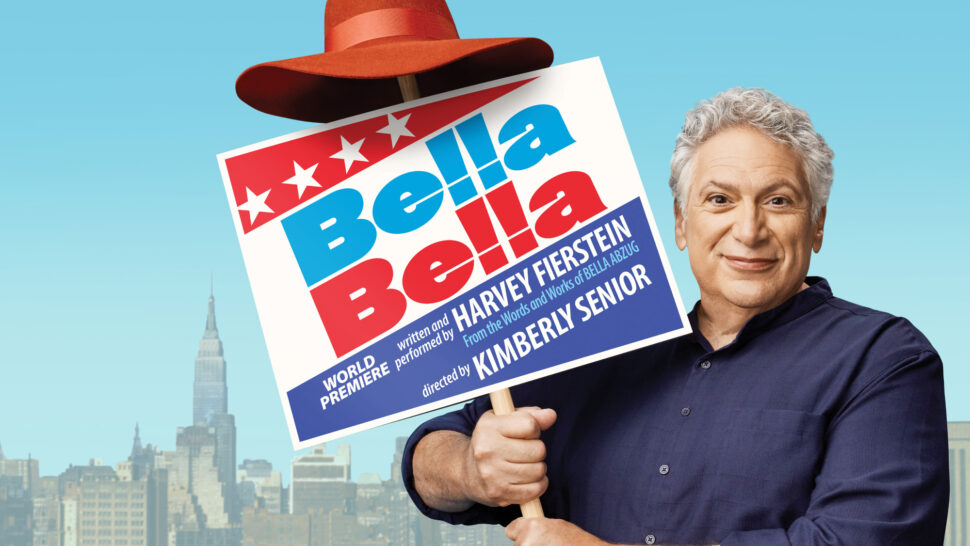 Playwright Harvey Fierstein in a promotional image for his version of “Bella Bella,” a play he wrote about New York politician Bella Abzug

Why would a writer like Harvey Fierstein, author of plays like Torchsong Trilogy, La Cage aux Folles, and Kinky Boots, write a one-woman show about the New York politician Bella Abzug?

Look at when it was written: 2016, the year Trump was elected president. Fierstein was influenced, he says, by the politics of the times, though not by the winner of the presidential election, but by the loser, Hillary Clinton. How Clinton came to lose that election is what compelled him. She lost, quite simply, because white women did not support her. As Fierstein says, “They voted the interests of the men who supported them.”

Prior to 2016, Fierstein had been approached by Bella Abzug’s daughter Liz, to write a musical about her parents. The idea did not appeal to him. “What, a song like, ‘Bella, Bella, Martin, Martin’? I didn’t see it,” says Fierstein. Nonetheless, he did the research. And then he set it aside.

With the election of 2016, he was motivated to reconsider the project. Hillary’s defeat was not unlike Bella Abzug’s when she lost her race for Senator in 1976. Abzug was expected to win. She had already served three terms in the U.S. House of Representatives. She was a well-known feminist, famous for her no-nonsense approach to the problems of the day. And she was ahead in the polls. How did she lose? In her case, the Democratic Party of New York ran numerous other candidates against her. All men. The liberals were split, and white women voted with the men who supported them.

Fierstein’s play is set on the night Abzug loses the election. She is waiting for the results in the women’s restroom of a New York hotel. As the night wears on, she recalls salient moments in her life and career.

She believes she will win, for, as she says, “I never entered a race I didn’t win, eventually.” But this time it’s different. She loses by a percentage point, spelling the end of her political career.

The play is nicely structured, very well written, full of the one-liners Abzug was famous for. “Why does a woman have to be qualified to run for office, when a man just has to be a man?” “I was trained as an intellectual, but I’m trying my best to hide it.” “Women have to change the nature of power, not the nature of themselves.”

Once Fierstein had written the play, he organized several readings. People kept suggesting that he do the role himself. This is a man who won a Tony for playing the outrageous drag character Edna Turnblad in Hairspray. Could he play a character like Bella? Should he play the character in drag?

Then Fierstein had a “feminist insight,” as he calls it. “As a man, a playwright, I am writing a woman. Even though I am empowering her, aren’t I creating her, aren’t I putting words in her mouth, aren’t I making her my puppet?” That’s when he decided to do the role himself, not as a character he would inhabit, but as himself, a caring man, in plain black clothes. No costumes, no hats. He would invite audiences to share Bella Abzug’s story, not experience a recreation of her in the theatre.

And that’s what he did, performing the play at the Manhattan Theatre Club in 2019. An odd choice, perhaps, but certainly an effective one, judging by the generous reviews and the enthusiastic audience response.

Now the play is published and available for other productions, all of which have been performed by women playing the role. And does it work? You bet it does!

A play this well-crafted, a character this compelling, beckons other actors, other theatres, other productions, other audiences. It has also an additional asset: political ideas as important today as they were in 1976. 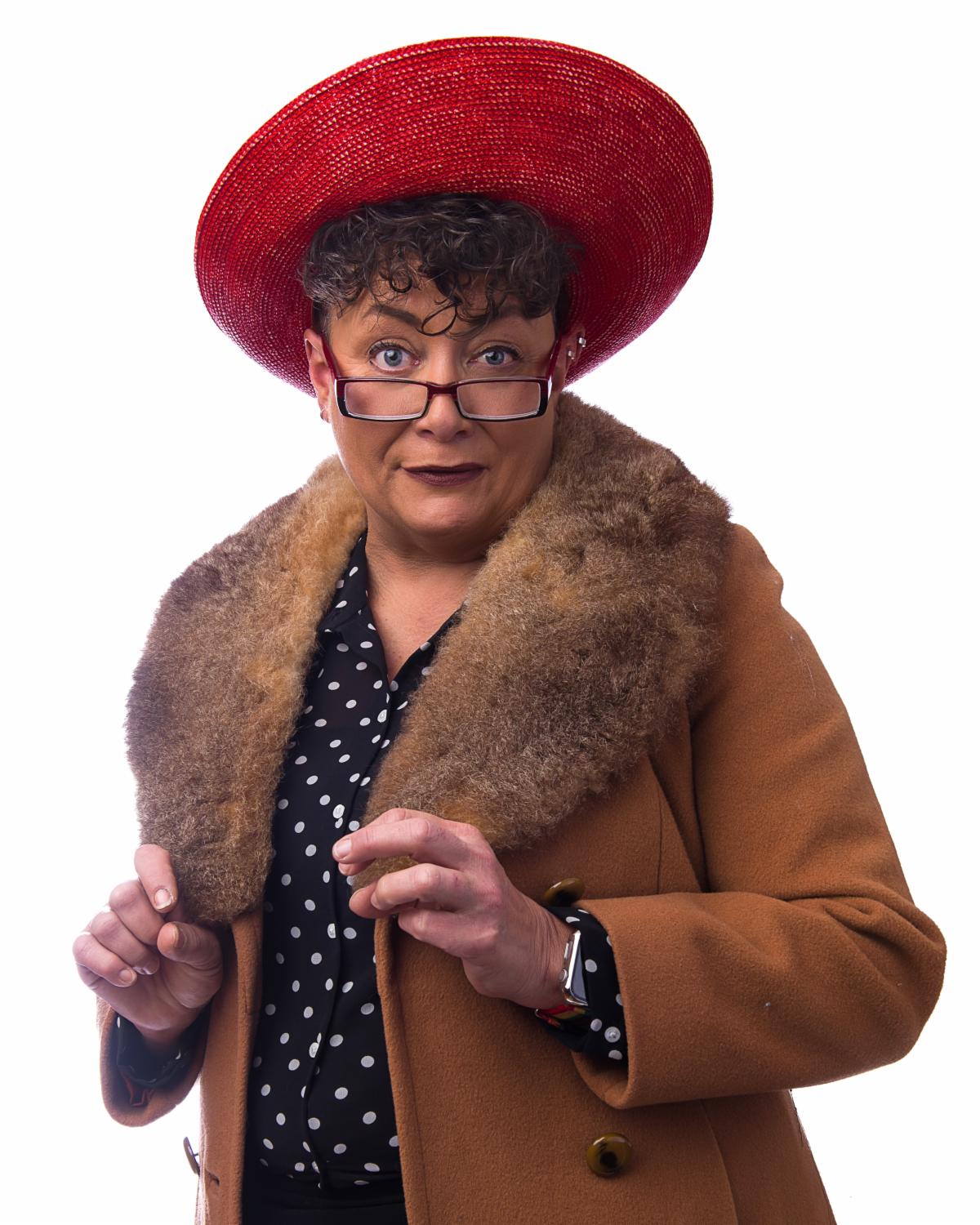 Julie Jensen has written more than 30 plays, all of which have been professionally produced. A Utah native, she holds a Ph.D. in Theatre from Wayne State University. Having taught playwriting as a guest at more than a dozen colleges and universities, she was a professor of theatre at Saint Mary’s College and the University of Notre Dame and directed the graduate playwriting program at the University of Nevada, Las Vegas. She now makes her home in Salt Lake City where she works with three theatres: Salt Lake Acting Company, Plan-B Theatre, and Pygmalion Theatre.

Jensen has written more than 30 plays, all of which have been professionally produced.