The Business Side of Films 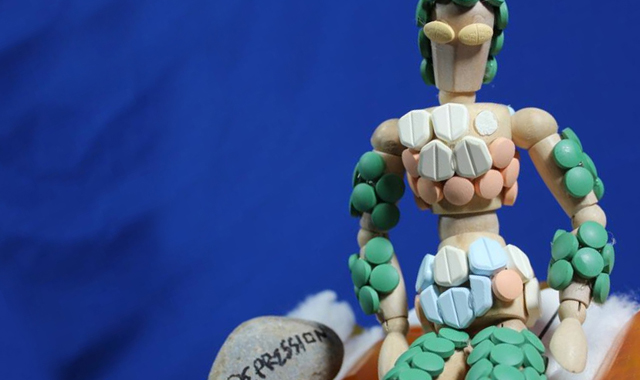 One thing I’ve noticed a lot of hopeful filmmakers doing is rushing into a project so quickly that they neglect to meet some very basic requirements that would enable them to sell their finished film. It’s easy to get caught up in the passion and excitement of creating a new work of art, but when it comes to a collaborative art form like cinema, clear lines need to be drawn between the participants, responsibilities explained, assigned and written down, and ultimate ownership of the property clearly established, among other things.

It’s a very romantic notion for us think of ourselves as “just artists” who exist only to create and express ourselves through whatever medium calls to us. The harsh reality of the world, however, is that all artists are independent contractors. Very few of us have the luxury of always creating just for the sake of creating. Oftentimes our work is commissioned, requirements are established by our patrons, and the final say in whether the work is “finished,” “right” or “good” is not determined by our own artistic sensibilities but by the person paying for the project. Of course, if we just moonlight as artists, indulge in it as a hobby or use it for our own therapeutic reasons, we don’t usually have to worry about such things. However, in filmmaking — no matter how big or small the project is — the business element simply cannot be ignored.

I remember one year when I tried to reboot a television series that I used to produce on my own in Sanpete County. It was — to paraphrase from the conspectus–slash–“Show Bible” that I wrote for it — “an avant-garde newsmagazine-style variety series.” I had high hopes for the reboot but it didn’t wind up happening. I remain hopeful that some day it will.

While my efforts to produce this reboot proved to be unfruitful, what I did gain from the experience was a better understanding of certain aspects of the business of television and filmmaking. This learning experience made all the effort and even the eventual disappointment well worth the while. I came out at the other end much better prepared to enter into and manage future projects. It was the year that I learned a lot about entertainment law and intellectual property.

In 2012, I applied much of what I had learned into a project that, like the television series reboot (and like the vast majority of film proposals), wound up not happening. But, despite this fact, I was very proud of the effort I put into it, the professional approach I took, and the attention to detail I had in regard to doing things “the way they’re supposed to be done” — at least to the best of my knowledge and experience.

The origin of this project was in the bottom of a bottle of prescription medication. Like many people in our society, I have taken a variety of medications to address different ailments. One day, I got to thinking about just how many pills I “take” and contemplated that term, “taking pills.” Where do we take them? From the pharmacist to the medicine cabinet at first. But after that, we don’t take them anywhere. We EAT them! I decided that I was no longer going to throw away my pill bottles. I would save them. I wanted to see just how many pills I was taking—or, more accurately, just how many chemical concoctions I was eating by relative volume over time. What I would do with the pill bottles in the end was anybody’s guess. I’m an artist. I thought they would make a unique medium through which I could express myself. Though I didn’t know it at the time, at least one world-class artist — Damien Hirst — was working on more or less the same question at the same time as I was.

My first attempt to make a film utilizing my pill bottle collection resulted in a short silent film titled From Milligrams to Kilograms in which I sat contemplatively at my kitchen table, gazing at my pill bottles as my various drugs, doses and doctors’ instructions appeared on the screen. The film is accompanied by an essay I wrote pondering the subject. A few years ago, a celebrated documentary on the pianist Glenn Gould explored some of the same issues.

I was somewhat pleased with the film. It is what it is, but I wanted to do something more ambitious. I thought about how all life is really just a complex arrangement of organic chemicals. And here we are today, adding artificial chemicals to the mix. I wondered what the ratio of artificial to organic chemicals was in the average medicated person and how one would best visualize that. My thoughts brought me to a place where I envisioned a person made of pills.

I set out to realize my vision in the form a posable puppet that I hoped to use as the protagonist of an animated film. I tried constructing my own puppet and went through a couple of different prototypes utilizing wire, putties and some leftover prescription pills. It was very important to me that I utilize actual drugs in the construction of my vision. I decided, in the end, to simply use a wooden artist’s mannequin and glued pills to its body while allowing it to remain posable. For years, I simply called it my “Pill-man.” Eventually, I gave him the name Eli and decided that he should also have a companion named Lilly (See what I did there?).

In 2012, I was motivated to go forward with the project. I wrote a screenplay, drew storyboards, submitted my work to my screenwriters group for feedback, and applied many of their suggestions to a new draft.

I gave my project the working title “Relinquish” and began the process of not just “making” a film, but producing it. The first thing I needed to do was establish that the story and screenplay was mine, so I registered the script with the Writers Guild of America, West. Though not as all-encompassing as an official copyright, registration with the WGA establishes an official date from which you can lay claim to a work as your own property.

The next step I took was to establish a “Chain of Title” for the property. Since I was acting as the Producer of the film, this essentially meant signing an agreement with myself to retain the right to produce the film. If I wanted to accept all financial responsibility—and personal liability—I could simply act on my own in the creation of the film and take all of the risk, clearly establishing the roles of other participants and indemnifying them of any financial responsibility explicitly in their individual contracts. However, I didn’t want to do this. Who in their right mind would? I wanted to be protected so that if the entire project went broke, I wouldn’t be on the hook for any financial obligations that might be incurred by the production. This meant transferring ownership to a third party. In order to maintain creative control, I decided to make this third party a production company: a legal entity, recognized by the state, licensed to conduct business and able to own property—namely my screenplay—and managed by yours truly. I drew up a simple option agreement between the production company and myself and voilà, a chain of title was established.

Now that it was clear just who owned the property, I proceeded to do something that isn’t necessarily a requirement for making a film, but isn’t a bad habit to get into to help make everyone’s roles and responsibilities in the production clear. I wrote a business plan. Within this document I laid out all the details for making the film, from pre-production to distribution. It contained the project vision, a synopsis of the screenplay, copies of my WGA registration, the option agreement, the budget, preliminary shooting and editing schedules, letters of intent from the various artists I approached to be involved in the project, what their official credits would be and—most importantly—contract terms spelling out in detail what was expected of everyone’s involvement, how they would be compensated, exactly who retained ownership of the finished project and specifics about the dissolution of the project once it was completed and—hopefully—sold.

After all of this was put into place — but before contracts were drawn up — an attempt to raise funding for the film was made through an established crowd-funding web site. Unfortunately, for various reasons, we fell far short of our funding goal. As time went on, other participants in the project dropped out for various legitimate and understandable reasons — their letters of intent did not obligate them to do anything more than say that they would be involved in the production depending on variables like funding, their availability and “future agreement to terms of employment.”

Within a year, any momentum the “Relinquish” project had possessed was completely exhausted. Letters of intent expired, the option lapsed without renewal, and ownership of the property reverted back to me as the writer. I refuse to say that the project died; it’s just been indefinitely “shelved” (of course, if anyone out there is interested in helping to resurrect Relinquish — or my avant-garde television series for that matter — they are invited to learn more about these projects and to contact me through my production company).

Regardless of the present status of my projects, I think that by embracing the business aspect of filmmaking, I’m better prepared to begin any project — be it my own concept or someone else’s — in a manner that is professional and efficient as well as creative. Losing control of my vision and its production through failure to attend to its legal details would be every bit as bad as losing control of its artistic quality.

Puente’s Recommended Reading:
The Writer Got Screwed (but didn’t have to): Guide to the Legal and Business Practices of Writing for the Entertainment Industry