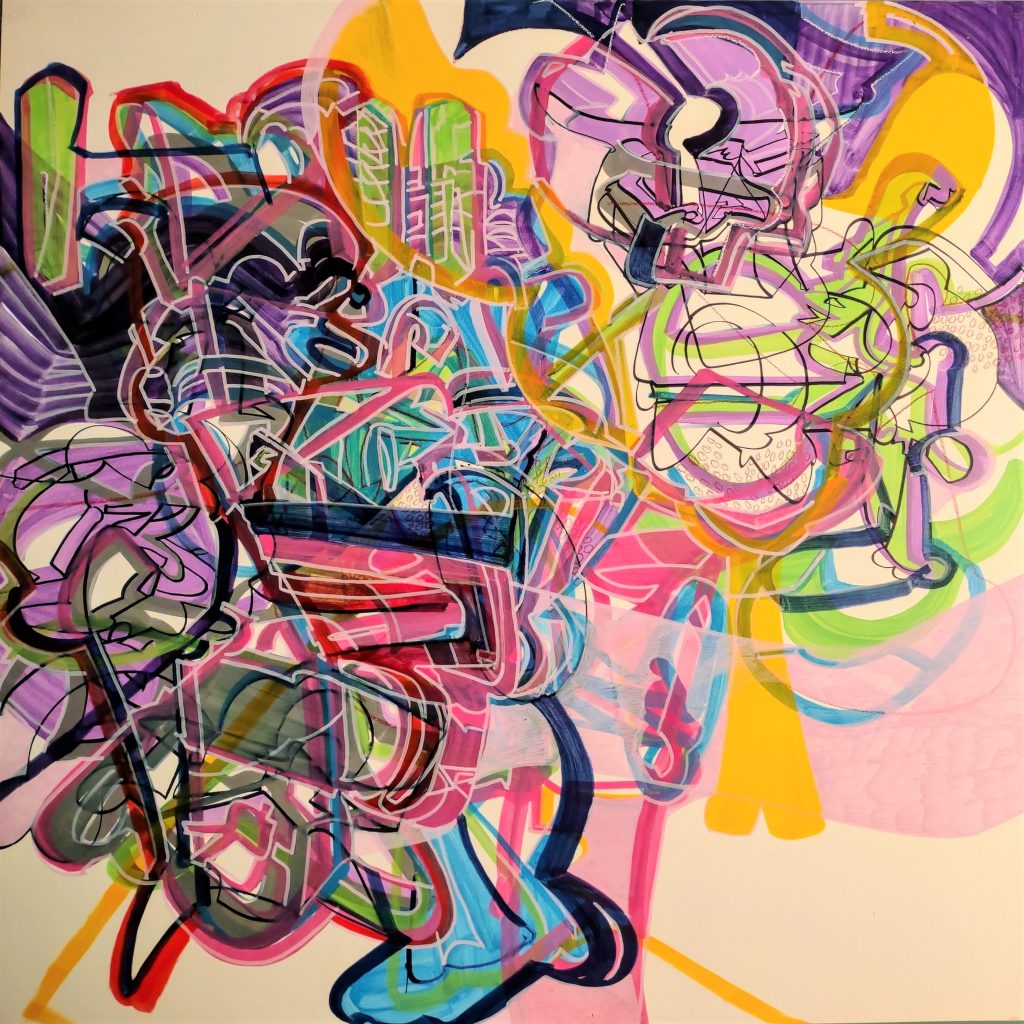 “Drawing is at the center of what I do,” says Suzanne Bybee, a Salt Lake City artist who relocated to Utah after living in Washington, D.C. for many years. “[My] pieces are conversations; my aim is to listen and be a part of the dialogue developing, learning from the visual information generated.”

Bybee cites a variety of influences from across the centuries: Odilon Redon, many of the Italian Futurists (more specifically Giacomo Balla), Emily Carr, John Altoon, Agnolo di Cosimo (known as Bronzino), Domḗnikos Theotokópoulos (known as El Greco), Joseph Ward Cohen Jr. (known as Jay Ward), and Isadore “Friz” Freleng. “So many of these styles, patterns and lines percolate in my repertoire. Many of the influences I have encountered over time have remained. The variety of points coming from different locations is intoxicating: visual art, aesthetics, design, writing, theatre, graffiti, craft, music and so on. A lot spills in and I try things on and respond in kind, darting in and out of different realms, moments and memories.” 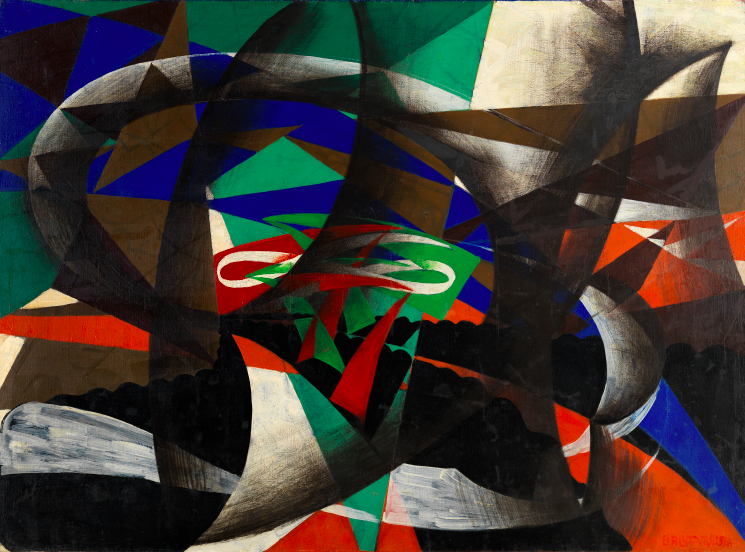 Born in Anaheim, CA in 1967, she earned a BFA from Whitman College (Washington) and an MFA from Claremont Graduate University (California). “I started as a copier of figurative images, graduated to being a painter (primarily in oils) focused on narrative rendering, and ended up pushing into abstraction experimenting with cartoony contraptions and calligraphic text,” she says of her artistic progression.

Though she has turned to digital images she says, “To an extent I am still this painter. I feel as though some of my earlier paintings and drawings anticipated the digital images I create; when I began creating digital work I had a lot of questions about its validity alongside my
analog art making. Vilém Flusser came up in my research and I have been reading and rereading his works ever since as a way to navigate image making in general. His writings loom large in my mind — specifically his book, Into the Universe of Technical Images:

And this improbable world of envisioning power surrounds the whirring particle universe like a skin, giving it a meaning. The power to envision is the power that sets out to make concrete sense of the abstract and absurd universe into which we are falling.
– Vilém Flusser, 1985 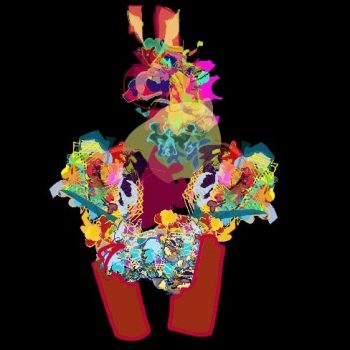 “I continue to look for deeper info on what these things are, these chimera caught in the ether,” Bybee says. “My analog and digital artworks proceed as reciprocal investigations of image creation.”

Bybee has shown primarily in Los Angeles and Seattle but recently she has participated in group and pop-up exhibitions in the Salt Lake City metro area. Currently she is participating in collaborations and curatorial projects with other artists, writing and reviewing artists’ work, art and design for Fern & Reed with the artist Lisa DeFrance, and creating art in the analog and digital realms.