For most of us in the United States, glamour is synonymous with the Academy Awards. Watching limos lining up to disgorge stars in priceless designer clothes is as close as we get to real celebrity. In the Latino community there are other options. In Long Beach, California, at the Museum of Latin American Art or MOLAA, the same excitement and classy appearance by high rollers accompanies the annual summer display of Mexican Muralists. Most murals won’t ever travel, and a tour of the many substantial masterworks to be seen throughout Mexico is as rewarding as any art pilgrimage to be had. But for Southern California’s Latin community (the joke is that after the capital and Guadalajara, Los Angeles is the third largest city in Mexico), the mountain comes to Mohammed when the works of Diego Rivera, David Alfaro Siqueiros, Jose Clements Orozco, and others are projected at life size on the back wall of the Museum before gala, sell-out crowds.

Something related, though with less fanfare, is happening right now at the Utah Museum of Fine Arts, which is hosting an exhibition of Mexican art works on loan from Tulsa, Oklahoma’s Gilcrease Museum until September 26. The Gilcrease is part of a great American story, featuring two brothers who started an oil company, Phillips Petroleum, and used their fortunes to collect art, eventually creating one of the largest and finest collections of American Art (in the trans-continental sense of the word) anywhere.

As it happens, the exhibit, Las Artes de Mexico, coincides with the publication of “Becoming Pablo O’Higgins,” a biography of one of the lesser-known but no-less-fascinating figures in the Mexican art renaissance of the post-revolutionary era (reviewed in this month’s edition of 15 Bytes). “Becoming” in this case refers to more than just the usual drama of turning oneself into an artist. How Paul Higgins Stevenson, born in Salt Lake and scion of an Irish-American family, transformed himself into a revolutionary Mexican painter and printmaker is the stuff of legend, but it also cries out for meticulous documentation to separate the more mythic elements from the knowable facts. Susan Vogel has done this hard work, aided by her intimate familiarity with Mexican culture and language. More importantly in this writer’s opinion, she combines traits that rarely coexist in the same writer: she is able to excavate the written documentary story, but also to see and appreciate the visual documents that are the works of art created by O’Higgins and his contemporaries. Such a happy combination of skills is not as common in art as one would expect—indeed, might well take for granted. Yet while sifting through the known facts and finding reasonable explanations for some of O’Higgins less-readily-grasped motives (his marriage, his surrendering of dual-citizenship), Vogel also presents some convincing analyses and arguments about the development of the man’s art. 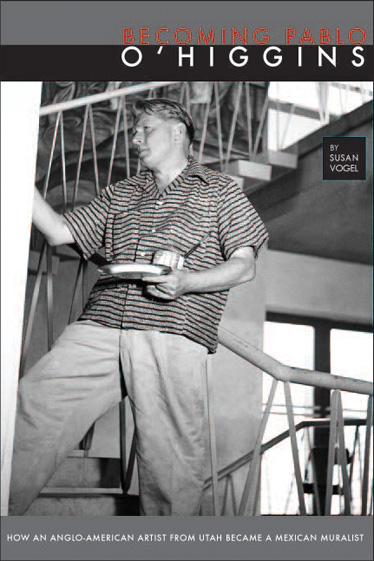 Utah art lovers who are still unsure about the value of a visit to Las Artes to Mexico or Susan Vogel’s introduction to Pablo O’Higgins can hear her discuss the artist and his context with Jennifer Napier-Pearce online at KUER.