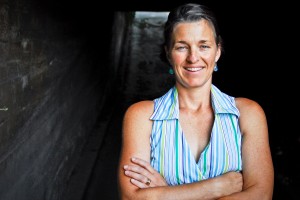 SUNDAY BLOG READ is your glimpse into the working minds and hearts of Utah’s literary writers.

Today, 15 Bytes features writer Lynn Kilpatrick who provides an excerpt from a novella currently in process.

I suppose the whole thing was my fault, though blame, in retrospect, is notoriously difficult to allot. When I moved in, from the larger apartment I had been sharing with my sister, there were certain items of furniture that simply wouldn’t fit in my new apartment, what the property management company generously referred to as a railroad apartment, which was meant to conjure nostalgia, I suppose, for the age of trains, when dining cars served champagne and used actual china and silver. But we referred to it as a shotgun apartment, meaning if you stood at one end, holding a rifle which you had carefully aimed at the far end of the apartment, the bullet would travel through every room and kill the person standing at the other end. Given, this image is not as romantic or marketable as the one of the golden age of railroad cars and ladies with gloves.

The items of furniture I directed the movers to leave in the hallway were a love seat I had inherited from my parents (my sister, Mara, referred to it as the divorce seat), a lamp that, while lovely, cast very little light, and an end table which would have fit in the apartment but had nothing to end. That’s how The Lounge came to be.

My neighbor walked up to her door and gave the furniture an apprising glance. “So this is the lounge, is it?” she said, while unlocking her door. I happened to be sitting on the divorce seat reading the latest New Yorker.

I assented, and when she returned with two beers, she snuggled in close, introduced herself (Lacey), and told me her life story, such as it was. She was just out of college, interning with a magazine, for free of course, and working at a bar down the street. She asked me to explain myself and I found myself spinning a believable yarn about student loans and an ex-boyfriend named Luis who had to return to Ecuador to care for his dying mother.

The truth was my sister had married in the spring and her husband had moved in, occupying the space which I had previously filled, necessitating my departure from the tiny apartment which was really more of a nest. Mara and I had trouble dividing the furniture, but she made me take the divorce seat and all the CDs, because she had gone completely digital. As I lugged the extremely heavy box across the room, she said to me, you can continue to live in the dark ages. We parted on amicable terms, though I despised her husband, Marcus, a stockbroker who wanted nothing more than a two-bedroom apartment and to impregnate my sister, whose burgeoning career as a public defender would just have to wait.

Me? I had officially terminated my college career in the second semester when I fell hopelessly and stupidly in love with a beautiful wanderer named John who would have been better suited to the Beat era. He was going to be a great singer-songwriter some day. And he might have been if he had stopped smoking pot long enough to actually do something. As it was, he had a penchant for naps on the couch and Cheez Doodles. I followed him to California, much as one trails after the scent of a delicious cake as it is baking. There I began my apprenticeship as a barista, which, unfortunately, involved mastering the use of a very loud blender.

When I discovered John on the couch entangled with a blonde of approximately his same mental faculties, I gladly left him. I returned here to my present career as a barista in a fancy restaurant whose customers needed espresso after their expensive wine and with their overpriced desserts. I was also currently nursing a crush on the sous chef whose general demeanor could only be described as abusive. But after work, he would casually whip up dishes that set my heart on fire. He would watch me as I consumed his creations, saying, “You probably won’t notice because your palate is not developed, but…” and then he would tell me about secret ingredients and the arduous process he had endured in order to present me with the aforementioned dish. I could listen to him talk about butter, and reduction sauces, and béarnaise for hours. He seemed not to notice my adoring gaze, and general sympathetic demeanor. He refused to remember my name.

Lacey and I, together, formed a kind of third floor brain trust. When she got home from her
internship, which she called slavery, but before we left for our real jobs, the night ones, the jobs where the tips outstripped the actual wages, we would sit on the divorce seat and drink, sometimes beer, sometimes fancy cocktails the recipes for which I had found in the magazines that often were left on the end table. During this time we would try to figure out what was going to happen next. It was one of these nights, an average night, a weeknight, when the guy from 3C came around the corner. “I thought I heard voices,” he said, standing at the end of the hall and regarding us with a bemused expression. He had dark hair and plunged his hands into his pockets with great ferocity.

“What were they telling you to do?” I asked.

Lacey sighed deeply. I like to think it was because she didn’t want to share me, or the divorce seat, with anyone.

“The voices were telling me I needed a drink.”

“That does sound like us,” I replied, elbowing Lacey. “Would you like a cocktail? Tonight we are sampling Porch Crawlers, because cherries are in season.”

“I would love one.” He walked toward us with his hand outstretched. “Carson,” he said.

I stood up and let him take my place. “One Porch Crawler coming up.”

“Two.” Lacey held her glass out to me. The look on her face was one of discomfort on a cellular level.

When I returned, the nature of our dilemma confronted us. “We need another chair,” I said, holding their drinks out toward them, but stopping short of actually releasing the drinks into their custody. “I’ve got one,” Lacey said, standing up. “You sit here next to Car-son.” She said it with the syllables drawn out, as if communicating with me in code.

And that’s how the overstuffed side chair, a hand-me-down from Lacey’s recently dead grandmother, became part of The Lounge.

Pretty soon, the guy from 3F and the woman from 3D joined us, which occurred when a friend of 3D became lost on her trip out of the elevator and wandered over to the lounge in much the manner of a tourist lost in the desert. Then 3D, Jessica, invited 3F, James, a man she had been smitten with since the day he moved in six months ago, when she saw him gently easing a rolltop desk through his narrow doorway. She told me this later. She took the opportunity of her discovery of The Lounge to knock on his door and to casually mention that she was headed around the corner for a wee beverage. They brought their own chairs, two antique fold-up numbers, which James claimed had been from some kind of old fashioned movie theater.

We often worried that someone would report us, that the chairs and magazines which significantly narrowed the escape route from my apartment would be deemed a fire hazard and our lounge happy hours would come to an end. 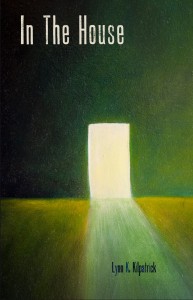 Lynn Kilpatrick’s first collection of short stories, In the House, was published by FC2. Her fiction has recently appeared in Alfred Hitchcock Mystery Magazine, and Hotel Amerika. Her essays have been published in Creative Nonfiction, Ninth Letter, and Brevity. She earned her PhD in Fiction from the University of Utah and an MA in Poetry from Western Washington University. She teaches at Salt Lake Community College.

Tagged as: FC2, In the House, Lynn Kilpatrick, The Third Floor