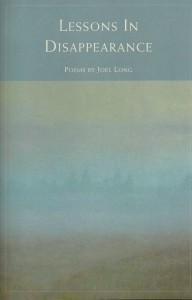 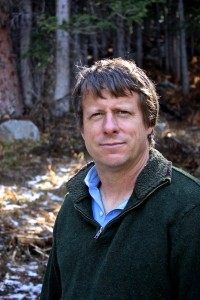 The Hedonist Apology to Heironymous Bosch

I admit the sin of pleasure.  I find my skin

against the skin of the world fills the dark inside

with light I do not understand but by craving,

the sweetness of the human form, abstract

beneath stars and the empyrean fields, finds

the sacred purpose of the eye, magnified

in its intensity, gold in the glowing furnace.

I am sorry that I have eaten strawberries

in a bowl of sweet cream, momentary

and gone, a bitterness and sweetness once

on the tongue which lasts longer but longs for more.

I find pleasure in the longing, pity for those

who can love only what will last.  It is evidence

of God’s capacious mind that he has provided

eye, and wren, that he made the calls to hang

on air myriad of bells and chatter, and when the owl

closes its wings over the light of the day.  He gave us

a thousand ways to dream so that pleasures

in our hearts would not be confined to stones

of our waking, the sun swinging its chain

across the circumference of the one sky.  Perhaps you

would stitch my hands to the guts of the harp,

confine me in the drum barrel, but first let me hear

gold voices, illicit, raising the brute arch of the cathedral.  I want

your tongue to come alive in waters of the fountain,

your mouth to return to its speech, to open the blackberry,

the fans of salmon,  the wine, the viscosity of a woman’s mouth,

that led the damned toward the blessed stuff of life.

of song, the voice of the one I love, who makes

me stand, who makes me move inside like reflected

the tape, caught, pulled out of its casing, keeps coming,

keeps spilling out of its windows.  It is not sound;

it is not lyric, the wrecking ball where she meets

her heartbreak, the port where he leaves someone

who wants him more than he wants anything at all.

The tape pours out in endless exhale as the mouth

and the lungs could not contain the entire world

but just half, the arteries and veins of a two-thousand-

half inches of voice, of guitar, smudged, erased,

but the hiss of fracture, the sound of the catching

in the machine that only wishes to play that song,

that thing you love to hear, that only wishes its own

indifference to the catching, to the quitting, the physical

disinterest of everything mineral to what we care for,

to song, to sadness, to this tape spilling onto the carpet,

to the lost voices on the tape that we love to hear late at night,

and it is always late at night when we need what was finally lost.

Joel Long’s book Lessons in Disappearance was published in 2012.  Knowing Time by Light was published by Blaine Creek Press in 2010.  His book won the White Pine Press Poetry Prize and was published in Winged Insects won the White Pine Press Poetry Prize and was published in1999.  His chapbooks, Chopin’s Preludes and Saffron Beneath Every Frost were published from Elik Press.  His poems have appeared in Painted Bride Quarterly, Ocean State Review, Quarterly West, Gulf Coast, Rhino, Bitter Oleander, Crab Orchard Review, Bellingham Review, Sou’wester, Prairie Schooner, Willow Springs, Poems and Plays, and Seattle Review and anthologized in American Poetry: the Next Generation, Essential Love, Fresh Water, and I Go to the Ruined Place. He received the Mayor’s Artist Award for Literary Arts at the Utah Arts Festival and the Writers Advocate Award from Writers at Work. He teaches at Rowland Hall-St. Mark’s Upper School in Salt Lake City.