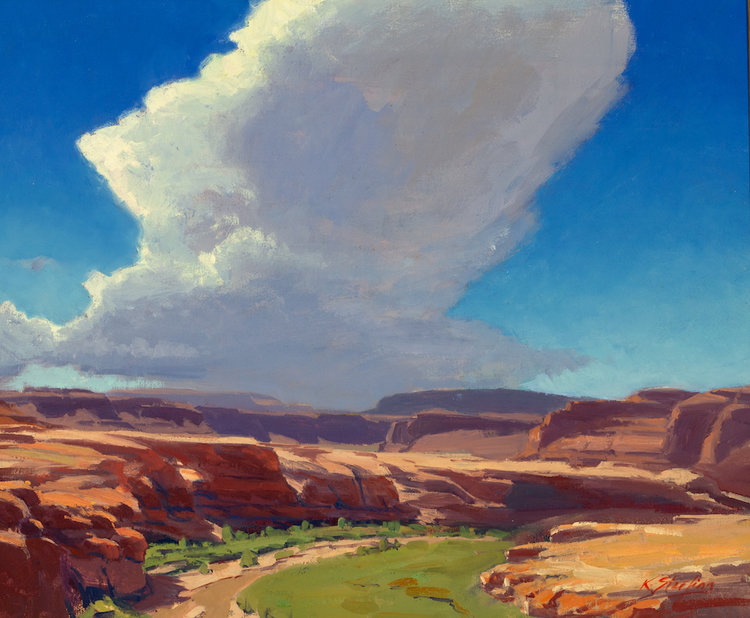 Audience tastes evolve, institutional needs change. Which is why museums can find it difficult to always hew closely to the visions of their founders or the intentions of their donors. When it opened in 2016, the Southern Utah Museum of Art honored, as its inspiration, Jimmie Jones, a local boy who had made a solid reputation painting the landscapes of southwestern Utah. They even named a gallery (well, really one wall in the initially undivided space) after him. Since then, the institution has been finding its way, staging a variety of exhibitions, including two noteworthy ones in 2019 — James Surl’s solo sculpture show and a group exhibition of works by Korean and Korean-American artists. With their current one-artist exhibit, Kate Starling: A Study of Scale, the museum has returned to its roots, with an artist close in spirit and place to the late Jimmie Jones.

For more than two decades, Starling has made her home in Rockville, the small town south of Zion National Park where Jones built his own house. A former geologist and park ranger, Starling has always spent a notable amount of time outdoors, and for several decades she has been capturing many of the same scenes near her home that attracted Jones — from the impressive canyons and buttes of the Southwest to higher, greener altitudes, where the last vestiges of glaciers can be glimpsed. This exhibit features nearly three dozen of her works, mostly from the past three years, ranging in size from small oil sketches to large studio paintings. 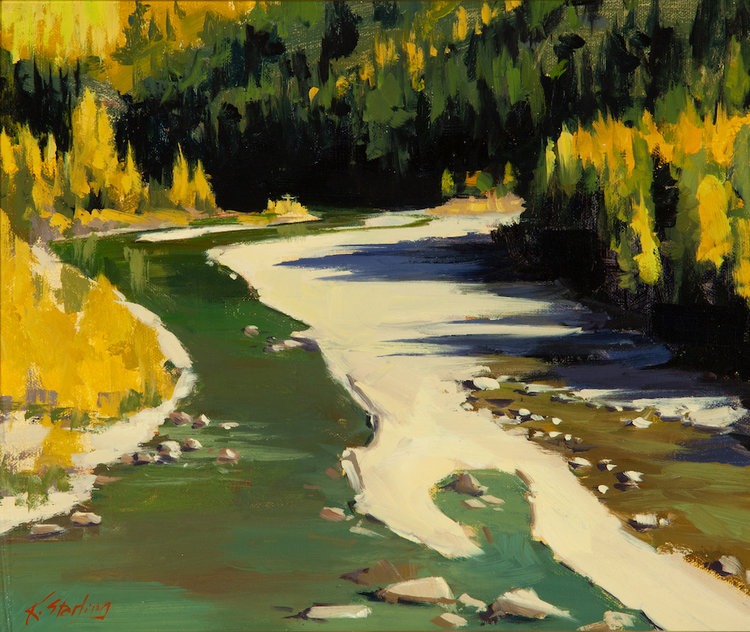 Starling approaches the landscape with a feathery touch, concentrating more on light than mass. She has said that she goes out twice a day to paint, in the morning and again in the evening. “Each painting is partly a depiction of the relationship of color and light and partly a record of the experience,” she said in 2002. Several pairs of paintings demonstrate her working method — a small en plein-air painting next to a related, larger studio painting.

The exhibition’s title suggests an attention to scale, something that is relatively common to painters of the West, where canyon walls can dwarf a spectator and a dramatic cloudburst can render a distant bluff inconsequential. The paintings are, for the most part, scenic and straightforward — scenes based on standard fore-, middle- and background, full of fields and mountains and colorful cliffs, each worthy of a place in a calendar. Spicing up this repertoire of classic scenes are a few paintings that approach composition from more inventive angles — the shadows cutting diagonals across a canyon of the Virgin River, the pale rocks of a dry riverbed playing off a slope of smoothed sandstone, or the unique play of light and line in an alpine scene featuring a white sandbar. 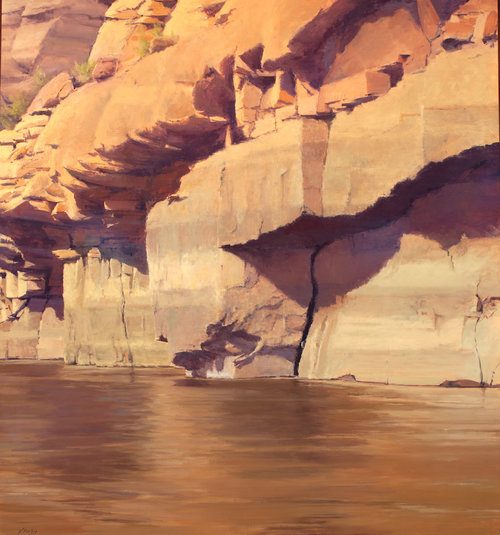 In several large-scale paintings, Starling changes the sense of scale considerably, bringing us into tight focus against redrock cliffs so that there is almost no sense of depth in the painting. Except for the splash of color from a tenacious desert bloom, her palette here is dominated by browns and earthy reds, though a close examination reveals a wide range of color in this reduced palette, resulting in the dynamic brilliance of her paintings.

A standout painting in the exhibition uses a similar close-up strategy, though of a more fertile scene. An apple tree is seen close up, the bare branches spreading across the backdrop of an evening sky like a spider web, while the unplucked fruit is caressed by the light of waning day. It is as every bit as stunning as any of the depictions of more dramatic landscapes. Living, as we do, in a state where majestic scenery is almost an everyday occurrence, this attention to what light can do in more mundane circumstances is a reminder that the artist’s job is to look closely, and well. 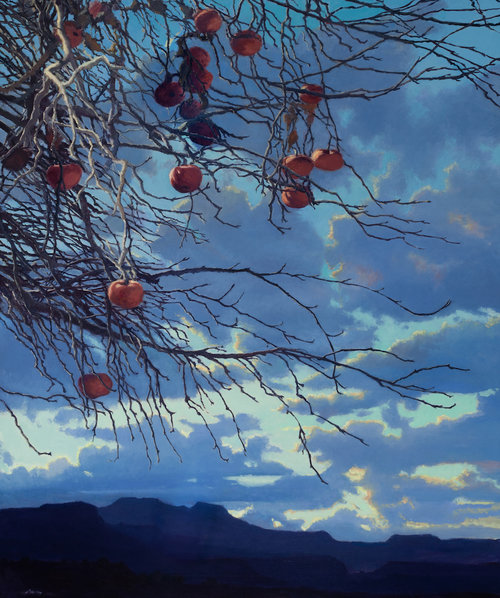