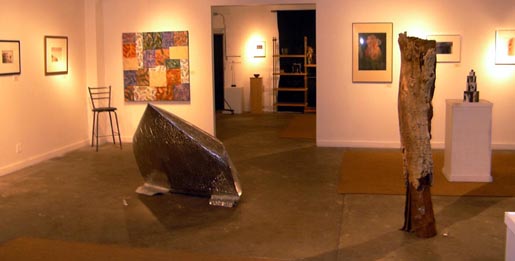 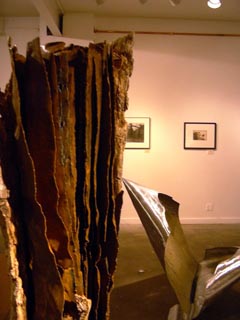 Upon entering I was confronted by two floor pieces — in the center of the gallery — crying out to be visually devoured. Keith Pisciotta’s large steel piece, “Hold Me Together”, balanced like an oversized silver origami in the center of the floor. At a closer look, the color and texture of the steel came alive with a subtle blue hue, and though the lighting could have enhanced the piece more, every angle created new shadows within the sculpture, and on the floor. Using a plasma cutter, Pisciotta cut lines into the steel, making the piece appear lighter and helping the unique play of light. His inspiration for the piece was a young student he was teaching who was struggling to learn to read. He created the sculpture as an “older piece and a younger piece balancing each other to make it work”. Both pieces are attached to each other as one in the exhibit. 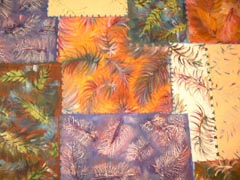 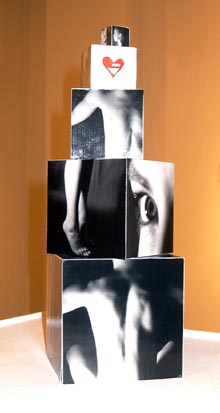 NEW VISIONS GALLERY is located at 242 South 200 West in SLC. Their exhibition for the month of February is another juried exhibit entitled “A Season for Nonviolence.”