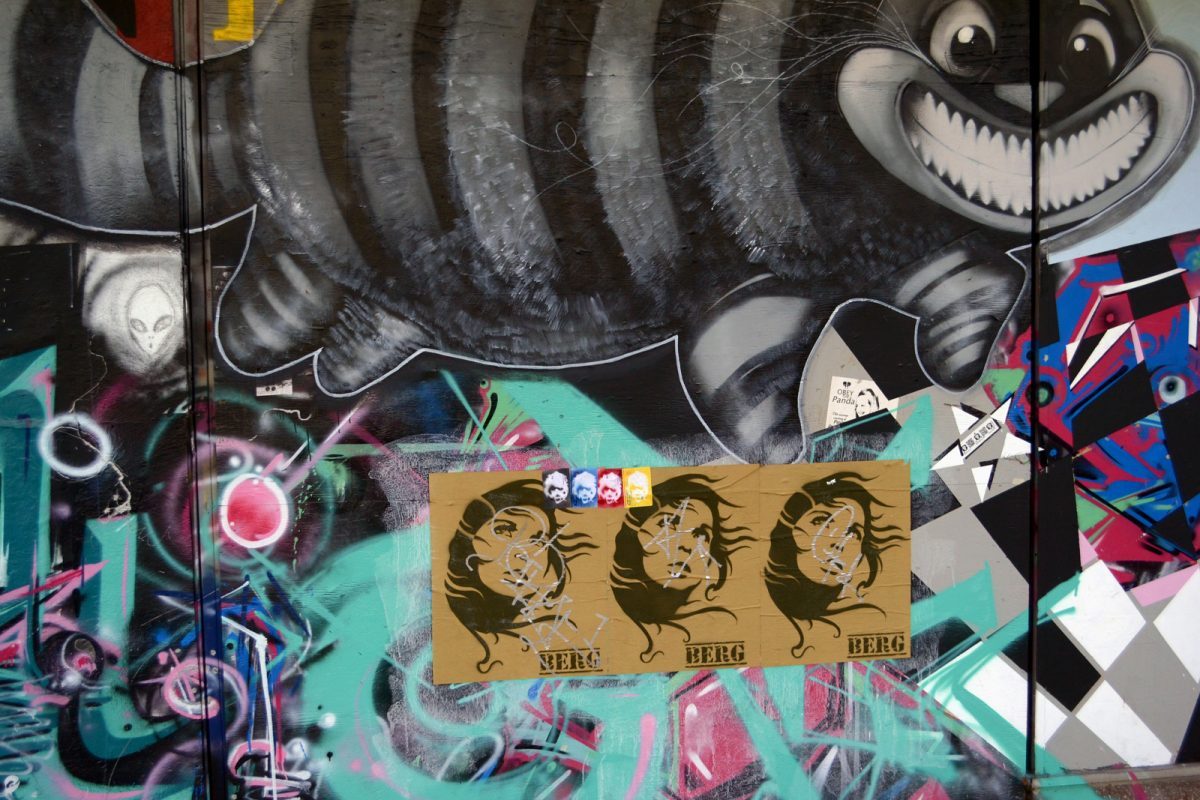 A portion of the Yardstick wall as it appeared in 2011, photo by Matt and Laura Chiodo.

While working on the 337 Project in Salt Lake City in 2007, I learned about the “street art code” (though I don’t know that anyone called it by those three words). For aerosol and stencil artists, walls to work on, legally or not, are always in short supply, so some walls are painted over, one artist working on top of another’s work. But not always. Call it honor among vandals: if a work is good, it will be left alone.

And it seems to hold true for the most part. Landlords might paint over an illegal wall, new tenants might commission a different mural on a legal one, or the artists themselves, feeling a wall has become tired, might decide to paint over it, but certain walls remained respected, untouched. The one exception to this, at least in my eyes, has been the Yardstick wall, on Salt Lake City’s Broadway. Originally, it was an inventive and freewheeling mashup of various artists, working with paste, stencils and aerosol. It survived for a while, but what has replaced it is a disappointment — a number of large, not particularly interesting “tags,” lettering-based rather than image-based graffiti that is frequently in a style indecipherable to the uninitiated. Sometimes quickly scrawled across a surface, at other times executed more intricately, this may be the most ubiquitous form of street art. At times, it rises to the level of art. Frequently it’s just a call for attention by the disenfranchised, the unnoticed, more concerned with quantity than quality. 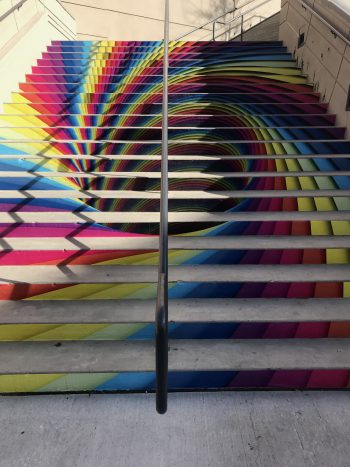 Instagram ready stairwell at The Gateway. Photo by Julia Rossiter.

In Salt Lake City right now it seems there is no shortage of walls. They are popping up all over the place. Illegal walls, sure. But more often than not, they are official walls, even commissioned walls. Street art has become a business, an international one (see our article on the new Jazz mural). The Gateway has embraced it as a way to revitalize their struggling retail spaces, South Salt Lake sponsored a mural project along West Temple this spring, Salt Lake City followed suit with their own project in the Granary district, and Ogden has thrown themselves into the mix with their Nine Rails Creative District. As the snow started to fly in Utah in 2018, street art was everywhere. All seemed well in Zion. 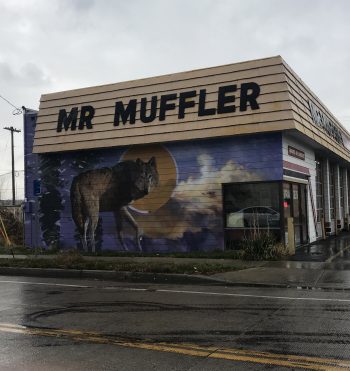 The dark splotch at the center of Bill Hensler’s mural on the Mr Muffler store, 2100 South and West Temple, shows recent vandalism.

But then word came last week that many of the murals in South Salt Lake had been bombed. By the look of it, this is the work of an untalented tagger rather than that of a fellow artist who thinks they can do better: the graffiti is quick, consisting of a few ideograms scrawled across the more refined work (is there a punishment, in the street art code, to take care of this sort of offender?). The Mr. Muffler store, on the corner of 2100 South and West Temple, has managed to remove the graffiti from Billy Hensler’s mural, while Counterpart Studios decided to paint over the offending portions on theirs (a common tactic for landlords — quickly cover the vandalism before it attracts more), but the others, as of this writing, have yet to be dealt with (in order not to give the vandal undue attention we’ve decided not to provide images). The most disturbing damage may be that done to the mural, organized by Kim Martinez, near 2700 South — not because it is necessarily better than the others, but because it has been around for years. It’s a local landmark. Part of the landscape. And one suspects it would have been left undisturbed if not for the plethora of new murals that popped up down the street this spring. 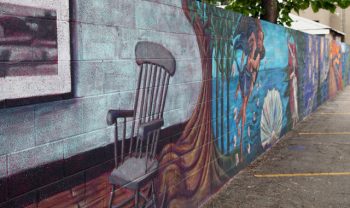 Step Into Art mural, near the corner of 2700 South and West Temple, photo by Liberty Blake.

In other words, the street art boom is partly to blame for the fate of the mural. There’s just so much more attention being paid to the phenomenon: it is no longer an underground scene, known by few outside the cognoscenti. Now, everyone with an Instagram account rushes down to the most recent wall to take their shot (with our online Art Lake City map, providing locations for street art all over the city, we’re part of the problem). An article in The Guardian even describes how designers and architects are taking the Instagram trend into account, designing surfaces and spaces that are selfie-worthy. This sort of attention engenders its own problems, however. Just look at our national parks, which have become packed to overflowing with hordes looking to reproduce the same selfie they have seen on someone else’s feed, sometimes with tragic results (see here) — it’s part of what has been lamented as the gentrification of wilderness. 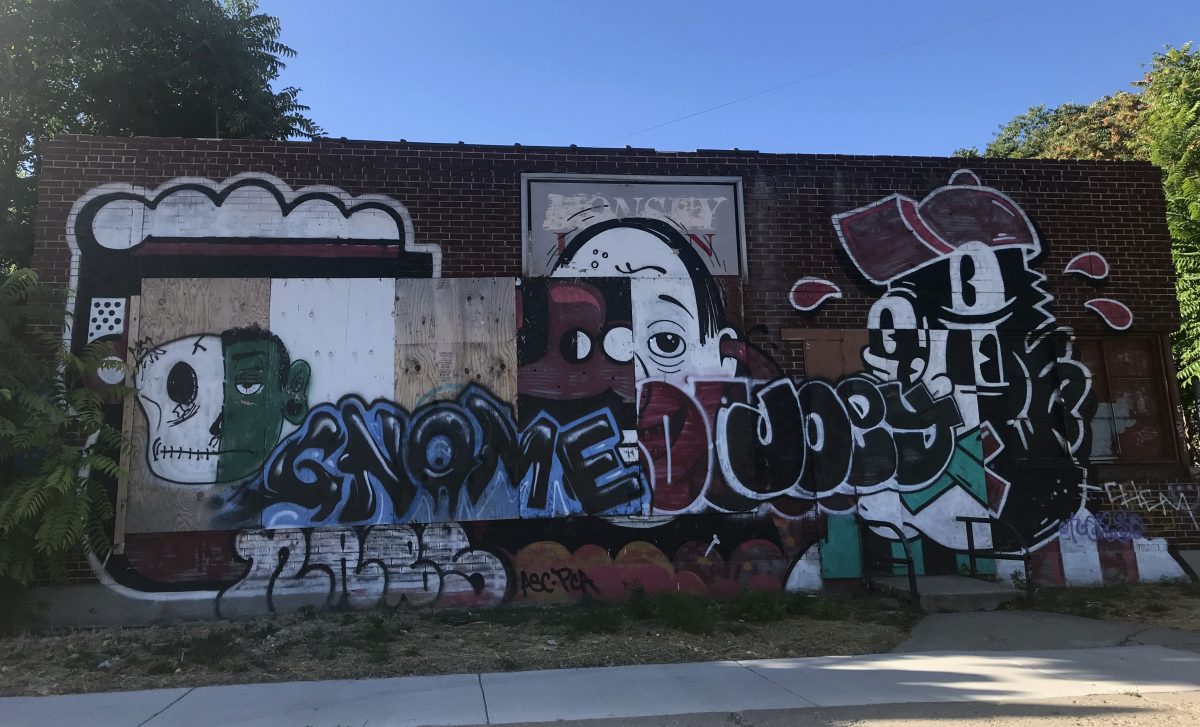 Street art is becoming gentrified, too. Hence the boom. You can see the process down on 700 South. On the south side of the street, halfway between 300 and 400 West, is what we might call “the old school” — a derelict lot where graffiti, street art and tagging are all mixed up on the remains of a burned-out building, which includes, in the middle, a captivating stairwell to nowhere. Go a block in any direction from this and you’ll find refined, official walls, part of a project sponsored by the city’s Redevelopment Agency. Some of the artists who were selected for this project might also have hopped that fence to the derelict lot. But how long before they are seen, on the streets at least, as a different breed of artist? And how long before their walls are hit as well? 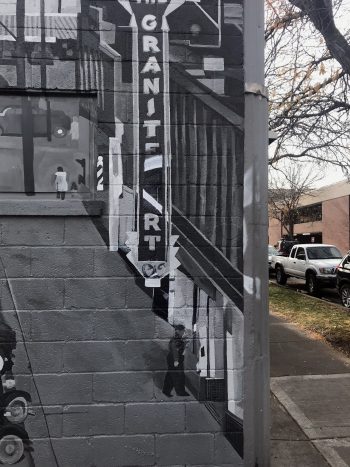 Look closely at the new “Granite Art” mural, in the parking lot of Sugar House Coffee, and you’ll see where recent vandalism has been painted over.

Because the South Salt Lake vandalism is not an isolated case. A recently completed mural in Sugar House also was vandalized this month. If the vandals were MFA candidates we might think of their acts as art historical homage — paying tribute to famous art vandals like William de Rijk, Tony Shafrazi, Ruth van Herpen — a new form of art criticism, if you will, writ in spray paint. But what is it trying to say? Are walls being bombed selectively, a critique that adheres to the street art code. Or are they being attacked indiscriminately, an act of aggression against the whole “fad” of “official” street art. Might this aggression risk pulling the whole artistic edifice down?

Street art has been embraced as a boon by municipalities, a form of “creative placemaking,” as the consultant class terms it. But it may be subject to a host of problems. If cities are encouraging and even commissioning these walls, are they taking care of them? If a wall gets hit, is it the artist’s responsibility to repair it? The landlord’s? Or, the city’s? If the artist doesn’t care, how soon before the landlord decides to simply paint over the whole thing rather than maintain it? And is that legal?

Because, U.S. law complicates matters. In February, a landlord in New York was ordered to pay $6.75 million in damages to the street artists whose work he had painted over. The 5Pointz project transformed dilapidated warehouses into a cultural mecca, with artists from all over the world travelling there to add their work. Then, overnight, in 2013, the landlord decided to paint over the works (the building was torn down and the property developed into luxury apartments). The artists sued. And won. If this strikes you as unbearably ironic — graffiti artists taking a landlord to court for destroying their property — it may indicate you’ve passed middle age, or that you’re a property owner; but it also indicates how far street art has come since the days when it was the domain of underprivileged youth spraypainting subway cars. This was the first time that graffiti art, which by its nature is considered ephemeral, was included under federal laws that protect the work of visual artists. The Visual Artists Rights Act stipulates that because an artist’s work can be vital in determining their reputation, and thus livelihood, it has a right to its integrity. A collector’s right to own a piece does not give them the right to alter or destroy it.

If street art — at least in some cases — is now protected by federal law, what sort of complications will this throw in the mix? If someone commissions a mural, or allows one to be painted on their building, can they then paint over it? What kind of legal agreements are being drawn up before the paint cans are pulled out of a backpack? An art historian who decided to get a law degree to pay the bills might benefit from the problem, but for everyone else, will all the hassle be worth it? Will we decide to go back to our drab urban landscapes, with just a few masked crusaders hopping fences to express themselves? Will our street art boom go bust? 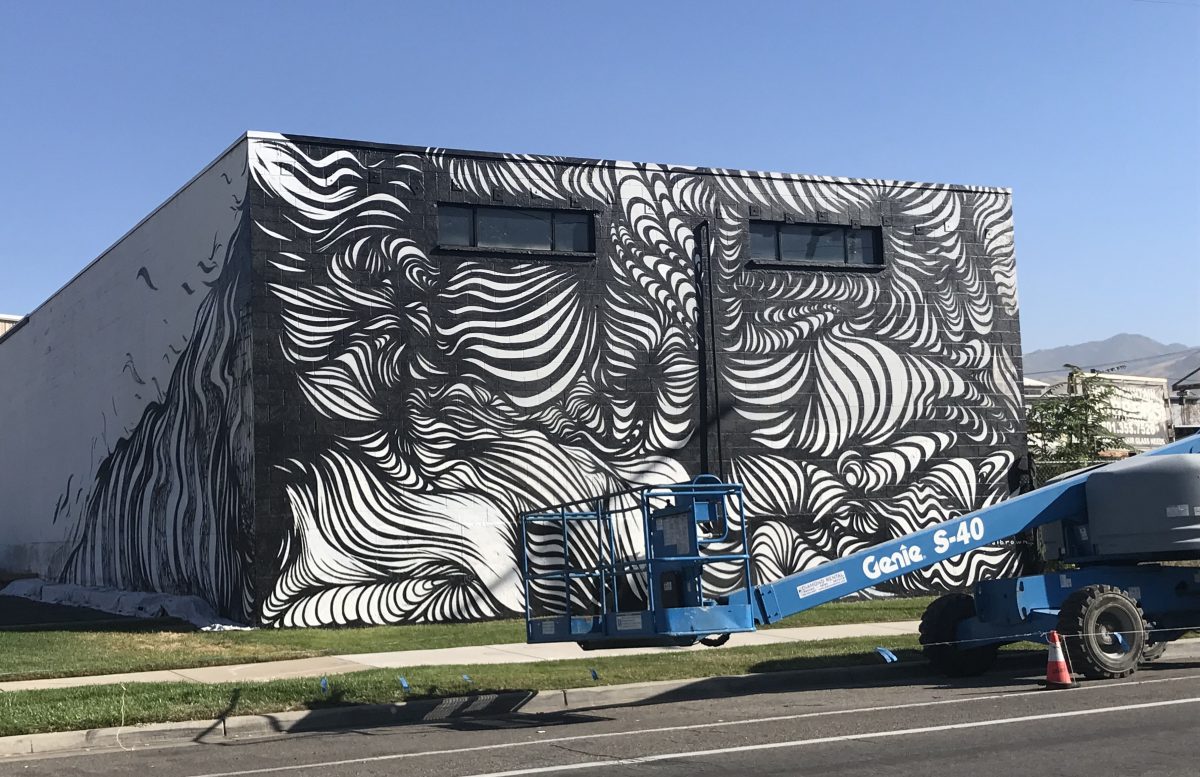