By 15 Bytes on November 11, 2020 • ( 4 Comments )
With our “Still Here” series, we are checking in with members of Utah’s art community to see what the past several months have meant for them. Rebecca Pyle is a Salt Lake City writer and artist whose work is in many small-press art/literary journals, including 15 Bytes. Much of her work is findable in rebeccapyleartist.com. 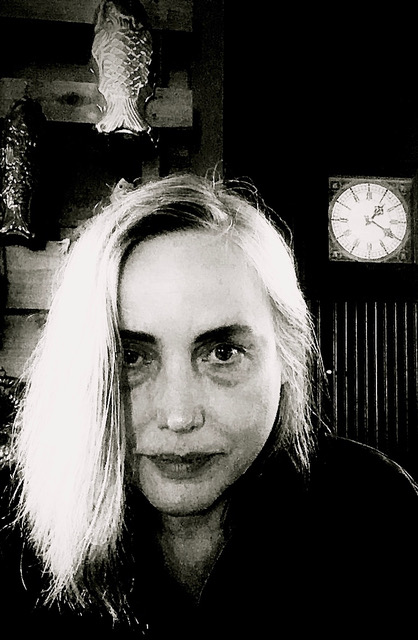 I am the dullest person I know. This pandemic, a bat virus’s game of solitaire with every one of us on earth, can make one duller still, with fright. I try not to fall into deepest/darkest dullness.

I try to fall in love again with Matt Dillon. It is not difficult. I watch two dozen episodes of Gunsmoke. I watch two sci-fi films in which he starred, before he became a western marshal. I remember as I watch starry Arness, he was the first sent out to wade in water toward Anzio beach, in Italy, in World War II. He was sent out first, they say, to test the depth: he was tallest.

I write poems, send out poetry. A set of five poems (they have odd titles: one is called “The Stare of Stars”) is about to be published in an art/lit journal published by a Missouri college.

I send out short stories: three are about to be published in journals out of Iowa and Washington, D.C., and in another journal with an old Underwood typewriter on its cover. The Iowa journal’s editor has just written me to tell me my story “White as Clouds” is being nominated for a Pushcart Prize. This brightens the week.

I now own a square glass teapot. It is unbreakable borosilicate glass and has the beauty of lab equipment: function as important as form. I add more green tea leaves each night. I add more cold water. While my green tea gently steeps, I sleep.

I write essays. This is one. Another is soon to be the creative nonfiction piece in a private college’s art/lit journal in Massachusetts. Essays are cranky.

I send photographs of myself to journals when they ask for them. I also send paragraphs of updated facts about my writerly/painterly self. Readers do not want to know much about you. They enjoy your remoteness. You are the strange unicorn bride. In my writer’s bios I mention tending a hundred-foot rock garden full of giant lavender surrounding our house like a moat. (It is true.)

I write an art review about a painter who paints mountains, adding quotes from a journal kept by a long-gone explorer who travelled, on horseback, in canoes, through/around mountains nearby. The painter, the explorer, and I all now review mountains, as much as that is possible. If only mountains could write. 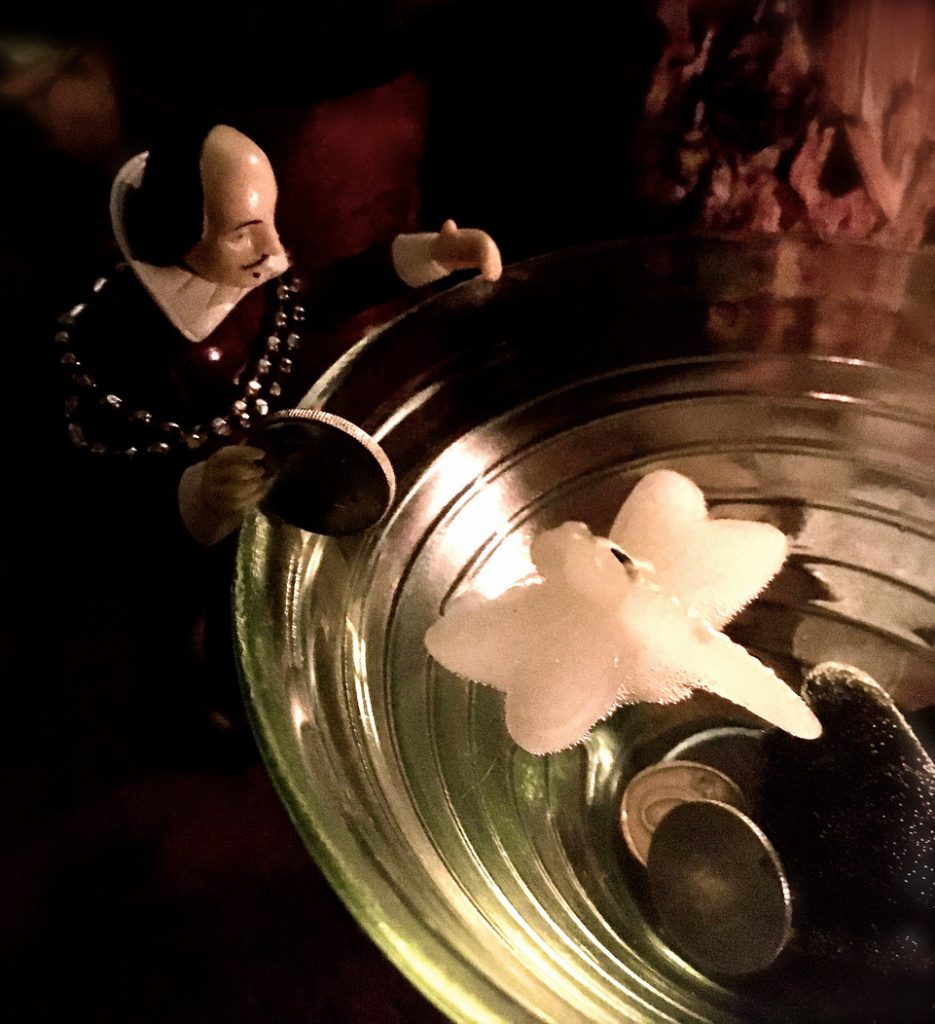 I draw and paint: this year, over a dozen of my paintings and drawings and photographs appear or are about to appear in art/lit journals (the word appear is used over and over in bios in art/lit journals. Not published, not is in: it appears. Inferred magicianry). 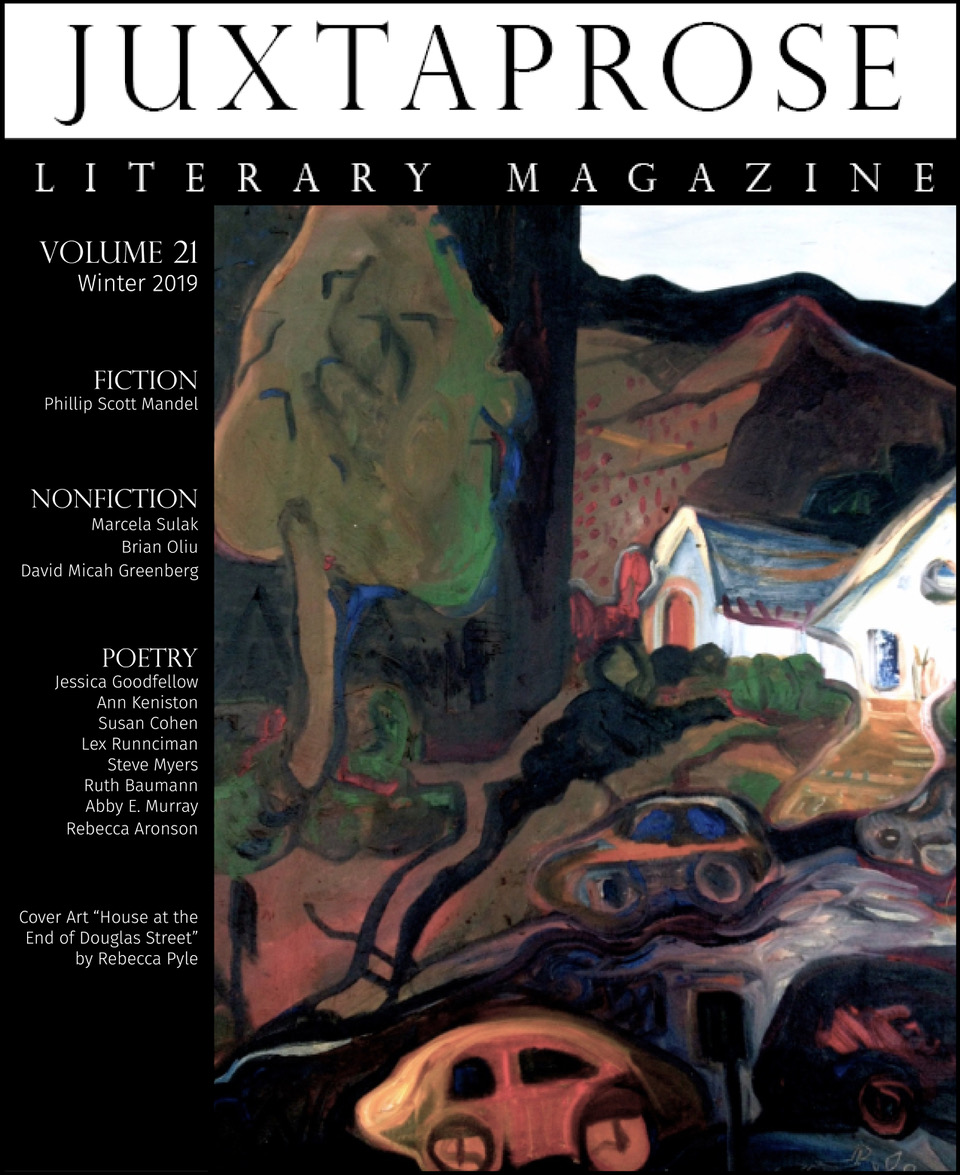 I this summer look up almost every old boyfriend I can think of, of forty years ago, send messages to them, hear about their lives, wives, travels, outdoor pursuits, continued educations. I learn Ivy league degrees, law school, conservatories, Ph.D.s make no difference. Ogrelings still tend ogreish. Frogs who could have been princes are still not. The young princes — now old princes.

I tell them my creative work, all of it, is as if rolled into glass bottles and sent off into the ocean; sometimes the bottle bobs back, often a very long time later, letting you know it arrived (appeared!), whether your manuscript or artwork is chosen, or rejected, whether your work was worthwhile.

I receive praise from young men who still seem young men to me: men I was once so close to. From one, however, I receive a fury of condemnation, which I have heard before. I am over-entitled, too overly impressed with myself with my work. I am childish and dull, he says. My thinking, he says, is stunted and incorrect, and always has been. My work, only student level, should not be accepted by anyone, or bragged about; it should be thrown away.

I learn two art images are about to be on journal covers; the other art images are to be in journals out of Washington state, Washington, D.C., New York state, Georgia, California, the U.K., Yale’s School of Medicine, Manhattan’s The New School, Rosemont College, The College of William and Mary, and, at one time, out of Greece, from Cambridge university students editing La Piccioletta Barca while quarantining there.

I sometimes drive to the Great Salt Lake to walk on a tiny portion of its sandy salty beach, near where an old grand Great Salt Lake pavilion was, they say, a historic place for revelry even during the somberness of World War II. Long ago destroyed by fire.

I look up houses for sale across the ocean, to see their fireplaces, to look up restaurants down their same streets.

I now have a rice cooker, and hefty fifteen-pound sacks of Nishiki brown rice.

I write, a week ago, a children’s book manuscript about a young girl becoming Princess of the Great Salt Lake. She is a dreamy writer and artist, quite young, starry-eyed. Her princessdom includes a glowing building looking like many square diamonds clustered together, pave style, built on the shore of the Great Salt Lake: it’s made of thick sturdy glass blocks, and inside are galleries, courtyards, theaters, salt water fountains, auditoriums, and most of all, a café cozy to look out at the lake from, any day or morning or evening of the year.

I write that stored sun makes the building glow all night; the glass block building is a nightlight for the lake, its boats, its bats, its seagulls. Even the Salt Lake’s tiny brine shrimp are drawn at night by its glow.

I know the French centuries ago began the fashion of wearing diamonds; they were, however, most in love with the light diamonds received, then sent out, emitting. Scattering unpredictable flecks and flickers of light through a room — in any room any wearer of diamonds was in. 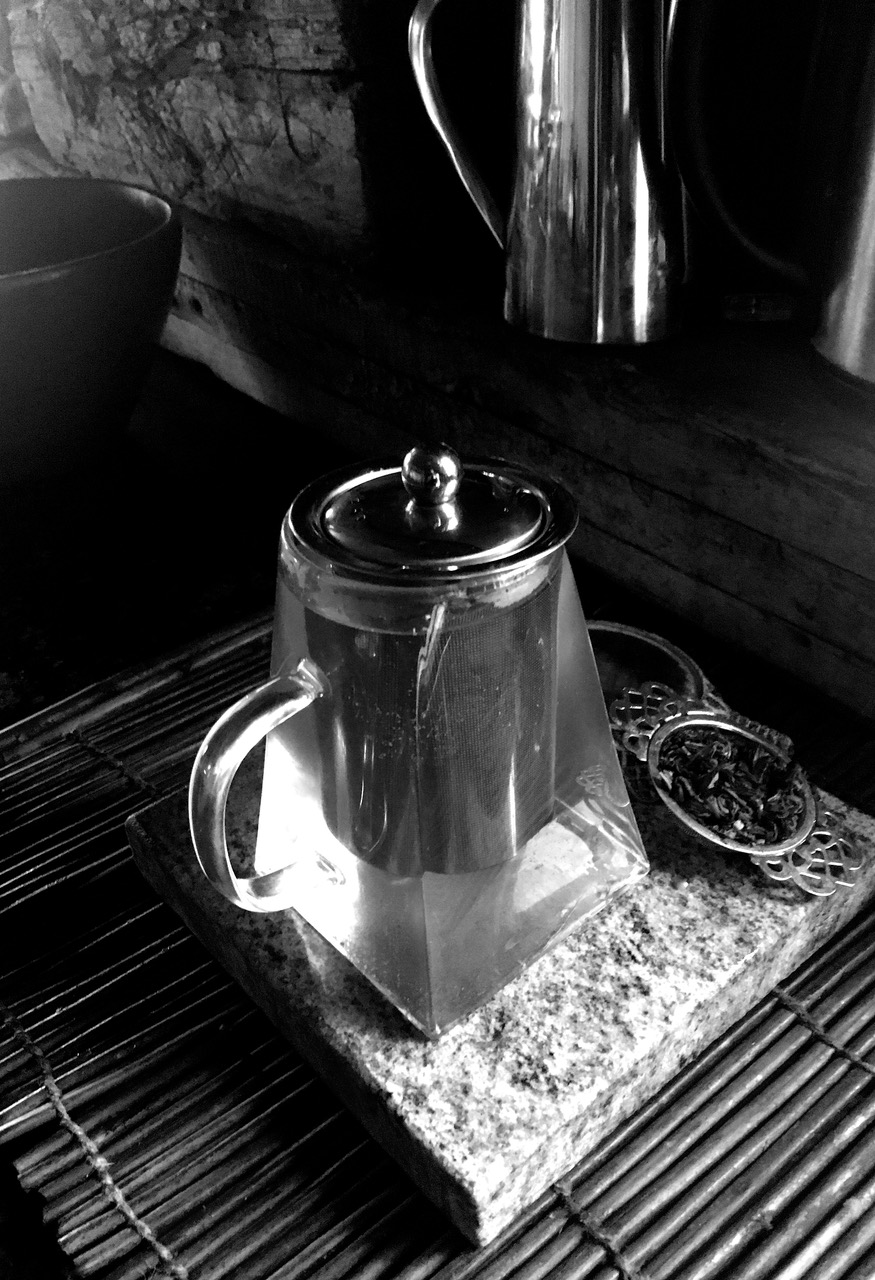