With our “Still Here” series, we are checking in with members of Utah’s art community to see what the past several months have meant for them. Linnie Brown creates layered artworks with collage, paint, printmaking, and drawing that reference on-going human activity within geographical spaces.  She grew up in the suburbs of Portland, OR, and studied painting at Brigham Young University.  She went on to receive her MFA degree from the University of Utah.  She currently works from her studio in Lehi, Utah, teaches part-time at Brigham Young University, and is represented by ‘A’ Gallery in Salt Lake City. 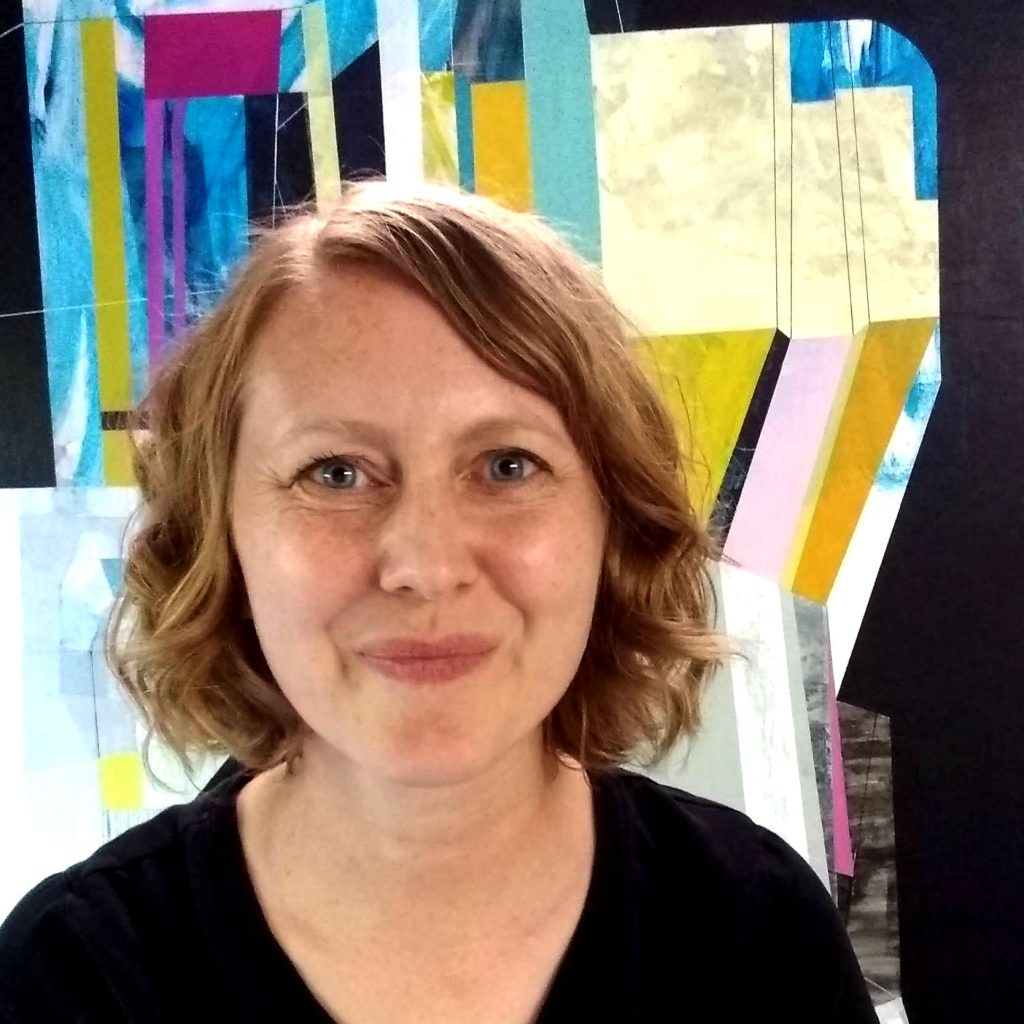 With my studio in our basement, I’m very used to working from home. So, when the pandemic and ensuing closures struck, that part was fine. What I was not used to was my husband working from home.  I know he’s a civil engineer, but really what that means is he talks on the phone ALL day.  Nine months into this, he’s still here. Set up on a folding table in the family room.

It was also a big adjustment to have our two teenagers schooling from home. When their typically jam-packed schedule became a blank slate, they felt idle and unmotivated. Every day felt the same, and, as my daughter put it, “there’s nothing to look forward to.”  As a family, we mourned canceled musicals, sports seasons, and a long-awaited trip to Italy. We tried to keep up family morale with somewhat regular schedules and Takeout Thursdays, Friday Movie Nights (systematically working our way through the rest of the Marvel movies + Star Trek tv episodes), and camping trips.  Although back in school and not here as much, my girls’ reluctance to get too excited about anything has remained. They’re thrilled if something actually happens, but don’t count on anything; it can all be canceled at a moment’s notice. I’m unsure if this trait, somewhere between flexibility and cynicism, will serve them well in the future.

I’m an adjunct at BYU and teach one class each semester. Going online in the spring was tricky, but teaching the same class blended (one day remote and one day in-person) this semester has been even harder.  For a part-time teaching gig, I spend entirely too much time stressing about how to not be mediocre in this teaching environment, how to keep students motivated/engaged and how to help them produce quality work.

So, honestly, working in my studio has been the most familiar part of this year for me. I was halfway through preparing a new body of work for an upcoming solo show when all the shutdowns started. I’d also just received an Artist Career Advancement Scholarship to fund professional imaging of that yet-unfinished work. Driven by those two set deadlines, I was on a pretty ambitious painting schedule and logged studio time every morning as usual. Art-making has been a comfortable routine to me, where I can walk into my studio, shut the door on bigger issues, and just get lost in the visual problems before me. I had my solo show at BDAC in August, with a small but meaningful opening.  Since then, I’ve completed a small series of seven works on paper, and I’ve also started work on a new series for a show next year. 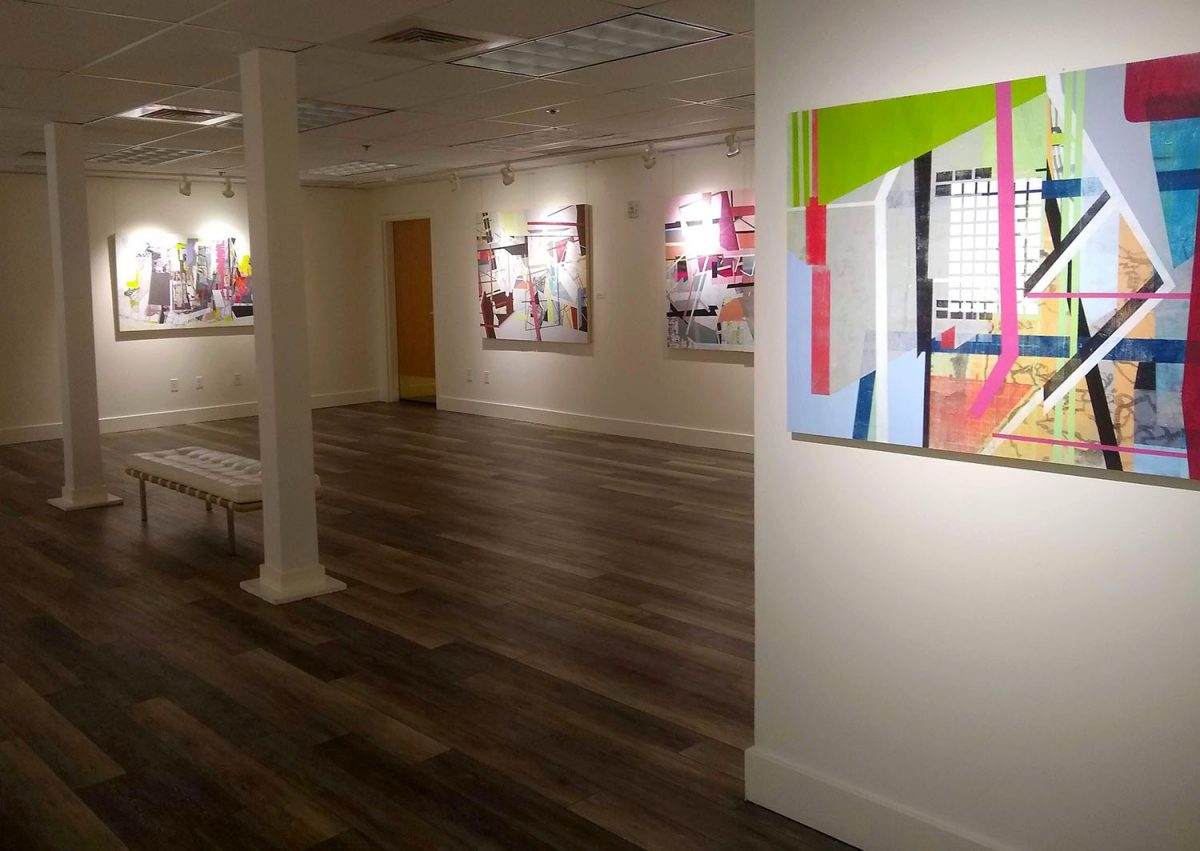