Slideshow of Shame: The Utah Arts Council Wants to Give You Your Work Back 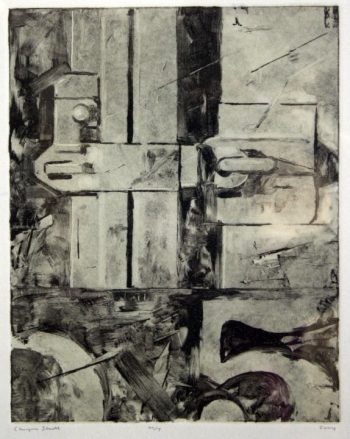 Boxcar 5 by Christopher Shill from the 2004 Statewide Annual

It’s time again for the Utah Arts Council’s Statewide Annual Exhibition. Which means we have a lot of work by artists across the entire state not accepted into the show that will need to be picked up by its owner. Undoubtedly only about half those artists will bother to pick it up. The biggest problem is when our traveling exhibition program travels work around Utah for 9-12 months. Those artists seem to forget their work existed or maybe don’t care to see it again.

The exhibits we travel across the state with the Traveling Exhibition Program tend to accumulate the most work. Earlier this year unclaimed works from the Hogle Zoo’s World of the Wild exhibit were lined up along the bookshelves of my office. Immediately after I had to deal with the Springville Museum of Art’s All-State High School Show. I’m going to be honest and say high school students are the worst – they’re too mobile. Most were seniors when they loaned us their work so a lot of those kids have moved away to college or flown off to foreign countries for two years. I have to rely on next of kin to claim their art. It’s rarely successful. In fact, I just sent off an email reminder and about half of their emails had delivery failures. Awesome.

The small closet behind my desk houses stacks of paintings and photographs from TEP shows plus other exhibits from shows here at the Rio Gallery – mostly from the Statewide Annual Exhibition. My closet is not the permanent resting place for orphaned work though. No, my closet is more of a halfway house for unclaimed art. When someone from years past calls and says they want to pick up their painting from several years ago I go retrieve it from our storage facility and bring it to my office. When the artist doesn’t show up in the next week or so I move their work to the closet. But it’s about time now for the closet stuff to rejoin the storage stuff.

“Storage” is where we threaten to send artwork if it isn’t picked up on the dates we specify in our notification letters. It’s not a bad place. It’s well maintained and secure; it’s just not in my immediate care. On the last day of pickup for the World of the Wild show only six artists had come to retrieve their work. This is when I make phone calls, reminding people to come and get their work for heaven’s sake. You wouldn’t believe the resistance I get from some people. Sometimes it’s like pulling teeth. I won’t name names.

A few years ago I decided to dig in and do some serious unclaimed art returning. I pulled out every single piece from storage. Many of them have labels with the artists name and the date of the show it was part of. Most dated 2004, 2005, but I had some that went back to 2001. (You might be surprised that we keep stuff for this long. But you’d also be surprised at the phone calls we get from artists wanting a painting that they didn’t pick up 10 years ago.) I called every phone number. I’d say most of them were disconnected or wrong numbers. I did get a couple artists saying, “Oh yeah…I’ll come get that this week.” So I moved them to the halfway closet. I think one person came.

I know some of these artists pretty well; I’ve worked with them. Some of them I’ve even seen in the past year, but just like them, I forget we have their artwork. If I was on top of it I’d say, “Hey, take this while you’re at it.” Some of them are my Facebook friends. In fact, last year about this time I saw one of these artists pop up on my chat list. I immediately sent him a message, “Hey, when do you want to come and get your giant painting from 4 years ago?” He was there within the hour. Score. Never underestimate the efficiency of Facebook. 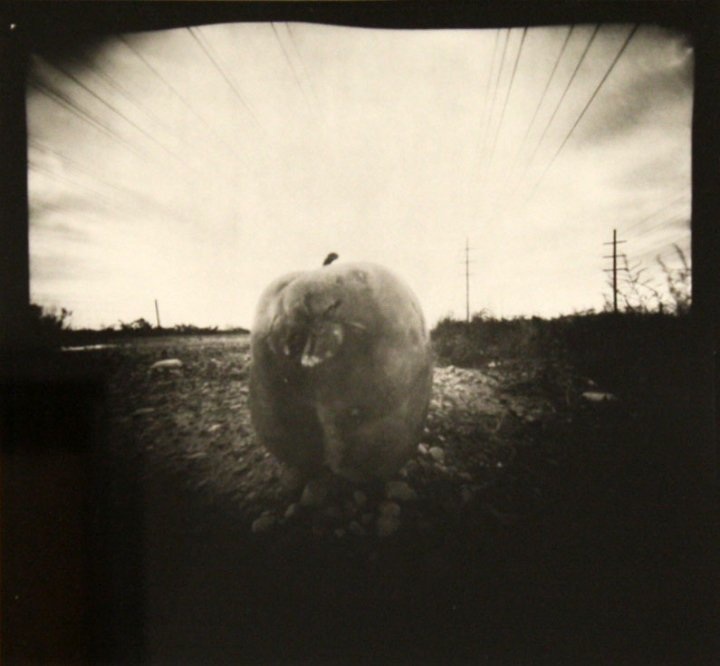 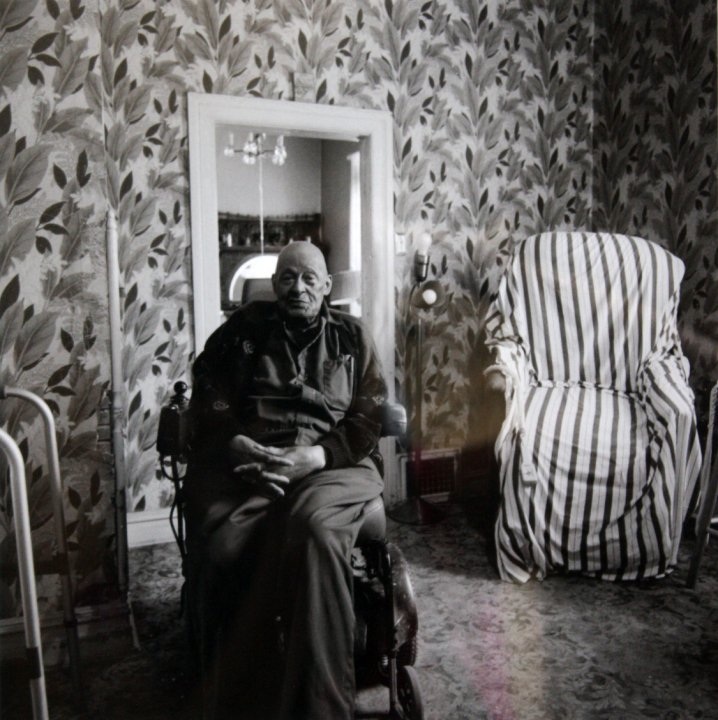 Leon Oliver by Kent Miles from the 2009 Statewide Annual 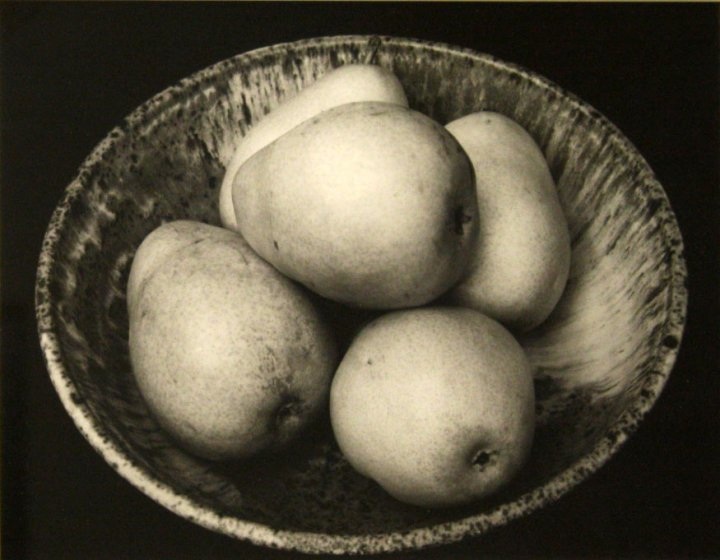 Back in 2001 we had about three weeks of dead time at the Rio Gallery. I decided I would hang all the unclaimed artwork. Many had no identification whatsoever. I had no clue how to get a hold of the artist, let alone who the artist was. It was actually mildly successful and I had two pieces claimed from that show. 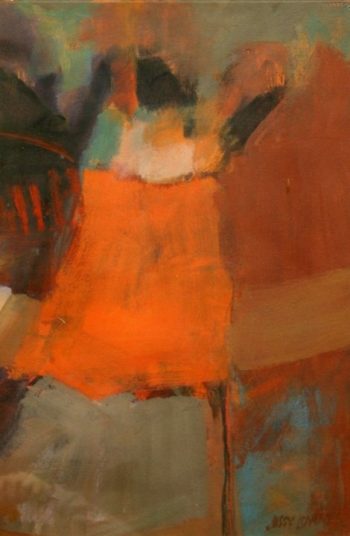 Dancing Orange by Jossy Lownes from the 2002 Statewide Annual

I always threaten to have an unclaimed art auction or sale or at least another exhibit – an exposé that shames the neglectful artist. But the gallery is too busy these days. These days, however, virtual galleries are almost as visible – maybe even more so.