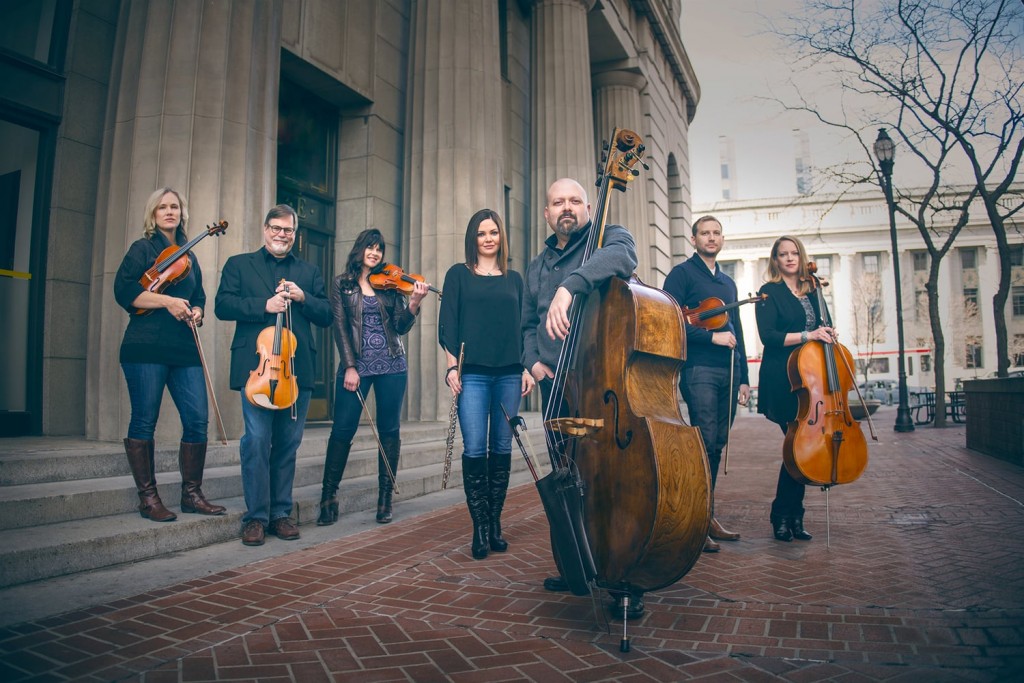 Sinfonia Salt Lake, Salt Lake City’s newest professional chamber orchestra, gave its inaugural concert on January 25 and its second on May 16 at the First United Methodist Church in Salt Lake City.  There is certainly a place for such an orchestra in the Salt Lake City area’s orchestral music scene, especially from September through June each year.

While the Utah Symphony at times performs chamber orchestra pieces on its Masterworks Series in Abravanel Hall (the ongoing Franz Joseph Haydn symphony cycle — Nos. 1-6 — under Music Director Thierry Fischer), its Chamber Orchestra Series during its regular season appears to have more or less faded out with the end of the 2008-2009 season (there was something of a revival during the 2014-2015 and the just-ended 2015-2016 seasons, with four total performances at Park City’s St. Mary’s Church). It is true that the summer home of the Utah Symphony, the Deer Valley Music Festival, has just expanded its Chamber Orchestra Series (at St. Mary’s) to five concerts, from the three that had existed from the Festival’s beginnings in 2003 up until this coming summer season. Yet, it appears that until the creation and arrival of Sinfonia Salt Lake, the consistency of purely chamber orchestra performances on any sort of regular basis in Salt Lake City had begun to all but disappear for the immediately foreseeable future.  In any case, Sinfonia Salt Lake’s prospective niche is both independent of these developments and complementary, and is to be greatly welcomed.

One of the orchestra’s founders is its music director, Robert Baldwin, who has been a key figure on the local orchestral music scene, where for many years he has been Director of Orchestral Activities at the University of Utah School of Music and also Music Director of the Salt Lake City Symphony, a decades-old community orchestra. Sinfonia Salt Lake currently appears to have a complement of eight violins, four violas, three cellos, one bass, and one bassoon, with two of the following: oboes, horns, flutes; so approximately 23 players, with some slight fluctuations based on repertoire, arrangements of compositions, and the orchestra becoming a bit more established.  All of these musicians are local professional freelancers.

Sinfonia Salt Lake’s May concert was held in the historic building where the First United Methodist Church resides.  The1905 building designed by architect Frederick Albert Hale provides richly and roundly resonant acoustics, with more than a modicum of clarity, and is superb for the sounds that a small chamber orchestra creates.  There is orchestral level seating (the stage is raised) and balcony seating that curve around the small stage, with the dome at the top and center of the building visible as it rises upwards in the interior.  The concert consisted of four compositions spanning three centuries, was warmly engaging and thoroughly convincing on the terms it had laid out, with a title of “Inspired by Royalty” — all the compositions were either composed for actual royalty or in some fashion inspired by royalty

George Frideric Handel’s ebullient Suite No. 1 in F major (about 25 minutes) from his orchestral work Water Music followed, in a thoroughly infectious but richly realized interpretation, deeply felt but never overdone or maudlin.  With Sinfonia Salt Lake’s complement for this piece of two horns, two oboes, and one bassoon, plus four first violins, four second violins, three cellos, three violas, and one bass, clarity was uppermost, but conductor Robert Baldwin ensured balances were sleek and appropriately tight.  Clean and lightly glowing textures added to a performance with a great deal of heart, with an Andante engaged with a stately pulse and a Minuet graced with a finely found and fondly remembered lyricism.

The Water Music was composed for King George I and premiered on July 17, 1717, by musicians on a barge on the River Thames accompanying the royal barge.  Along with Music for the Royal Fireworks, it is more than likely Handel’s most famous and popular purely orchestral music, so this selection in and of itself for this concert did not exactly expose a less-well-known composition to the local orchestral concert-going public, one of Sinfonia Salt Lake’s hinted-at founding goals.  But that is a rather pointless argument.  Sinfonia Salt Lake must program some greatest hits of the chamber orchestra repertoire to bring in and maintain an audience, as well as to assess and enhance its ensemble unity and range of artistry.

Twentieth-century English composer William Walton’s warmly solemn Passacaglia: The Death of Falstaff is an excerpt of about 3-4 minutes from Walton’s much longer score for the 1944 film Henry V that starred Laurence Olivier.  This strings-only piece began the second half on a rather somber and deeply pensive note, surely reflecting some of the heroic and yet-to-emerge optimism amid a swell of destruction invested in tenuous times that was the Second World War.  Finely delineated textures, artful and deeply felt, arched through this performance.

Austrian composer Franz Joseph Haydn’s Symphony No. 45 in F sharp minor “Farewell” ended the concert in compelling style and with feeling.  Haydn (1732-1809) wrote this composition (it lasts about 25 minutes) for his patron Prince Nikolaus Esterhazy, and it is one of his so-called “middle period” symphonies (in four movements) that helped solidify his expanding reputation as an almost unrivaled composer of entertaining and captivating symphonies.

Sinfonia Salt Lake had it all for this performance.  The dashing, floating lines of the first movement, an Allegro assai, captured the undercurrent of vivacious pathos in this movement, with a swirling sweep to the textures.  The second movement, a lucid, almost airy Adagio, was given a stately yet flexible line, and colorful phrasing, expansive yet clean.  The third movement, an elegantly playful and joyous Menuetto:  Allegretto, received gently bracing balances and ever alert but never overbearing phrasing.  Finally, we arrived at the jettisoning verve of the Finale:  Presto  —  Adagio, where the musicians, slowly, over the course of the movement, as individuals, pairs — and even trios — are directed to leave the stage (in this case they walked down the stairs on either side of the stage into the audience seating).  Impulsively attentive textures arrayed with colorful bouquets of instrumental timbres ended with the concertmaster, Leslie Henrie, the principal viola, Leslie Richards, and the conductor, Robert Baldwin, being the last musicians performing.

For the upcoming 2016-2017 season, its first full season, Sinfonia Salt Lake has scheduled six regular-season concerts.  The second one of the upcoming season, in October, subtitled “Towards the Dark Side,” looks to be especially interesting, with a trio of works including Bernard Hermann’s Suite from the 1960 film Psycho, Luigi Boccherini’s Symphony No. 6 in D minor “La Casa del diavolo,” and Gustav Mahler’s arrangement/transcription for string orchestra of Franz Schubert’s String Quartet No. 14 “Death and the Maiden.”  There will be a world premiere by local composer and music critic Ed Reichel in January 2017, along with a piece — Spirituals for Strings — by mid-20th century American composer and conductor Morton Gould.  An enticing program in May 2017 will feature the three Mozarts:  Leopold, Wolfgang, and Franz Xavier (father, son, and grandson), guest conducted by former Utah Symphony Associate Concertmaster and conductor Gerald Elias.

Sinfonia Salt Lake’s founding statement includes the following:”Committed to offering engaging music rarely heard at traditional symphony concerts, we offer an eclectic repertoire of music from the Baroque era through the present day shared in intimate concert venues.”  It certainly appears that there will be an ardent effort to uphold this promise, and other historic concert venues appear to be under consideration.  So expectations have been set for some truly adventurous programming and what should be compelling performances, as the first two concerts of Sinfonia Salt Lake point the array of exciting outcomes in a sure direction.  Sinfonia Salt Lake deserves the attendance and support of any local concertgoer at all interested in orchestral music.  May it last for many seasons to come.

You can learn more about the group at http://www.sinfoniasaltlake.com.