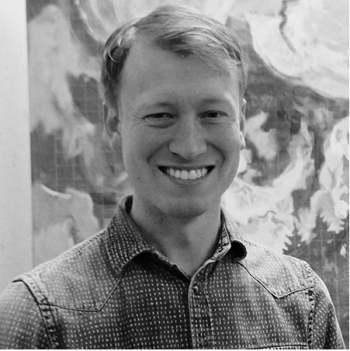 Ron Linn is a multidisciplinary artist originally from Portland, OR, whose work is primarily based in drawing. He received his MFA from the University of Oregon in Eugene, OR. He has participated in several residencies, including Signal Fire, an artist and activist organization based in Portland, aiming to introduce artists into wilderness spaces, as well as the NES artist residency in Skagaströnd, Iceland. His work has been shown at Carnation Contemporary, Disjecta Contemporary Art Center, the Rio and Alice Galleries in Salt Lake City, Bountiful Davis Art Center, and PDX Contemporary Art. He currently teaches painting and drawing courses at Brigham Young University in Provo, Utah, where he lives and works, and where he is a founding member of the PARC artist collective.

Artist Statement
John Berger writes that a drawing is never simply of an object, but of an object being looked at. Drawing is at its root an act of translation that seeks to transform something as fleeting as what we see into a fixed image on a tangible surface. And, like most translations, it almost always comes short. Lately I have been obsessively drawing stones that I find on my walks, trying to read the messages written in their surfaces as I trace their contours on paper. I am interested in how stones might speak signs, becoming maps, or diagrams, or even records of their own histories. I like to think of these stones as a sort of record of deep time along with their ephemeral interactions with our species. It is endlessly perplexing to me that the forces through which a stone begins its life deep within the earth might eventually connect it with myself. Each specific mark builds on the next to create an image, in much the same way that we gather a series of fleeting images and perceptions in order to create a picture of the world, or in the way a stone itself is shaped by ephemeral touch and time over millennia. 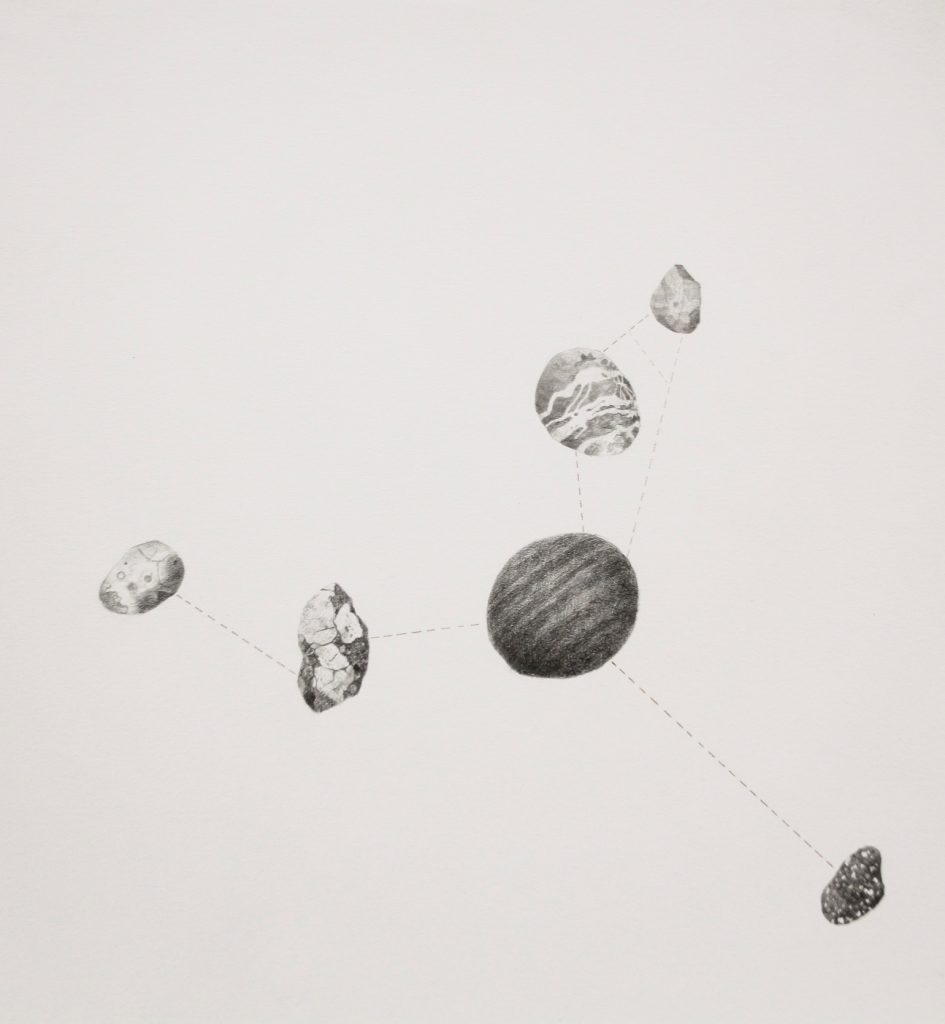 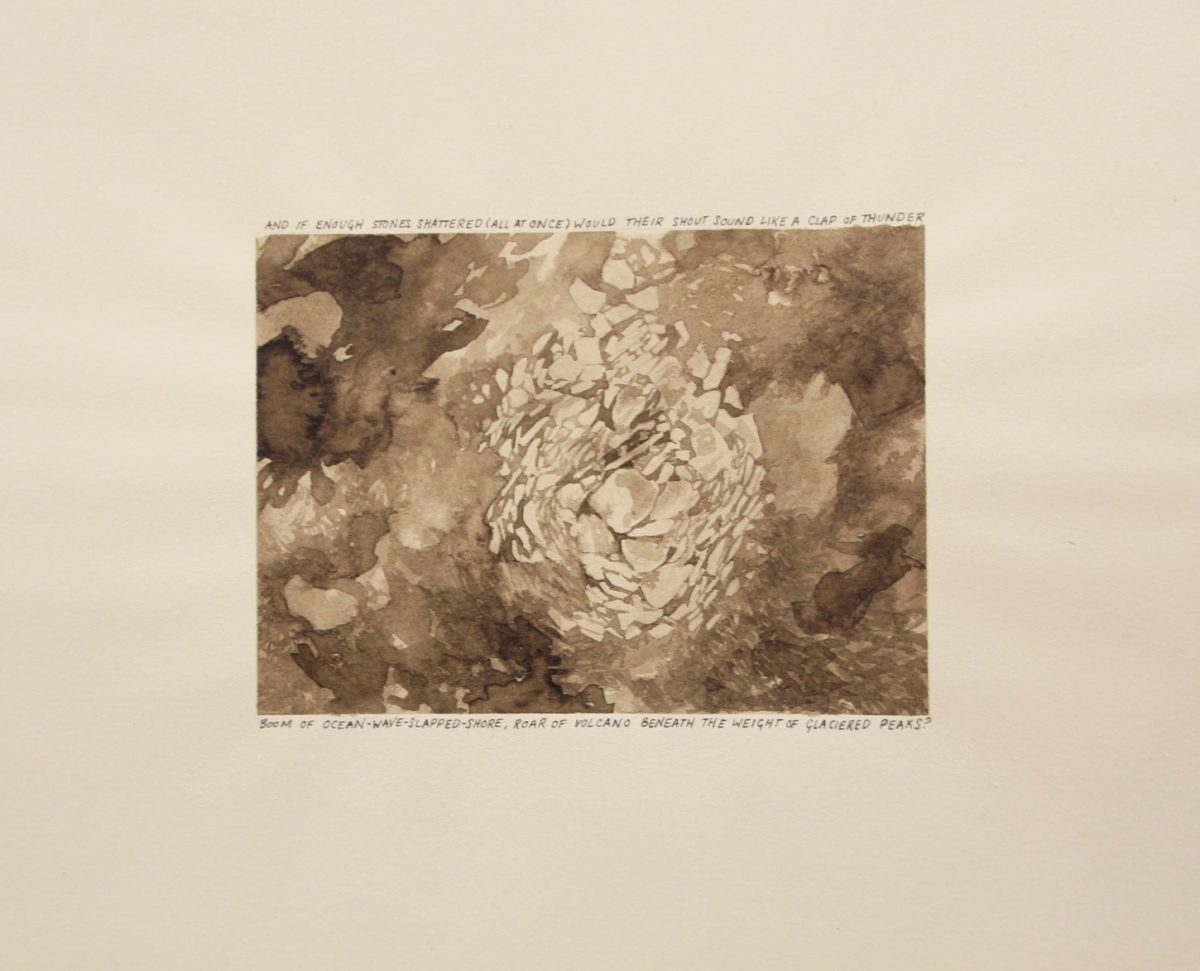 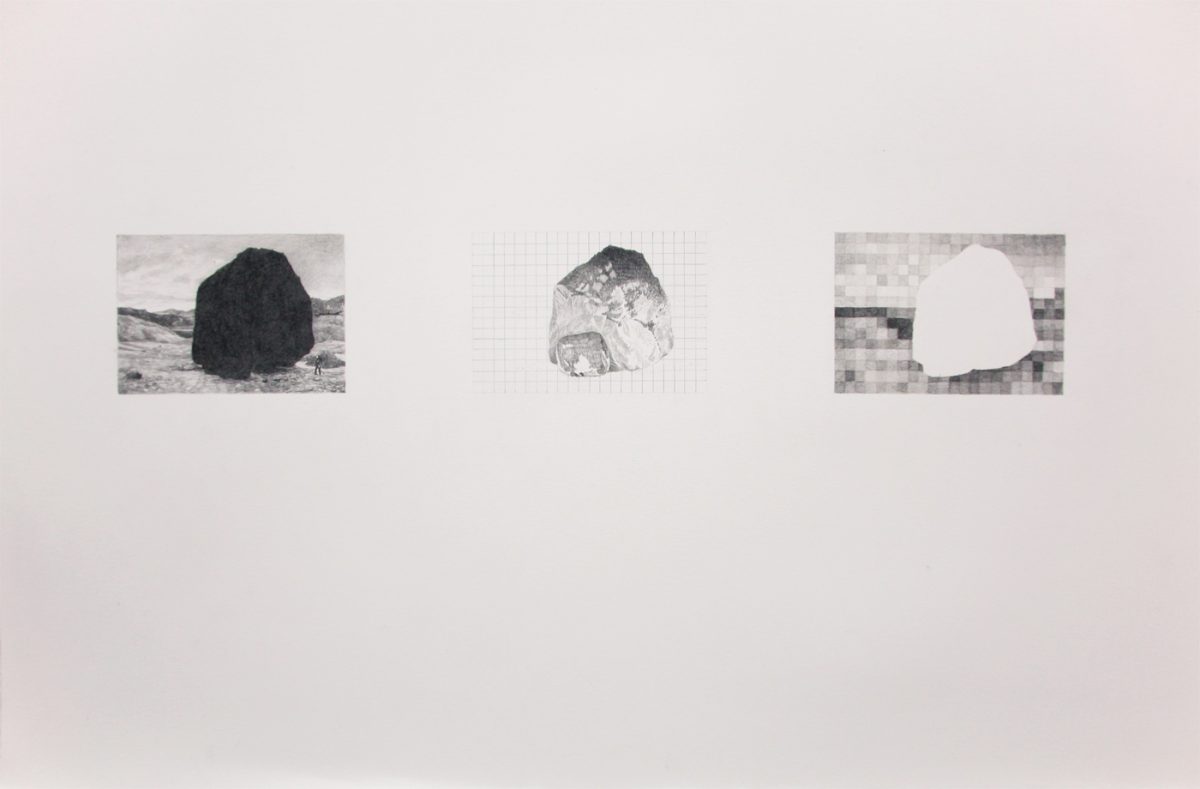