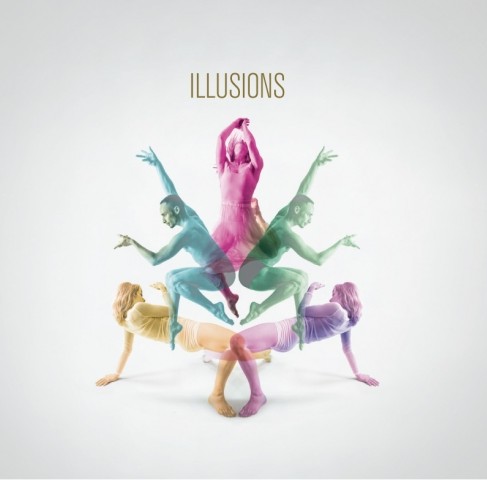 Without Alwin Nikolais there might not be a Ririe-Woodbury Dance Company. Shirley Ririe and Joan Woodbury were young choreographers and dance instructors at the University of Utah when, in 1963, they invited Nikolais to lead the summer workshops for their fledgling dance company. Woodbury had met Nikolais in Chicago when she was studying dance in Wisconsin. She says he was both a choreographer and a philosopher, someone who taught her how to form dance to say what you want, but also how to improvise in order to discover new possibilities within oneself.

“Nikolais taught about being present in dance and present in your life,” Woodbury explained in her profile by Laura Durham in our 2014 publication Utah’s 15: The State’s Most Influential Artists. “He said you should transcend yourself and become bigger and faster than you are, changing your body so you can be expressive with yourself and communicate with someone else.” Nikolais spent five summers in Utah, critiquing the dances Ririe and Woodbury were working on with their small company (which he suggested they should name after themselves). He also gave them two of his own works to include in their repertoire.

Nikolais’s works emphasize improvisation, eschewing established patterns and techniques. They involve complex sets, lighting, music and props, all designed by the choreographer, which are as important to the performances as the dancers. His works were first described as distanced and unemotional, a contrast to the drama-driven dance popular in the post-war period, but the influence of his visual vocabulary and stage forms has proven him to be a pioneer in multimedia dance.

Nikolais became a sort of touchstone for Ririe-Woodbury, his works appearing in their performances throughout the years. Then, in 2003, 10 years after the choreographer’s death, the Nikolais/Louis Foundation for Dance selected the company to house the dances of the choreographer: Ririe-Woodbury is the only company permitted to stage a full evening of performances of Nikolais’s work. Which is what they will be doing this weekend at Salt Lake City’s Capitol Theatre.

Illusions, which will be performed Jan. 29th and 30th, including an abbreviated matinee performance for families on Saturday, includes major works by Nikolais created between1955 and 1985: in “Crucible” (1985), angled mirrors transform the eerily-lit dancers into floating abstract forms that twist and wiggle in space; the depersonalized forms of the Day-Glo clad, masked dancers in “Gallery” (1978) form automaton-like figures in a shooting gallery; while in “Mechanical Organ” the costumes and stage effects are stripped-down (literally) for a pure dance piece that is both playful and lyrical; and in one of his earlier and best-known works, “Tensile Involvement” (1955), long elastic bands tied to the dancers form complex patterns as the dancers run on and off the stage.

Each is an essential work in the oeuvre of the groundbreaking choreographer. The performances are a chance for local audiences to view what audiences in New York are eagerly anticipating: Ririe-Woodbury will bring Illusions to the Joyce Theatre there for the Alwin Nikolais Celebration, Feb. 9-14.