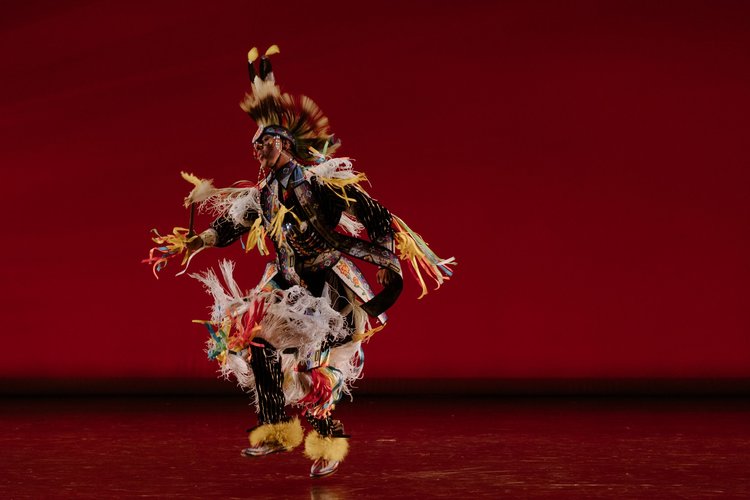 Repertory Dance Theatre’s “Mosaic” was a curated evening that showcased the broad range of cultural communities in existence in the Salt Lake City area: Polynesian, Native American, Spanish, Hispanic, African, Japanese, Cambodian, and Greek, as represented in the show. It was intended to comment upon how movement as a means of communication is universal across cultures. By additionally showcasing RDT performing snippets of its repertoire, “Mosaic” attempted to frame community-specific forms of dance and Western concert dance in the same way, equalizing them in terms of worth.

While ultimately this goal was achieved for me, the majority of RDT’s pieces felt out of place in the concert. There is a difference between being inspired by a tradition, and preserving and developing movement traditions unique to an individual culture. Such was the case for “Cutting the Sugar Cane” by Ted Shawn, a piece inspired by the movement of Cuban workers, but not actually created for Cuban bodies. Additionally, the program made sure to point out Shawn’s interest in the “Far East,” a reminder of his predilection for Orientalism and the influence of stereotypes on Asian communities. As RDT’s pieces were the only ones showcasing this blending of movement from multiple cultures for a concert audience, it almost felt disrespectful to the other artists on the program.

NFR Dance Troupe and Malialole (a Native American and a Polynesian group, respectively) also performed in multiple pieces throughout the evening that were so high energy it felt remarkably uncomfortable to watch the piece in a dark theater in silence. These two groups prompted me to reflect upon what we may perceive to belong in a concert dance venue, what we may perceive belongs elsewhere, and why we may hold those perceptions. I recognized that such internalized expectations might be exactly what RDT intended to address in “Mosaic,” but unfortunately that wasn’t explicitly shared.

Two events helped me examine the jarring dissonance I was feeling. During “Mosaic,” I was seated by the families of the youngest Polynesian dancers (three young girls who were probably 5 or 6 years old). Having been silent for the majority of the concert, the parents came alive and started clapping along and making joyous noises when their girls came out on stage. This reminded me that even though we may expect concert dance to be presented to and received by a silent audience, such rules might not be steadfast.

Speaking with Banchero the next day about contemporary African dance reminded me that Native American dances now primarily take place in a competition setting – hence the plethora of colors and textures represented in the costumes. These dances may have originated for a cultural purpose, but the culture has since developed and changed. My expectation as an outsider was that the movement and the culture would remain as they always were, and in the past — which is not true of any culture.

Overall, “Mosaic” was an extremely enjoyable evening that even made me tearful at points. It was emotionally turbulent yet at the same time gratifying to inhabit a space with performers and communities who may dance for a different purpose than I do. I appreciate that RDT reached out to these communities and shared their voices with the concert dance-going community, and I am left with much to reflect upon as a result.