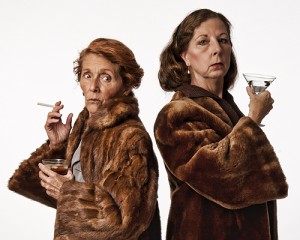 Playwright Brian Richard Mori set himself a challenge when he set out to dramatize one of the 20th century’s most illuminating literary feuds. While more than half of all Americans must be old enough to remember this and other events from the early 1980s, few things can have a shorter lifespan than celebrity, and there may not be that many who can clearly recall Lillian Hellman or Mary McCarthy. Then there’s the lost world of this play, in which books and their authors matter, a reputation is worth $2 million in court, and network television fulfills a social role more influential, if only slightly less instantaneous, than Twitter. Yet the careers of these two influential writers, whose groundbreaking works tore the veil of secrecy off women’s lives just as they were emerging from family to public spheres, plus their own experiences pioneering roles for women as public intellectuals, make their story not only timely, but compelling for today’s audience.

It’s not impossible to tell a true story straight; historians do it daily. Literary storytellers, on the other hand, generally follow Emily Dickinson’s advice to ‘tell it slant.’ In the case of Hellman v. McCarthy, which opened off-Broadway last February, then moved to Los Angeles before coming to Salt Lake, straight chronology was not an option. Although Hellman and McCarthy had in common some of the important events and persons of their era, they were not friends, and as the play would have it, found that era too small to accommodate two such large personalities. Even their one synchronous moment, on which the play opens, finds them on opposite ends of a TV broadcast, wherein Hellman overhears McCarthy tell host Dick Cavett that Hellman’s memoirs, on which her reputation came to rest as her plays receded from public awareness, are riddled with historical errors. Or as McCarthy calls them, lies. The lawsuit that results consumes four years of their lives, including the last four of Hellman’s, whose death alone settles the suit. Legal fees and time lost by members of the alleged ”conspiracy” she drags in were probably worth more than the $2.25 million damages sought, and in any case may have hastened the deaths of both authors. In addition to telling two parallel-but-detached stories, Mori must sort through the many layers of the feud that make it a measure of the ebb and flow of modern American cultural tides. And then, because as so often happens in real life, it lacks a proper ending, he has to find one. While the beginning couldn’t be more authentic, having been broadcast and recorded on video, it’s up to the playwright to find a resolution that is true to what its characters might have actually done, had they both lived to enact it.

The distillation necessary to fit two such extraordinary lifetimes into one evening—in fact 90 minutes—gives Hellman v. McCarthy something of the quality of a popular novel made into a film. Some prior familiarity with the names and events that fly by will help, while at times specific allusions loom so large they threaten to swamp a fragile craft. The climactic confrontation, a meeting of the two women without witnesses, undoes much of their public images by showing them at first reminiscing on, then competing for, the posthumous favors of their husbands and lovers. That the play comes most fully to life when they conjure the ghost of Dash Hammett proves poignantly how far women still had to come at the end of these lives. As the curtain-calls underscore, each woman ends up in this version with one male lawyer and one simulated female friend. As inevitable as that feels here, any number of latter-day women’s biographies come to mind that could be related without reliance on men. For instance, The Group, McCarthy’s 1963 novel about women entering public life on the cusp of World War II, directly inspired Candace Bushnell’s Sex and the City. Then again, the popular revision of her essays for television and movies ended up suggesting that women’s lives are still about men’s. No one should be arguing that the issues raised by Hellman and McCarthy have in any way been truly settled.

So it may be only realistic that the play’s last speeches, left to the male actors who so ably support the two stars, end up paradoxically undermining the women’s achievements. Any measure of progress attained inevitably also measures the distance remaining, and one looks in vain for the strong female shoulders on which their mantles might have fallen. Some other points might be missed by audience members who focus too narrowly on the two authors. Jeffrey Owen and Jeremy Chase, as the principals’ lawyers, give their characters dignity in the face of their clients’ hostility and shared distaste for the profession. They also capture the collegiality of the two men as they chat amiably, commiserate over their predicaments, and then in a double theatricality, attempt to disembowel each other in court. 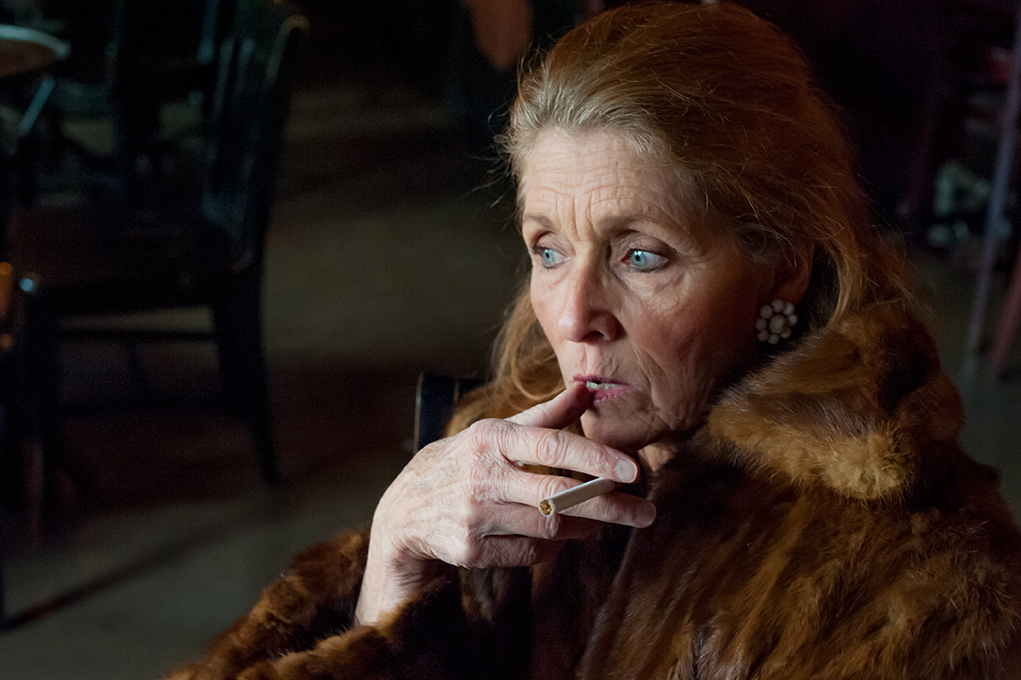 Reb Fleming, one of the founders of PYGmalion, channels a convincing Lillian Hellman in a way that Jane Fonda, who played her in the film of Julia, couldn’t even approach, employing language so foul that even a seasoned audience was audibly startled, and handling it like she’d been using self-hating sexist and racist language all her life. She displays Hellman’s hardened carapace, the palpable result of her losses at the end of a long and frustrating life, without failing to fashion glimpses into the damaged, disappointed girl trapped within. Barbara Gandy’s Mary McCarthy has the longer road to travel: she begins as a relatively young and healthy, certainly cocky and confident celebrity, but one who is buffeted by the discovery of unexpected vulnerability, brought to the brink of financial ruin, and finally forced to depend on her lawyer’s charity as she once relied on her four husbands. These would be thankless roles, depicting yet another odd couple locked in self-destructive legal squabbles, were their parts not so juicy and, thanks to Mori’s meticulous editing of their copiously-documented verbal skills, exquisitely funny. 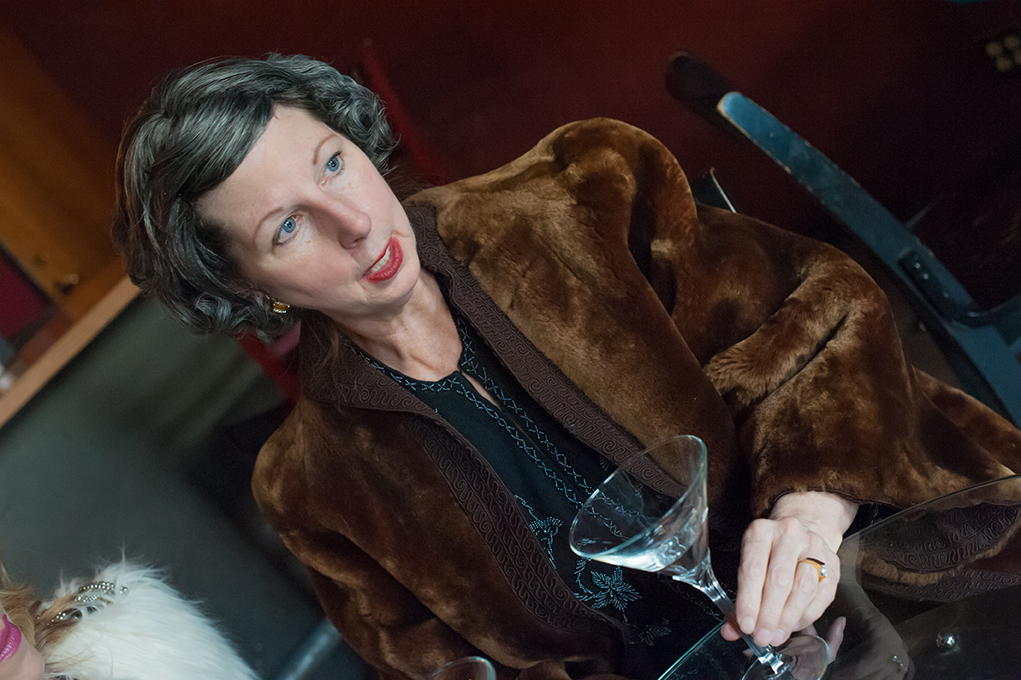 William Richardson manages to present Hellman’s male nurse, Ryan, as a refreshingly fully-rounded human being, instead of the collection of gay tics so popular with Hollywood and its audience. True, he does idolize Dick Cavett—a trope that may have been funnier when the talk show host played himself, and his embarrassment could splatter on the fourth wall—which this play punctures so routinely we might otherwise forget is there. But his response to Hellman’s violence conveys both his injured dignity and its flip side: the idolatry that keeps him there.

One reviewer in Los Angeles went so far as to suggest the play wouldn’t hold up were Dick Cavett, who played himself in productions prior to this one, to be replaced by an actor. It’s an interesting idea, but as the name ‘host’ implies, the role Cavett played on television was a self-effacing one, while here his character is required to intrude himself into the story, becoming in effect its narrator and one-man Greek chorus. In other words, the part calls for an actor, not an icon. That said, Allen Smith’s impersonation is curious. Like a figure in a mist, he captures some of Cavett’s more subtle qualities, like posture and movement, yet omits his most characteristic mugging and facial gestures. Google the play and you’ll see a photo of the actual Cavett grasping the bottom third of his face in his hand, an expressive gesture as genetic as how we fold our arms or interlace our fingers. What I missed was the almost startled, wide-eyed look: the mischievous light in the eyes of the deliberate provocateur. How much this was the playwright’s decision—after all, he and not Cavett decides what is after all a character’s behavior—is the sort of question Terry Gross can be relied upon to ask.

Director Lane Richins adroitly handles the shifting action as the two narratives alternate, sometimes within single speeches. He also comes onstage, introducing the play like a magician casting a raucous spell. He and the cast get excellent support from the technical staff, who perform flawlessly to create seamless theater. Finally, one bit of stage business is so wonderful that it demands mention, though coming as it does at the beginning it shouldn’t be completely given away. For some in the audience, the hardest part of a play is the moment when it actually begins: when actors come on stage and ask us to accept their illusions. At the Rose Wagner, that moment is so effectively disguised it passes without notice, and before we know it we’re there. In part it’s making the audience part of the play, initially performing the part of Dick Cavett’s TV audience, mechanically applauding on cue. But there’s something far more subtle, even brilliant that happens during a routine-looking setting up. That may already be saying too much. Those who miss it, or don’t care for such things, will still benefit from it. The hardcore theater enthusiast, on the other hand, will gain an unforgettable moment worth recalling for like-minded friends.