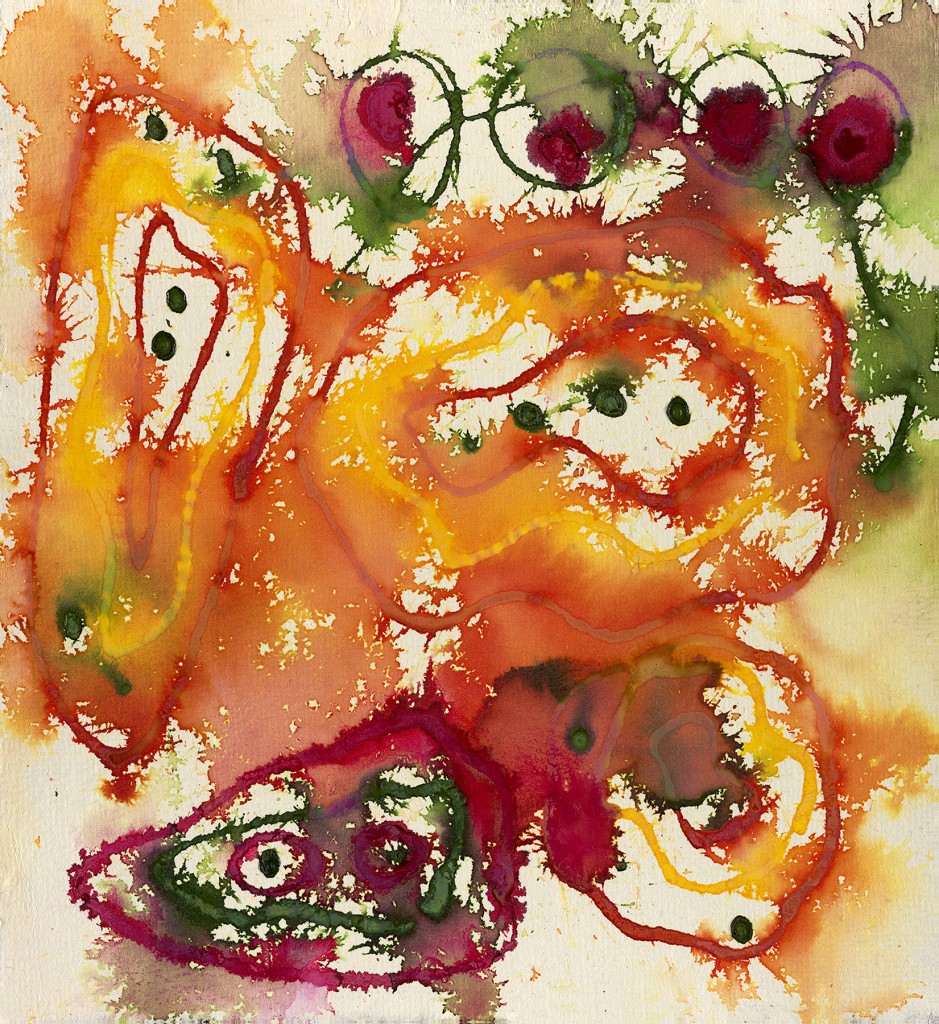 Sibylle Szaggars was in her high desert home in the southwest of New Mexico when the idea for the rain paintings came to her. It was 2010 and the monsoon rains, visible for miles in the distance, would arrive regularly in the afternoon. She decided to lay one of her watercolors outside to see what would happen. The paintings came to life as the rain pounded the paper and released the pigment, creating pools and spidery webs of color where before there had been simple contour lines. The experiment spawned a series of works, the Rain Paintings, which themselves spawned further explorations in other media, including a multidisciplinary project, The Way of The Rain, which was performed at Sundance in 2015. The Kimball’s current exhibit, Summer Rainfall, presents selected paintings from the series, as well as variations on the paintings in the form of silk tapestries and large-scale reproductions, forming a visual ode to the Earth’s changing climate . . .

Read the review in the September 2016 edition of 15 Bytes.