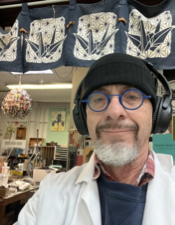 After working for 50 years with his family at Quality Stamp and Sign, Paul Vincent Bernard retired in October 2019. Just in time for COVID-19 to hit. “Three vaccinations and four negative tests later, I still feel as if I am sneaking around like a thief to Home Depot, the studio, going to the river to walk the dogs and increasing my list of Life Birds,” says Bernard, referring to the birder’s count of specifies identified in the wild. “160 birds at this point.”

Bernard has been a longtime resident of Poor Yorick Studios, where he occupies two adjacent studios in the D wing. “I have not done as much art but I am getting back to it,” he says of his studio practice. “Why is it so hard to feel normal? I have lost friends and acquaintances, and have known many who contracted this virus and luckily survived.”

“I look at my work. It is something about permanence and homelessness and forms that change with the slowness that geology allows. Our world is changing, climate change and all. We are but a brief interruption in the progression of how planets and stars move.” 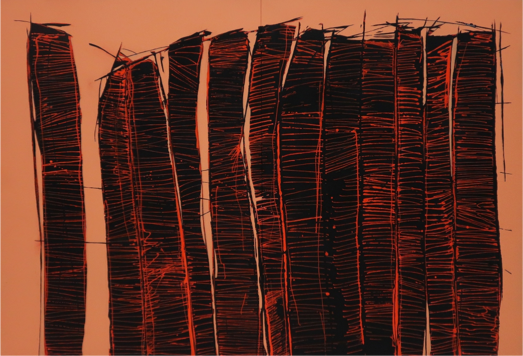 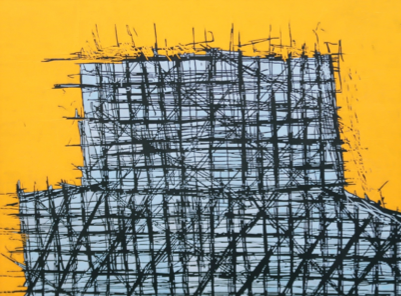 You can see more of the artist’s work at https://paulvincentbernard.com