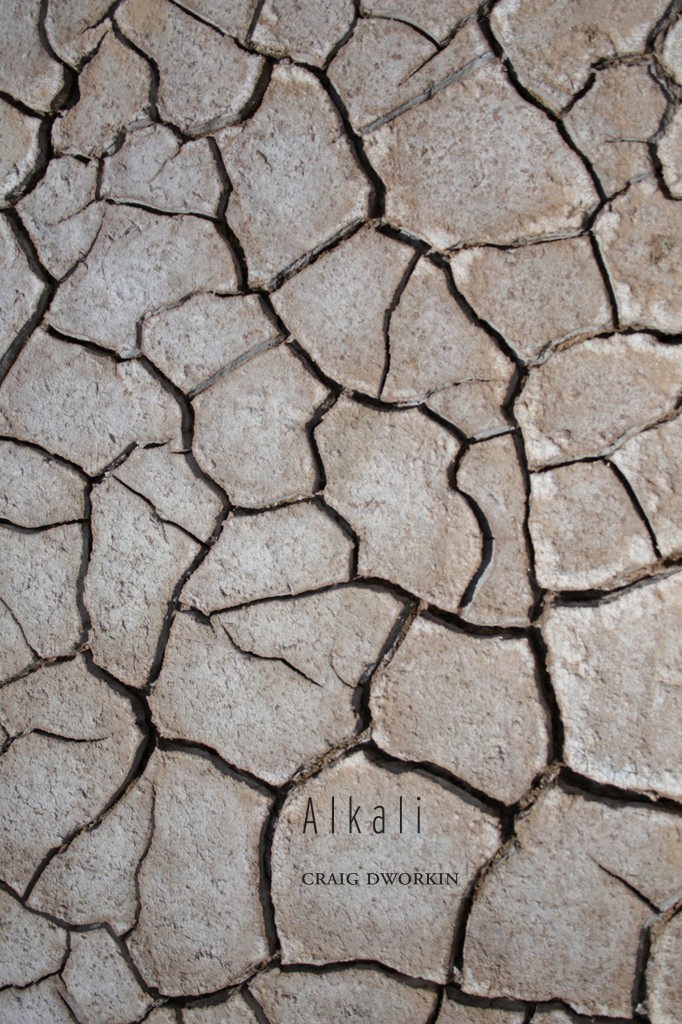 Craig Dworkin, a professor of English at the University of Utah, is a bright star in the avant-garde conceptual poetry movement.  Conceptual poetry is the opposite of what most people think of when they think of poetry.  Rather than using expressive language to explore the human condition, conceptual poets design their poems according to rules or plans, often by repurposing or remixing existing text.  It’s a post-Internet idea that has been termed “uncreative writing,” and in his introduction to the online UBUWEB :: Anthology of Conceptual Writing, Dworkin asks, “What would a nonexpressive poetry look like? A poetry of intellect rather than emotion? One in which the substitutions at the heart of metaphor and image were replaced by the direct presentation of language itself, with ‘spontaneous overflow’ supplanted by meticulous procedure and exhaustively logical process?”

So, the type of poetry Star Trek’s Mr. Spock might write.  It’s fair to ask, is Dworkin’s poetry any good? Is it even readable?

Take the poem “Feldspar” for example.  It was originally composed for letterpress at the University of Utah J. Willard Marriott Library Book Arts Studio to be printed on a complexly folded sheet of paper so that the words make grammatical sense read in any permutation, or as Dworkin describes it in the notes, “a verbal landscape filtered through the strata of the Oxford English Dictionary.”  As a person who holds an undergraduate degree in geology, this concept appeals to me—the poem is supposed to be like a phase diagram; external geochemical conditions determine which particular mineral assemblages and crystal morphologies form, to generate sentences like,

A tongue-twister, and as the words and phrases recur the whole poem takes on a formal quality like a nonsense villanelle.  I would be curious to see “Feldspar” in its original origami form (maybe Alkali could have included a fold-in like Mad magazine?) but even without literally taking crystalline form the themes in “Feldspar” are recursive throughout the book.  In other words, when you remove human sentiment from language you might get science.

“The Crystal Text,” a poem after Clark Coolidge, reads as if Dworkin were trying to re-create Coolidge’s book-length poem from distant memory.  While Coolidge wrote, “What I discover in writing comes out of the mess, the mix,” Dworkin’s remix includes a line credited to the French poet Fancis Ponge:

A rose encodes. The crystal quills. It evinces a will to formation, and the impossibility of forming any other way.

Dworkin has a keen ear for language.  His poems are full of puns and wordplay.  For instance, the title of the poem “Haligraphy” (writing about salt) could be a pun on haliography (writing about the sea) and, since it is followed by a short, unintelligible poem titled “All Saints,” perhaps also a pun on hagiography.  Translated into geological terms, salts fall out of aqueous solution due to evaporation to form minerals according to geochemical conditions.  In “Haligraphy,” these evaporites form patterns on the landscape as if salt itself were writing in a kind of nonsentient language.  Or as Dworkin writes,

Some pinnacled salts maze with manacled molecules;/Chlorides, in fragile shackles, concatenate; traceries of/ natric lattices encase the pan in lace.

These natric lattices appear again in “The Falls,” a poem about the expenditure of potential energy and patterns created by statistical chance.  This poem contains an excerpt from Robert Smithson’s description of the salt flats on the edge of Great Salt Lake where he built “Spiral Jetty”:

And then – as one’s downward gaze pitches from side to/ side, picking out random depositions of salt crystals on the/ inner and outer edges – a vertiginous keel.

Love acts as a kind of amnesiant, making us forget that emotion, /including its own, is completely soluble, however slowly, in time.

Dworkin’s linguistic tricks are often transparent.  The poems come right out and explain themselves:

With fourteen pages of notes to credit his sources (many in non-English languages) these poems seem to have precipitated like salt crystals from the oversaturated solution of Dworkin’s mind.  Kenneth Goldsmith, who is the most famous of the conceptual poets, has said, “Conceptual writing is good only when the idea is good.”  The idea of poetry as mineralogy seems good to me, but then again, you don’t have to sell me on rocks. I’m already a fan.