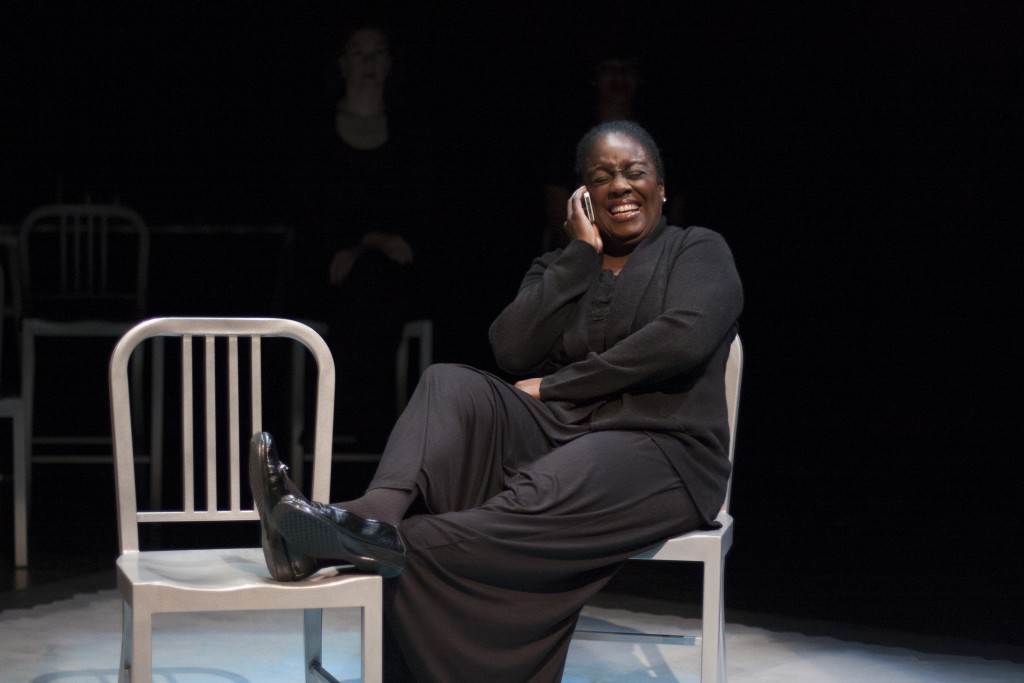 One mama (Dee-Dee Darby-Duffin) is feeling frisky as she makes a date for later in the evening.

Plan-B’s “Mama” is an absorbing play, beautifully performed Wednesday night by a quartet of fine actors. A rich mixture of high tech and solid theater, it resonates with a hymn to every sort of mother. Bad or good, absent or too-much present, drunk or sober, playwright Carleton Bluford makes clear that in the end these are, after all, our mothers.
A compilation of recollections of his own hungry days as a struggling actor in New York City, some fictitious situations, a request sent out to his Facebook friends for memories of their mothers, and a tribute to Harriet Tubman’s mother (this personage unclear if you haven’t read The Tribune, but with a tremendous amount of impact nonetheless) creates an ever-revolving series of vignettes packed with meaningful dialogue. Even the moments between scenes are given over to scraps of memorable writing on mothers by notable poets and authors.
And the play is sponsored, in part, by a mother who lost her son, David Fetzer, actor-writer and all-around Everyman according to his friends, to an accidental prescription drug overdose in 2012 at the age of 30. Betsy Ross founded the David Ross Fetzer Foundation for Emerging Artists, which, with Plan-B Theatre Company chose “Mama” in a blind reading of 24 plays by Utahns 35 or younger. It is, says Jerry Rapier, Plan-B’s producing director, “the first world premiere in Utah history by an African-American playwright.”
Numerous “Facebook” slides of mothers shown on a screen accompanied by poignant narration of stories about them — some cancer survivors, all extraordinary in their way, make up about a third of the production.
Rapier gives the considered attention to direction we have come to expect, drawing the very best performance from each actor onstage.

As the only male in the cast, William Cooper Howell plays multiple roles to great effect. He is a facile actor, convincing as both youths and seniors. 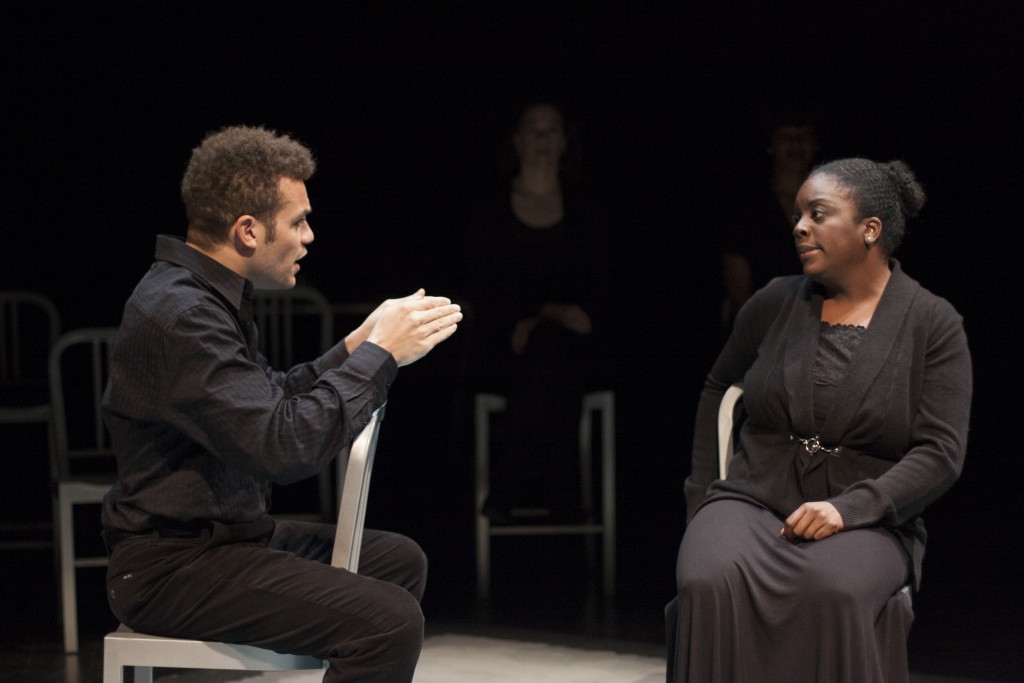 William Cooper Howell explains to Dee-Dee Darby-Duffin why he has to get into Brown — and needs her to cook up some collard greens for the college recruiter.

Dee-Dee Darby-Duffin, the only real-life mother in the cast, truly inhabits each character she portrays. She is almost eerie playing the very different and difficult roles of a weary drunken mother of two siblings who struggle to care for her; the sexy mama of a youth hoping to head to Brown University; the wife of a slave who watches her husband forced to submit to a night in the bed of the white mistress, and others.
Elizabeth Summerhays effectively plays the white mistress, and is a standout as the newlywed of a black man visiting her in-laws and taking a lot of hostile crap from her husband’s sister, excellently portrayed by the lovely and versatile Latoya Rhodes: “She white, you know. She can’t cook.” “What you make in Salt Lake City, green Jell-O . . .?” Summerhays ultimately erupts, tired of the abuse, and tells her to “Come to Utah and I’ll teach YOU to fry some chicken,” to the delight of her mother-in-law, played by Darby-Duffin. 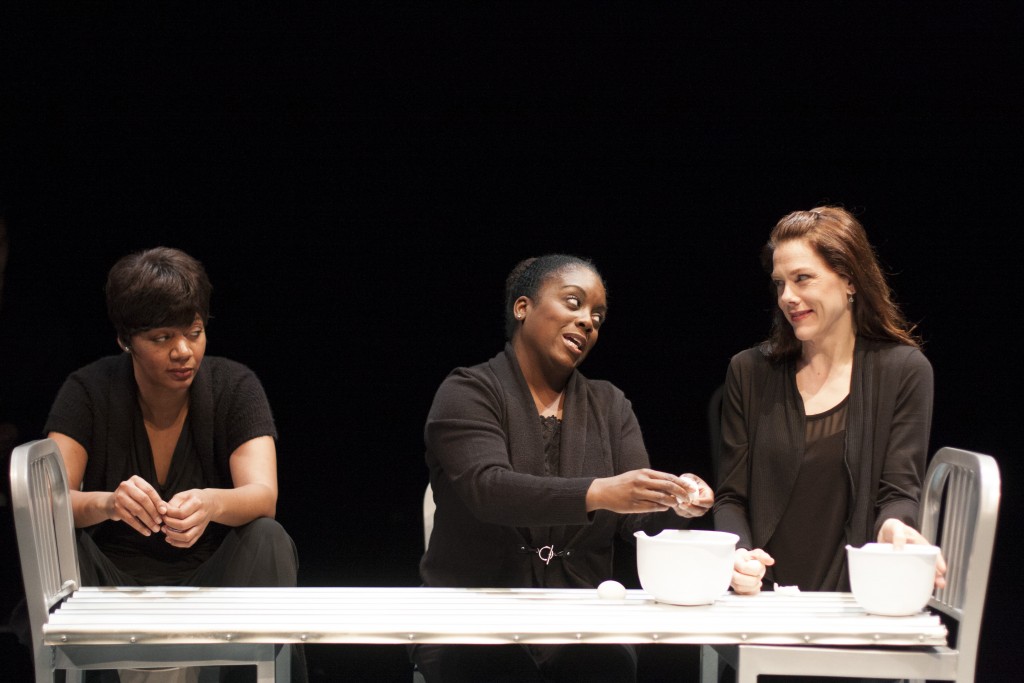