Plan-B’s Kingdom of Heaven: A Mormon Roadshow with an LGBT Message 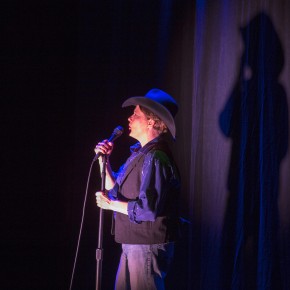 There is one topic du jour that seems repetitive: devout Mormons, lapsed Mormons, non-Mormons, all appear concerned lately (belatedly) with LGBT rights in the LDS Church. Books like the Mormon mystery His Right Hand by Mette Ivie Harrison, so many newspaper articles and letters to the editor, and now the first original musical at Plan-B Theatre Company, “Kingdom of Heaven,” deal abundantly with this subject.

Thursday night, it was Plan-B on the docket and an entertaining evening of singing and dancing it turned out to be, intentionally, it seemed, just like a Mormon roadshow of old — along with the topical stuff, of course. (Much of it confusing to non-LDS types, but all of this gets a bit easier to understand with practice, or so this reviewer has found.)

Apple’s Siri greeted us as the lights dimmed, ironically asking that we turn off our cell phones and iPads among other general announcements: the play would be 80 minutes long and if you needed to use the Ladies you wouldn’t be allowed back into the theater – that sort of thing.

Siri also told us that the book and lyrics were by Jenifer Nii; music and lyrics by David Evanoff; and the play was (extremely well) directed by Plan-B artistic director Jerry Rapier.

Brenda, her best friend and neighbor (Susanna Florence) encourages her to send a vocal tape to a rocker show (“Don’t tell me you sent them a Carpenter’s song?” she asks, aghast). MJ actually has sent in a song of her own composition and is invited to perform with a group of “drag kings.”

While she loves her husband and children (even delivering powerful “testimony” at an LDS chapel to this effect – also sharing her belief in Jesus Christ and the eternal family and some other things I didn’t get – gentiles might want to glance at The Salt Lake Tribune’s “Your Quick A-to-Z guide to Mormonism” before seeing this play — things are beginning to seem a little shaky at home and she wants very much to pursue a musical career.

Husband Joe (David Hanson – pitch perfect in every way) suggests his wife get a new hairstyle, a new dress, a makeover, have a spa day. MJ questions why that’s necessary, which leads to a heated discussion followed by a charming duet:”I Love You the Way You Are.” That sentiment doesn’t last for long.

MJ suddenly appears in pants instead of her long Mormon dresses, muttering about making further transitions, more than confusing her husband and kids. Unfortunately, there simply was not enough development of MJ’s character prior to her “discovering” her masculine side for this abrupt change to make sense.  “You seemed happy before,” Brenda says. “You can seem a lot of things,” MJ retorts.

And transition she does, appearing at her husband’s office party replete with David Bowie hair and wearing a tailored “man’s” suit instead of a gown. (It was Ann Taylor, actually.) Her appearance leads to a major blow-up at home, with shockingly crude language one does not expect in an LDS household. Joe tells MJ that this is where it starts – next she’ll be demanding the priesthood.

Gender identity and the church are revealed to be at the core of the play and some touching scenes (and surprising ones) ensue, accompanied, of course, by lovely and often amusing lyrics. MJ ultimately will perform a song called “Drag!” at a place called The Pleather Club – a name which seems a little “focused” for your average gay bar in Salt Lake City. And “I Love You the Way You Are” gets an unexpected performance as “I Like You the Way You Are.” Wait for it.

On opening night there were a couple of correctible flaws: Susanna Florence’s delicate soprano, for example, often couldn’t be understood over the music, as was true occasionally of other actors’ voices, particularly when the organ soared.

But David Evanoff’s orchestration and musical direction were superb — as was expected from The Tribune’s March 27th glowing feature article on him. Philip R. Lowe’s costumes were spot-on, though it did seem that friend Brenda changed outfits more often than a Kardashian.  Jesse Portillo’s lighting was, typically, excellent and the sets by Thomas George worked beautifully. Stage manager Jennifer Freed went beyond her job description to keep things running smoothly. 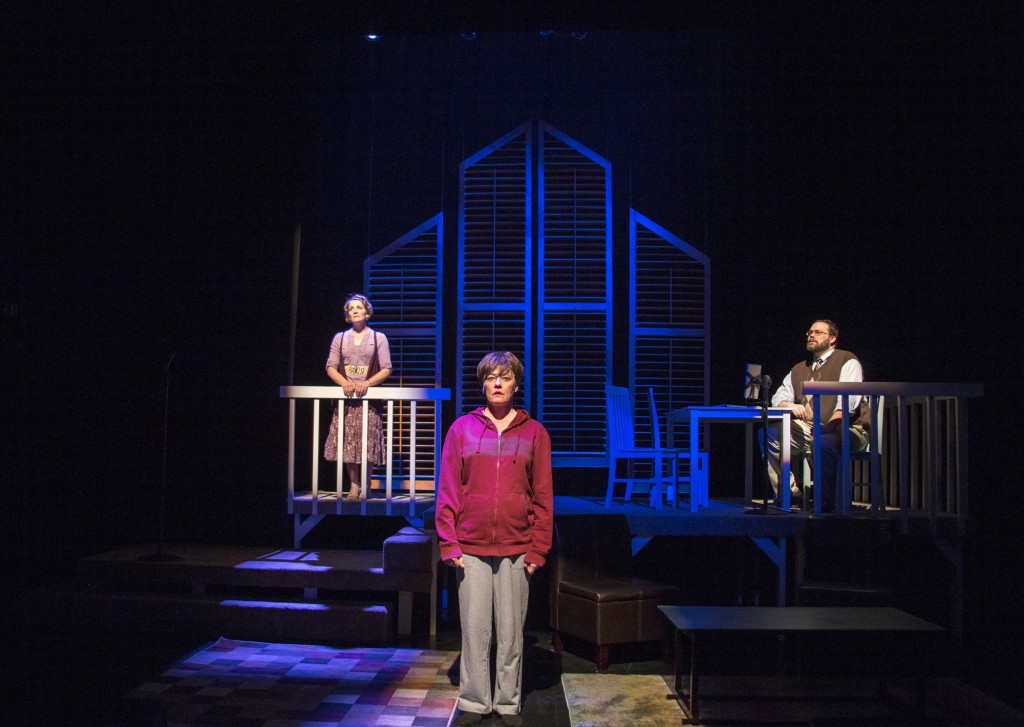