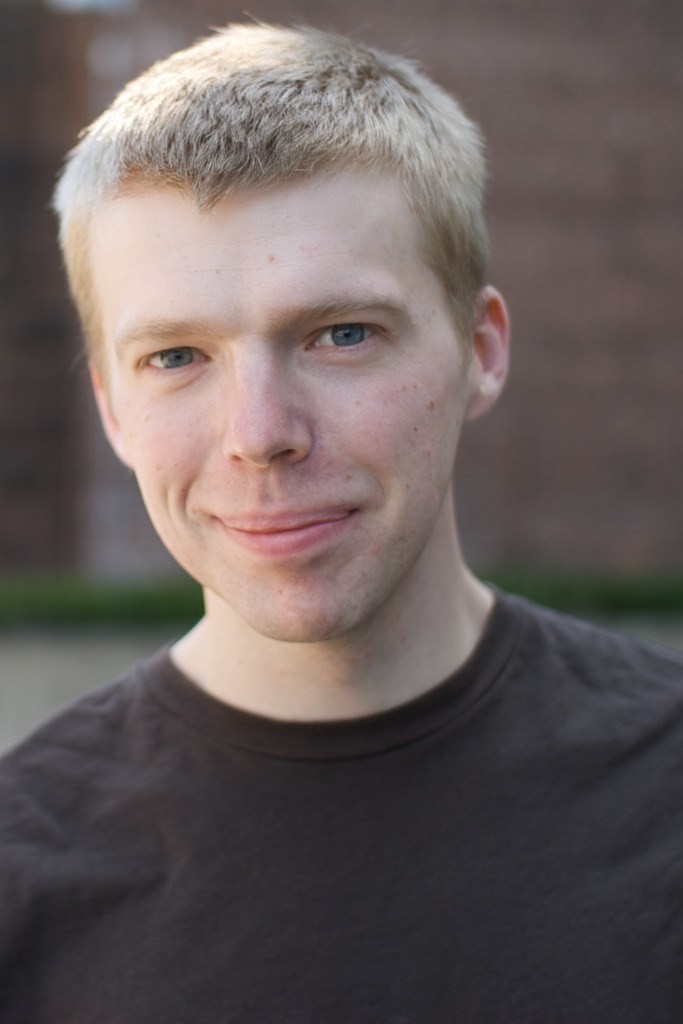 Sitting in the lush, wood-paneled dignity of the University of Utah’s Libby Gardner Concert Hall, watching a group of talented musicians dressed in black evening wear play the music of a cutting-edge composer, you find mirth welling up in your chest, swelling towards a guffaw, and wonder, “Is it OK to laugh?”

The evening began with five waltzes from Brahms’ Opus 39, played by Kimi Kawashima and Jason Hardink and including waltz number 15 (in A major), one of those popular nuggets that has burst free from the classical repertoire to become an ubiquitous part of our sonic environment.

This was paired with Norman’s An Index of Peculiar Strokes, a collection of miniature works the composer began writing in 2011 and which has been expanded on over the past four years. It’s the work of a bow nerd, each piece exploring a “particular, peculiar bow stroke,” with the Logan-based Fry Street Quartet playing in unison, reducing that exploration to a very focused single effect. Yes, similar to a lot of contemporary art, it sounds like an insider joke, the type of thing to appeal to people with degrees in the subject but less so to the in-cognoscenti.

For the opening “Release,” the glissando technique, in which the bow glides from one pitch to another, was on display. With dramatic gestures, the quartet pushed their bows up and across the strings, and then released, holding arm and bow aloft to create a dramatic visual and aural effect. And then they repeated it. Over and over. So that after the first half dozen strokes you catch yourself worrying, “Is this going to go on all night?” But in those repetitive movements, minute variations come to the fore, focusing the attention of your ear to hear a slight warble or reverberation, to distinguish the difference between one stroke and the next. It’s the type of detail a professional musician must hear all the time, but that is lost to the general audience, humming along to a favorite melody.

This first miniature ends with a pluck of the strings, and, after a brief pause, the quartet (Robert Waters, Rebecca McFaul, Bradley Ottesen, and Anne Francis Bayless) proceeds to “Rebound,” which exploits a very different stroke. The piece’s title calls to mind the visual effect of the spiccato, in which the bow is bounced on the strings— in this case long, languid bounces that accentuate the movement of the arm and let the notes breathe. It’s a much more pleasant effect, a lulling one, giving you the reassurance that this whole bow exploration thing may not be too bad.

But then the quartet lays into the aptly titled “Scrape,” where the bow comes across the strings in an abrasive, grinding tone of no pitch, creating waves of white noise like a creaking door opening and closing. And this is where it gets funny. The first miniature has focused your attention and ears, while the second has lulled you, and then this third peculiar stroke simply assaults you. You could hate it. You could walk out. Or you might laugh, which is a much more pleasant way to relieve the tension.

But you might also wonder if it’s OK to laugh, if this experiment in technique is meant as a joke to be enjoyed. Because here’s the thing, the timing of the joke, the setup of these first three movements (seven total were performed), was a decision not by the composer, but by the performers. Peculiar Strokes is a peculiar composition. It’s meant to be about 12 minutes long and meant to use any number of the miniatures created for the piece. But the selection and order of the miniatures is open to curatorial maneuvering: when it was played by the Attacca String Quartet, for example (see below), the work began with “Spread,” a selection that didn’t appear in Nova’s Sunday performance, “Release” came second, and “Rebound” and “Scrape” went unperformed.

In other words, Andrew Norman may be a bow nerd, but he’s not a control freak. In fact, a piece like An Index of Peculiar Strokes is a generous nod to the performers themselves, highlighting the techniques they use, rather than the notes Norman can put together. It’s also generous in the freedom it allows the performers to create their own meta-compositional forms with what the composer has provided.

NOVA followed Peculiar Strokes with Brahms’ “Scherzo in C minor” from the F.A.E. Sonata, with Claude Halter on violin and Jason Hardink on piano, a piece that showcases its own range of bow techniques; though with far more melody than Norman’s work.

It’s also a fast piece (yes, “scherzo” gave it away), and so an appropriate precursor to what followed—Norman’s 2004 Gran Turismo, an early work that feels a bit like a minimal composer of the ‘70s became a meth addict. Norman says the piece came to him while he was writing a term paper on Italian Futurist Giacomo Balla and thinking about Baroque string virtuosity while his roommates were playing the car racing video game “Gran Turismo” in the background. All three influences come together in an eight-minute piece that has the frenetic pace of a car race—complete with squealing tires and revving engines—with occasional shifts to more lyric passages that include solos for each of the eight violins.

If this sort of exploration of technique and sonic possibilities, sounds intriguing, know that Norman is not yet done with Utah (in fact, he seems to be a frequent visitor: NOVA gave the American premiere of his “The Companion Guide to Rome” in 2011). This weekend the Utah Symphony will be premiering “Switch,” a concerto Norman composed for Scottish percussionist Colin Currie. In a Salt Lake Tribune interview (see here), Norman says he thinks of the movements in the piece as “musical stories” with each instrument Colin plays causing an effect on another instrument in the orchestra. It promises to be energetic, dynamic and full of surprises. You never know, it just might be funny as well.

Check back at this site next week for full reviews of both the NOVA performance and the Utah Symphony.