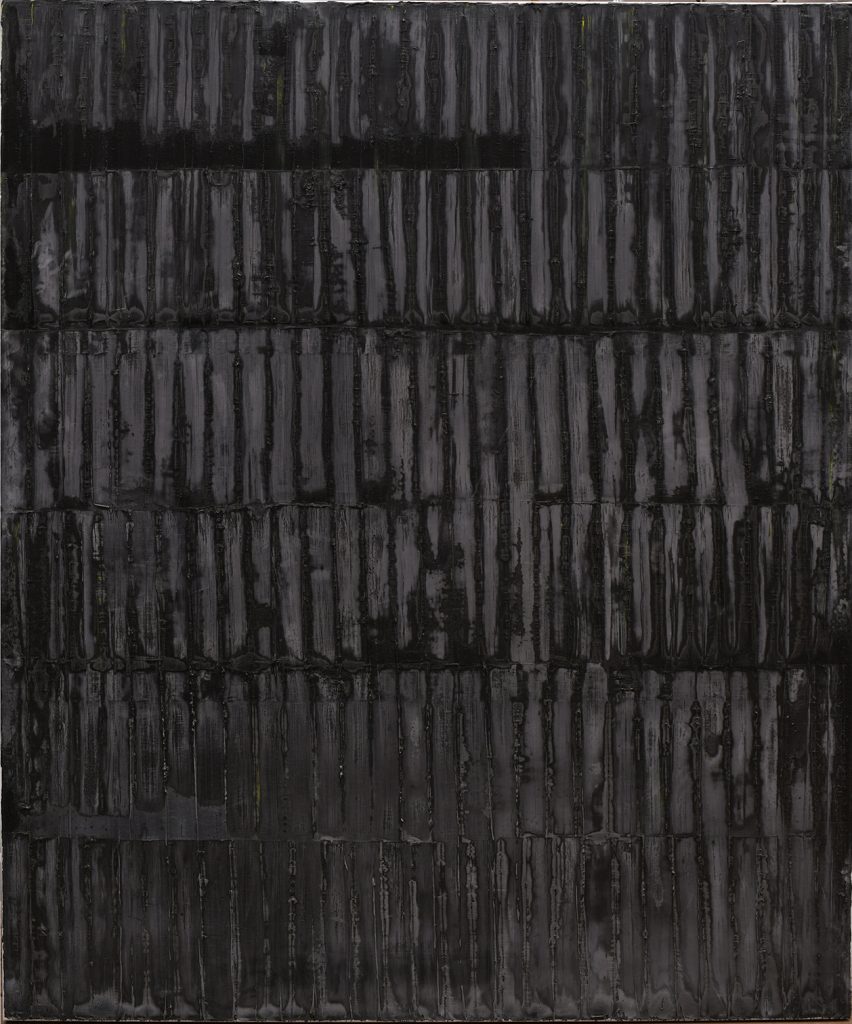 For several years Paul Crow’s art was about the outside world. The Weber State University professor’s work was frequently lens-based, passing through and observing the world, whether it be urban, ex-urban or rural. “Before, during and for a several years after art graduate school [MFA, University of Southern California, 2005], I made work about things outside of myself, my life and my subjectivity. I was interested in the accidental landscapes of commerce, the marks and erasures of history, phenomenology and empty spaces (these things often overlap).”

About ten years ago, as part of this practice, Crow turned his focus to climate change and pictures of ice formations as an indicator of a warming world (see Kelly Carper’s article on his 2018 exhibit). It was during this time that he “came across some of the first comprehensive global weather satellite images produced through a NASA program called Nimbus (named after the glowing cloud that was said to have surrounded the figures of Greek gods in mythology) and discovered that the program started a few days before I was born.  That led to a sea-change in my thinking, not just about that project, but everything I’ve done since.”

The realization gave Crow a new perspective. A perspective about perspective. “It has seemed to me for some time now that while there are many positive attributes of our species, there are a couple of glaring weaknesses, and chief among them is our inability to really understand much outside of our own short time alive, plus maybe the lifespans of our parents or grandparents. We can read about things that happened more than a hundred years ago, and even see pictures, but that’s different than comprehending the world through our full senses or hearing about the rich complexity of things lived through by the people who raised us. So in that first project about a warming world, I gave up some of my pretense of objectivity and started to think about things from the only vantage point that was really mine to claim anyway: my own limited time and place. This led me to an even more subjective activity of trying to use some of the materials and basic practices of artmaking as a way to get to a space of personal quiet and focus.”

That’s when Crow began making paintings that were part of a subjective, meditative practice rather than one based on an objective approach to the world. “I had been in a gallery in an ancient building in Venice, looking at paintings from the Korean Danseakhwa movement of the 1970s when the possibility occurred to me. Danseakhwa was a movement that rejected realism in favor of reducing painting to its fundamentals of paint, support and mark-making, similar to the concerns of abstract painters in America and Europe a couple of decades before. But what struck me about the work I was seeing was the intricate focus and repetition of the marks on those canvases. I imagined those artists fully focused on what was in front of them, not trying to paint a picture but to make a kind of mark.”

Crow starts simple, with a single color and a movement, such as creating a simple short line. “I try to clear my mind of everything except making that line, over and over, across and down the canvas. I add oil to keep the paint from drying so that I can return to one canvas several times, obliterating my first effort, and the second, and the third.  Instead of a brush I use something I might have come across at work or on a walk. At some point I have to get on to other things and the paint dries. Then when I need to, I’ll start on another canvas.” 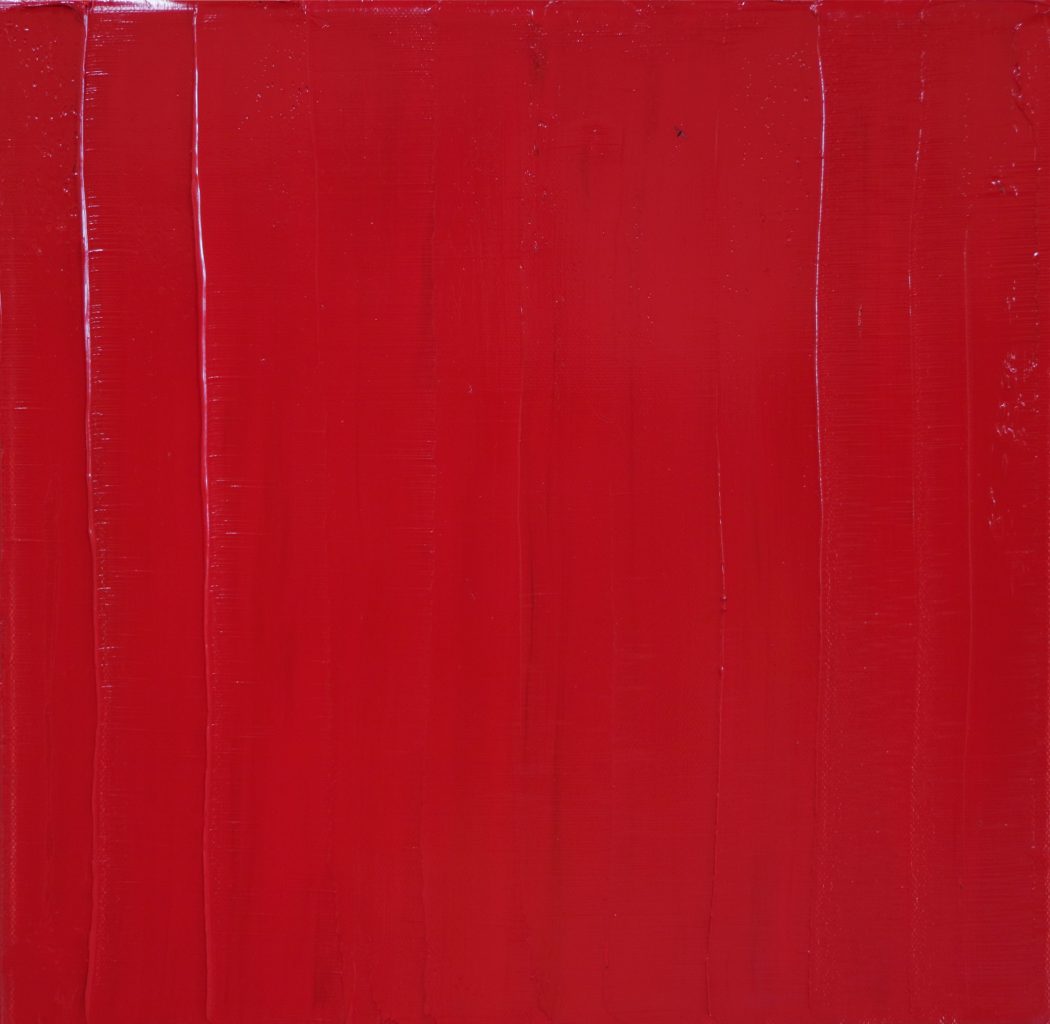 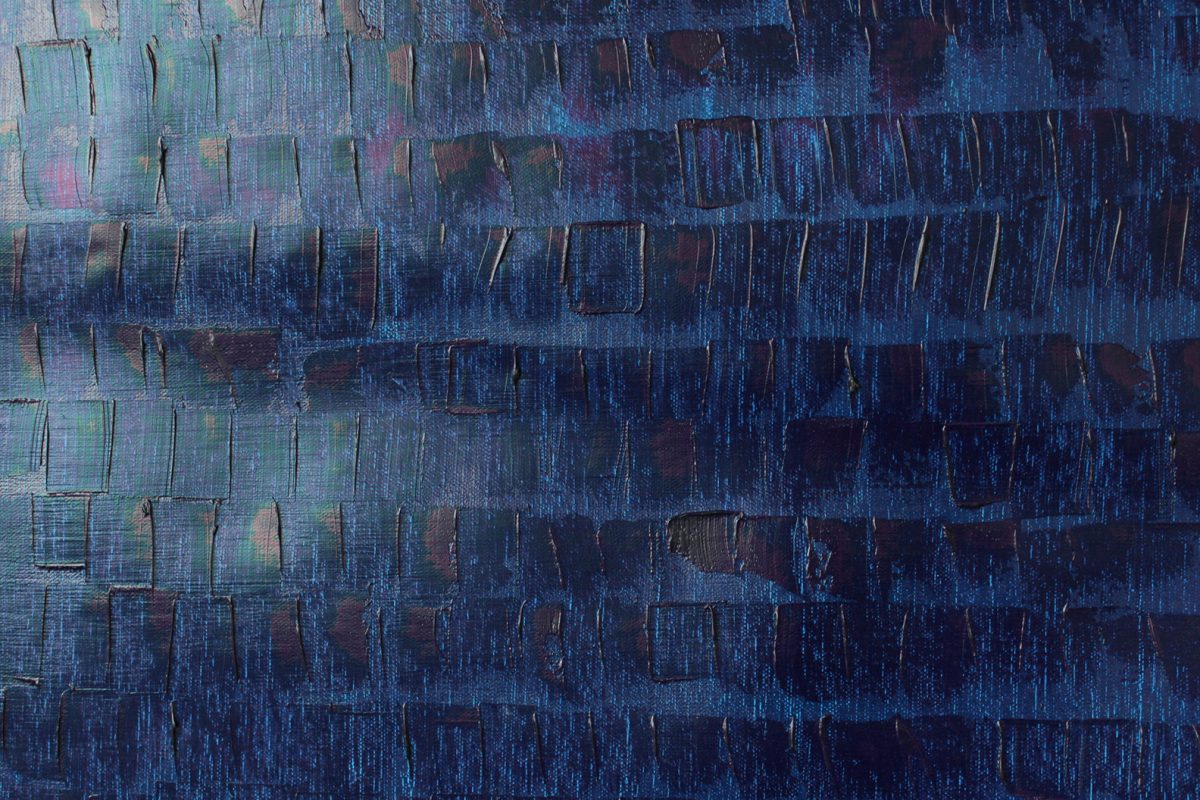 Commercial and academic settings generally prefer to pigeonhole an artist. Our “Variant of Concern” series cuts across this grain, exploring the practices that may lie outside an artist’s more recognizable output.