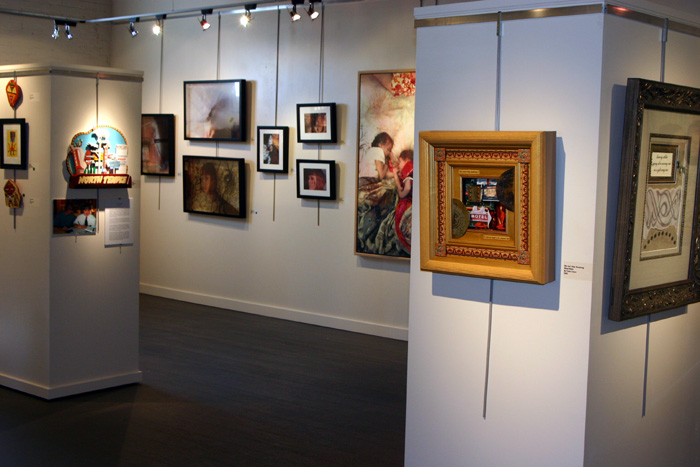 Art Access is a gallery with a purpose: a mission abbreviated in its name and personified by the photo of collaborating artists Joe Adams and Brian Kershisnik displayed in their foyer. Yet because of the generous interpretation of that goal—a reading as broad-minded as the mission itself—pursued by director Ruth Lubbers and abetted by Amanda Kaye Finlayson-Moore and Sheryl D. Gillilan, the art shown here is as fresh and innovative, and at times as experimental, as can be seen in any established Salt Lake venue. In a sense, then, the 13th annual Partners show now up, which brings Art Access close to its roots, closes a circle, proving that when artists whose voices would otherwise be silenced by disability are assisted in getting around their physiological obstacles, what follows can be both compelling and original art.

Ruth Lubbers is quick to agree that the Partners project brings Art Access closer to its original goal than some shows, but emphasizes that it’s also an innovation, a corrective of sorts, for an oversight in its program that was identified in the early 1990s. In those days, the gallery fielded a wide range of programs that enabled children and severely disabled adults to make art, but none that focused on the needs of promising artists whose work fell, frustratingly, just short of exhibition standards. The Partners project came into being in 1994 as a kind of custom-tailored art school that would match those artists with working professionals whose skills were strong in the areas where they were weak.

In the beginning, with the groundbreaking offer of Larry Christensen to teach Neldon Bullock oil painting, the role of Art Access was to pay the artists’ expenses and exhibit the results. Their story, by the way, is an excellent example of why no one can afford to be complacent about disability: a fate that awaits us all. Bullock was a fully functioning adult who augmented his career with marquetry, a form of inlaid wood mosaic often seen on furniture in art museums, when a medical accident robbed him of the ability to carve. Christensen’s belief that the physical demands of brush and oil were within what remained of Bullock’s strength—think of Matisse with brushes strapped to his hands, or Chuck Close’s electric easel that brings the work to where he sits—made it possible for the artist to re-emerge from those diminished circumstances. 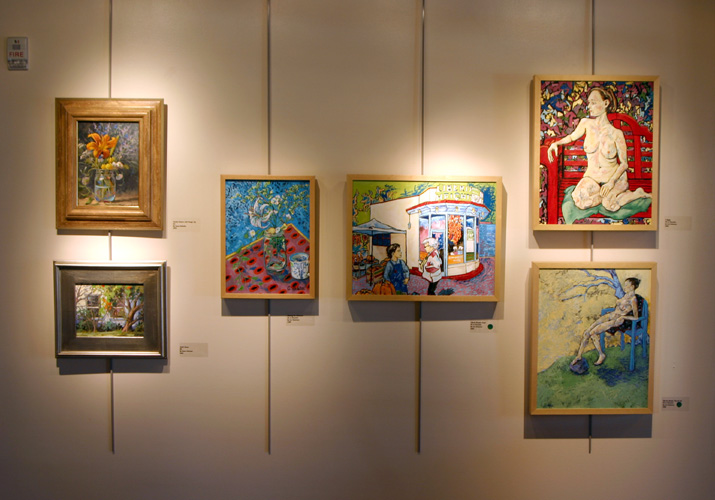 That narrow description of “partners” didn’t last long, though. Soon the process was thrown open to application from any artist seeking assistance in learning a new technique, overcoming the challenges of professionalism, or connecting with the local arts community. In a sense, Art Access built an art school where students draw on an unlimited faculty of practicing artists to find one qualified to teach the skills they need in one-on-one partnerships. The only qualification for admission to this dream academy is a legitimate non-artistic disability.

Emerging artists are not required to divulge their conditions, in keeping with the gallery’s policy of labeling art but not artists. One small stroke of genius lies in asking the mentors to exhibit work done while mentoring, under the unusual circumstance of having strangers in their otherwise solitary studios. The result is a rich mélange in which the familiar and the unfamiliar interact and we are challenged to tell who is mentor to whom.

For example, both George Salerno and David Ruhlman work largely from memory and imagination, and here both exhibit odd, potentially unsettling scenes that set brightly lit subjects against inky black backgrounds. The apparent similarity quickly dissolves as characteristic elements emerge: Ruhlman’s molar and cat forms, Salerno’s area-filling, ambivalent plants and animals. Learning to paint gave Salerno means to galvanize the shallow space and flat patterns of his essentially graphic vision, but teaching him also seems to have emboldened Ruhlman to posit organic relationships between elements of his private, rhetorically suggestive, but usually isolated glyphs. His title, “As a Leaf or a Stone,” recalls Hans Arps’ statement: “A painting not modeled from real objects is in itself as concrete and sensual as a leaf or a stone.” And Ruhlman adds, “From George, I was able to remember why I love painting.”

Other pairs also found a common path to individual results. Josee Pribbinaw and Downy Doxey recount their mutual discovery of transparency and the use of veils to integrate materials and techniques. In Pribbinaw’s self-portraits her translucent image suggests separation from her world even as she encloses elements that locate her within nature. Doxy, the more practiced artist, achieves a technical breakthrough: toil overlay allows her to seamlessly integrate painting and photography in portraits that place their subjects as much among family members as iconic locations. Blake Palmer and Trent Call’s common curiosity about layering and depth served to connect two otherwise contrasting programs, putting Palmer’s new female figures into settings that lend them a narrative dimension, while Call’s figure-ground game of patterned hide-and-seek expands optically into the viewer’s space. 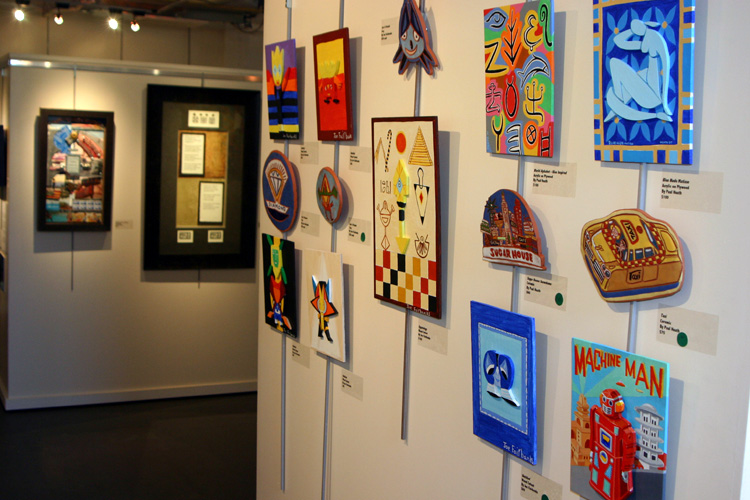 Cori Redstone and Susan Gallacher’s efforts recall the brief, epochal moment in art history when van Gogh and Gauguin painted side-by-side, and suggest a happier ending to their story. Gallacher’s illusionistic landscapes and floral still-lifes cautiously approach the moment when the academically correct surface will dissolve into self-consciously apparent paint, which Redstone’s energetic black outline and coats of confectionary colors heartily embrace. Holding hands, they dance around the great divide in consciousness that has preoccupied art—and in turn been illuminated by it—for over a century.

Roger Reaves and Sam Wilson, two men of my generation, raise issues that come to life with aesthetic dimension. Paul Heath saw the potential for Joe Fairbanks to cut out and color-separate his gleanings from the graphic culture both men enjoy manipulating. Perhaps the longest reach allowed Deena Lee’s poetry to find a setting through the language elements in Travis Tanner’s poetic collage. All fourteen artists stretched themselves, and anyone who enjoys the sort of exercise that comes with that will want to encounter the result. 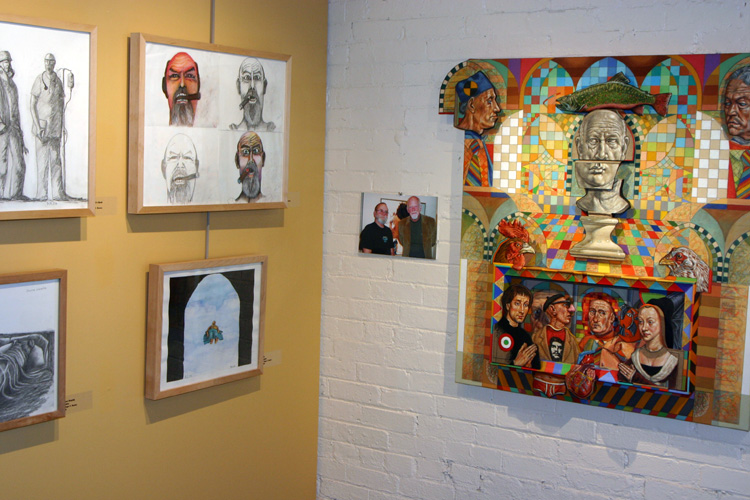