By Geoff Wichert on November 21, 2022 • ( 1 Comment )
UTAH'S ART MAGAZINE SINCE 2001
Published by Artists of Utah, a 501 (c) 3 non-profit organization. More about Artists of Utah
Suscribe Now
For Email Marketing you can trust.

Alisa McCusker: The Museum Curator in the Age of Decolonization

Because exhibitions are scheduled months, if not years, in advance, it may be a while before we see the curatorial hand of the Utah Museum of Fine Art’s new senior curator. But, with the goals she has set, Alisa McCusker has plenty to keep herself busy behind the […]

Christine Atkinson’s Work Digs to the Roots of the Problem

Are We Here For Ourselves Alone? With this question, artist Christine Atkinson introduces a new, holistic way to looking at our environmental predicament, one that asks how we got to this dire point by asking us to consider where we went wrong in the first place, and arguably […]

First, let’s begin by acknowledging that there is no more important work being done by human beings than that undertaken every day by our mothers. In high school, I studied Alexander Fleming, who discovered penicillin, which has saved countless millions of lives. Alexander Fleming had a mother. Like […]

With much of the state taking fall breaks, Moab will be a prime destination this October. It’s a playground boom town always flush with recreators of all sorts: bikers, hikers, rafters, four wheelers. But you can only do those activities for so long before the gas tank goes […]

It’s quite likely that, when Frances Geerlings Paxton set up her watercolors and acrylics in front of a dilapidated water tower and began to paint, what she primarily had in mind was to capture a bit of Utah’s romantic rural scenery, not unlike what her peer, Jeanie R. […]

In “Material Support,” Art Morrill Deftly Weaves the Natural with the Artificial

“Epigenetic Mechanism #1” sits humbly on the floor of the underground gallery at Bountiful Davis Art Center, part of the circle of objects Art Morrill calls “Material Support.” Nothing about it refers back to previous art works, though it makes copious references to what lies outside today’s art. […]

Frank McEntire: Through a Narrow (and rapidly closing) Window

This essay was published in conjunction with Frank McEntire’s exhibit Through a Narrow Window: our impact on the environment, Snow College Art Gallery, Aug. 29 – Oct. 14, 2022. All images: installation views from the exhibit, courtesy the artist. These jars were provided by scientists, artists, philosophers, historians, […]

A medium shot of a forest, with a hint of sky at the top, dense foliage on skinny trees, shrubbery surrounding their lower parts. But what’s this? The black-and-white image covers only the top two thirds of the page, while the lower third includes not only the continuing […]

10/4 SLTRIB: Meet the Utah poet long-listed for a national award for her collection on Black pioneerism. Rio Cortez is from Salt Lake City and says growing up as a Black woman, particularly as a teenager, in the state was isolating. 10/4 SLTRIB: Utah Shakespeare Festival sees another […]

There’s an old saying among artists, and there can be no doubt whose boast it is, that painters make pictures of things, while sculptors make things. That distinction may come to mind while contemplating the works of Anna Laurie Mackay, currently on view as part of Interwoven, a […]

Floral Riffs Ask “What is Art?” in EAC’s Art in Bloom

What is Art? This is a common question, perhaps even a tired question, but one that any lover of arts has or will encounter at some point in their studies. It was the question that filled my brain while walking through the Eccles Art Center’s Art In Bloom […]

Incompetent or Deranged, Hucksters and Commies: Reactions to Modern Art at Mid-Century

In Utah, modernism was welcomed with open arms by only a belated minority. Three decades after New York’s Armory Show — when the various isms of modern art developed in Europe were revealed to the American public — artists in the state of Utah were still struggling with skeptical peers and a bewildered if not belligerent public — a public that often chose not simply to ignore the new isms, as they might with artistic trends today; they attacked, or at the very least, mocked them. Modern artists, to much of the Utah public, were considered incompetent or deranged, seen as hucksters and commies. 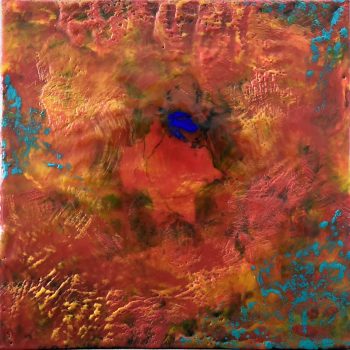 A native of Maryland, Lisa Shine spent most of her career in the banking industry, though art was always part of her world.

She has studied at UCLA, Otis College of Art & Design and other art institutions. Her still life paintings have won awards at juried competitions including the National Orange Show in San Bernardino California.  Working out of her Park City studio, she has shifted to working in encaustic.

Saturated color, shadow, light and line inform and impact her work.  Her goal is to create beautiful and interesting images that encourage contemplative and appreciative responses from the viewer.