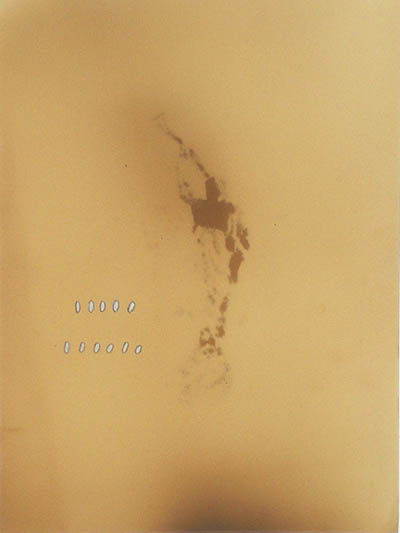 In Doctrine and Covenants, a kind of L.D.S. handbook, Joseph Smith enjoins his followers on venerable theological grounds to practice moderation in all things. Those good people, responding out of impulses set even deeper in human nature, have striven ever since to do twice what he asked of them, in the process smudging the letter and fraying the spirit of Smith’s injunctions. So we sit, like children in the temple, and listen to the learned argue whether decaf Coke™ is kosher because it contains no caffeine (a drug unknown in Smith’s day and nowhere mentioned in D&C) or trayf because it’s served with ice — a sensible affectation in a Zion about the desert location of which Moroni neglected to forewarn the prophet — and perhaps wonder if the definition of “moderation” can be stretched to include drinking a liter or two a day of any manufactured beverage. If like me you’ve wondered what all this was for, I can now reassure you: we were being prepared to appreciate the sly humor, the scalpel-sharp perception, but most of all the embracing aesthetic comprehension of Annie Kennedy.

Not that Kennedy is a critic of her Church. Her theology, bless her, is a private matter, as it should be for all persons no matter how public their lives. But in her art she recognizes faith as one of several influences on how people conduct themselves, alongside culture and biology. She wastes no energy criticizing these received legs of the behavior tripod. What interests her, however, is the interaction of the three, and the works on display at CUAC all reside in the zone wherein the competing pressures of mortality and immortality turn morals into action.

Such claims may seem to overstate the case for these calm, soft-spoken works, with their appealing use of folk-art techniques and domestic materials. Yet nothing here looks remotely like craft. Indeed, but for the materials listed on the gallery labels, nothing here would look out of place in New York or Los Angeles. Given Kennedy’s background — a BFA from the Rhode Island School of Design and an MFA from Parson’s — that’s hardly surprising. What is unexpected is her decision to bring her skills back to her native Utah. Yet when so many art schools are graduating so many impeccably voiced instruments with nothing original to say, Kennedy stands out for her decision not to fall back on memoir alone. To the many previously marginalized or silenced identities now speaking through art — women, Gays and Lesbians, ethnic minorities — she speaks in a voice that until now has been deliberately withheld or lost in a fear of offending the mass taste that accompanies dogmatic, lock-step thought. 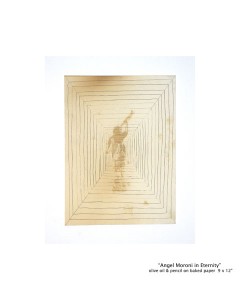 While everything Kennedy exhibits is familiar, if not necessarily comfortable, each thing she makes is also new. She’s young, and has a lot of ideas, but her originality is not a search for novelty; rather, her invention wants to get past “high art” the way an anthropologist or a poet must get past the imperial language imposed on a population and learn the native language in order to truly understand and express a culture’s content. So the shortage of art supplies out on the frontier is no problem for Kennedy, but her liberation. There is nothing here that couldn’t be found in either the kitchen or the sewing table. One of her most ambitious works is a calendar, a variable work that adapts to both the time and the place it is shown. Laid out on the floor, it reproduces the familiar grid of weeks and months, with each day represented by a recycled sardine tin filled with wax: a rectangle on which the artist inscribes the day’s contents as one would note the past and anticipate the future. The repeating shape also invokes soap and the monotony of washing, but the varieties of wax expand the references to include beehives and industry, candles and time, canning jars and preparation. Inclusions, including small sheep and kernels of wheat arranged into traditional decorative motifs, transcribe the lifecycles of plants and animals across the scheme of human time. Encaustic colors produced by juices or milk recall the way events and emotions stain the days. Recycling the parts is also part of the point: after all, the modest economy of the prairie is nothing more than humble acknowledgment that the dust from which we come, and to which we must return, was another’s before it was ours and will be someone else’s yet again.

In its complete form Kennedy’s waxen calendar has 365 days, but for this occasion she chose to show only “October, November, and December.” This could be read as a season, a prophecy spread out before the viewer, or as locating the exhibit in time in much the same way as the ashlar limestone walls of CUAC locate it in space. In other words, it both is and is not an installation. Kennedy pulls off such ambiguous tricks across the body of her work. Time is thematically part of all she does, but it is also implicated in her techniques. Apparently, she prefers drawing on baked paper, a process that reproduces the fragile, mottled quality of ancient documents. Baking also integrates the surface of the paper with her chosen mediums: olive oil, condensed milk, grape juice. 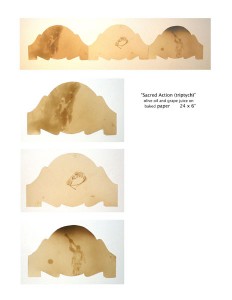 “Angel Moroni” locates the title angel, drawn in oil, on a series of concentric, pencil-drawn rectangles that could read as a locating grid or as a perspective rendering of a tunnel into which the heavenly presence recedes. Thus the inevitable history of a new idea: become rigid so as not to be lost. “Sacred Action,” another paper work, presents a triptych of drawings on scorched paper cut in the profile of an ornamental tombstone. Flanked by the ubiquitous image of Moroni sounding the end of the world, a hand drawn in grape juice alternates between two visual readings, a kind of animation drawing on and calling attention to the way minds process events.

Many of Kennedy’s motifs are personal. The profile of an heirloom mantle clock shows up in “Veil,” a felt curtain blossoming with salt crystals. It appears again in “Family Inheritance,” a set of six paper objects representing Kennedy and her five brothers and sisters. The number six also turns up in “Pattern with Six, Sego Lily Honeycomb,” and arguably in any number of shapes and guises. 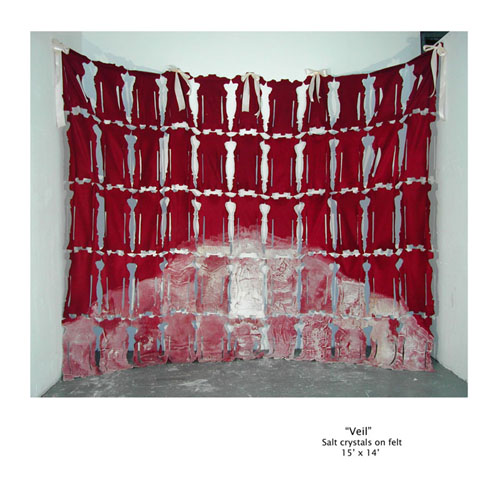 Although not as materially elaborate as her calendar, in the deceptively simple looking “Family Inheritance” Kennedy has created a complex and sophisticated meditation on fundamental questions. Hung on the wall like a gallery of portraits, yet close in feeling to topographical models, her six figures become sculptures without giving up their identity as drawings. Because each hand-drawn object is a separate piece of paper, as the artist penetrates to the heart of each image the individual layers multiply. DNA comes to mind, with its mindless replication of intelligence. But the hand remembers the texture of old wood abandoned in the desert where it never grew. It’s work that accepts every category and topic one can throw at it, seamlessly incorporating nature and identity, time and eternity, the bounded and the infinite. As portraits not of six faces, but of six existential predicaments, they recall Dylan Thomas in his poem, Twenty-four years:

In the final direction of the elementary town
I advance for as long as forever is.

All this is fascinating, but Kennedy is young and it remains to be seen whether she will settle into an easy complacency with her material innovations and be content to just nudge and tease her Mormon background, or whether she will push her critique into something that seriously challenges received cultural wisdom. For whatever reasons, and it’s likely a combination of things — the alienating experience of a community that met and overcame withering resistance from the society at large, combined with the conservatism common among immigrants — L.D.S. communities are among the most conservative in America, and their artistic expression rarely goes beyond the ethos expressed in their most popular hymn: “All is well.” It’s a formula for kitsch, and finds its expression in homes where the only art is a reproduction of a picture of Christ or a sculpted ensemble representing an ideal family. It’s hardly fair to indict one minority in a nation of philistines (how many American homes display art or, for that matter, books?), but it’s disturbing when the art that does occur so patently has nothing to do with the real lives of the saints who collect it. If Annie Kennedy can do no more than to bring home to themselves what her fellow religionists recognize as art she will have succeeded far beyond what most American artists ever achieve. She has her work cut out for her, and she’s just about to slip it into the oven.

This article originally appeared in the October2005 edition of 15 Bytes