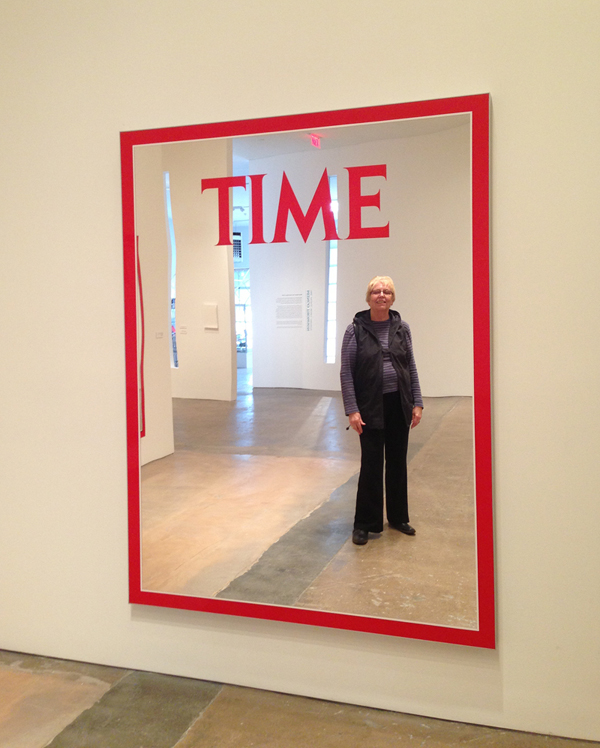 On February 8th, 2014, American artist Nancy Holt passed away in New York City at Memorial Sloan Kettering Cancer Center.  Born in New Jersey in 1938, she lived a life firmly committed to her art, giving us new ways of perceiving space, time, and light.

We in Utah claim her as our own through her monumental (in many ways) work Sun Tunnels (1973-1976), yet her work was international at an early stage of her career. She and her husband, Robert Smithson (1938-1973), traveled to many international sites during their ten years together. Recently, Holt’s work has been acclaimed, as her early photographs related to situation and to light have been exhibited both in the U.S. and abroad. Her recent traveling exhibition, Nancy Holt: Sightlines, saw its final destination at the Utah Museum of Fine Arts (2012). Upon seeing the installation at UMFA, Holt exclaimed it was the best installation she had seen of the show’s work.

My first contact with Nancy was in 1995, through the research I was conducting on Robert Smithson and Spiral Jetty (1970). Through her professional guidance, my emphasis was to situate Spiral Jetty as a work of art in and of Utah through regional considerations, which was (to me, at least) a new way of considering the work. She steered me to interview Bob Phillips, the construction foreman on the job to create Spiral Jetty. Also, to Robert “Bob” Bliss, who was the dean of the school of architecture at the University of Utah and the one responsible for having Bob Smithson speak at the University of Utah in 1972.

Unbeknownst to me at the time, this act of creating connections to others within her sphere would be an act Nancy would repeat for the next eighteen years. She loved to find commonalities and similarities in people, and make sure they met to cross-pollinate in their creative work. Although my master’s thesis was green at the time (Nancy would remind me of that in her blunt, New Jersey way), it made connections between each man named Bob, between the earthwork and Utah, and between Nancy and I.

Nancy will be remembered historically as a pioneer of the Land arts movement and for her substantive contribution to the visual arts, but there were other areas within which she gave of herself. She taught Vipassana Meditation in New Mexico for a number of years and embraced her role in teaching meditation. Her cat, Karuna, takes her name from compassion, which Nancy practiced regularly. She loved living in New Mexico and cared about the social inequities found in her adopted state.

Last October, Nancy was awarded the Lifetime Achievement Award from the International Sculpture Center. Many were able to be with her to cheer this great achievement in her career. A little over a week later, she was diagnosed with acute myeloid leukemia — shocking news to all. Yet Nancy continued to live her life, choosing to relocate from New Mexico to New York City to receive a trial run of chemotherapy. From November to January, Nancy finished work on the film The Making of Amarillo Ramp (2013), which is currently on exhibit at the Dallas Museum of Art, and assisted in many facets of the upcoming exhibition Robert Smithson’s New Jersey, to open on February 22nd at the Montclair Museum.

Nancy’s legacy as an artist, teacher, mentor, and friend will continue, rippling across time and space. The connections she created assure us her legacy will continue for generations. She connected us through visionary art to light and to the land; she connected the land and the sky, offering a new way of perceiving the world. The life she passes on to us will continue through her boundless, unstoppable energy.