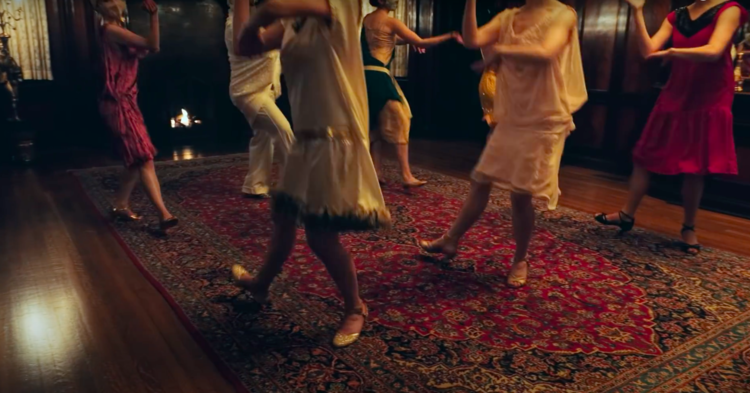 First introduced in 1892, The Nutcracker has been a Christmastime staple in the US since the mid-twentieth century. Municipal Ballet’s condensed and sophisticated take on the ballet, River of Rosewater, was released on December 23 via Youtube. If you stan a traditional Nutcracker, be warned: this version will challenge you. If you care to read retired New York Times dance critic Alastair Macaulay’s 10 Ways to Tell If Your ‘Nutcracker’ is Traditional (I totes don’t blame you if you decline), you’ll discover that River scores a 0/10. But this doesn’t mean Municipal has failed, and the 174 mostly positive comments prove it:

“That was such an original and gorgeous interpretation!” “What a breath of fresh air!” “This had such a serenity to it!” “I didn’t want this to end! I couldn’t dare but stare without blinking!” “Charming, clever, and innovative… a joy to watch.” “The Arabian coffee and the Grand Pas de Deux took me to a level of awe I have not reached since the first time that I was in the Nutcracker!”

The year is 1927. A bluegrass version of Tchaikovsky’s score begins playing. Clara is twenty-three years old and her pesky brother Fritz is nowhere in sight. Her godmother Drosselmeyer gives off the air of that curiously well-off aunt who has no children and frequently takes exotic trips. The party guests look like they walked straight out of a Great Fashion Designs of the Twenties Paper Doll book. Their dancing resembles the traditional party scene choreography (tap your heel, tap your toe, do a chassé, repeat on the other side) with the Charleston thrown in. A handsome male doctor Godmother Drosselmeyer met during her travels appears and piques Clara’s interest, but leaves after receiving an urgent message. Cocktails are poured and gluttonously gulped, and I believe Clara’s ensuing dreams of The Land of Sweets are brought on by the amount of absinthe she consumes.

The Spanish Chocolate, Arabian Coffee, Chinese Tea, and Russian Candy Cane (get those fouettés, girl!) move at turns elegantly and energetically throughout the McCune Mansion, the sunlight from each room’s massive windows illuminating dust particles that shimmer as much as the dancers’ costumes. The choreography of these divertissements is not as extravagant as you’re likely accustomed to but the racial stereotypes are absent, which invites my favorite Youtube comment: “THE CHINESE VARIATION OH MY GOSH!!!!! THEY DIDN’T USE THE FINGERS!!!!” Snowflakes, flowers, and the Sugarplum Fairy make appearances, and the mysterious doctor man returns for a pas de deux with Clara that mixes ballet with Fred and Ginger-esque partnering.

River of Rosewater’s omissions are curious when you consider the narrative it’s based on. The nutcracker dolls that flank Clara as she sleeps do not come alive, thus there is no Nutcracker prince to accompany her throughout her dream (maybe this explains the change in title). There is no battle between soldiers and mice. Mother Ginger is M.I.A. and I dearly miss her wild flamboyance that contrasts the polished, pristine nature of all who dance before and after her.

New York City Ballet’s Nutcracker choreography inspired the version I performed for eight years as a child/teen, and when I wasn’t on stage, I was voraciously consuming NYCB’s VHS recording starring Macaulay Culkin (interesting side note: River’s Clara, Kathryn Morgan, began her professional career with NYCB). I was viscerally shook when Municipal’s dancers didn’t perform the choreography that I studied through the aforementioned ventures, but I love that they leapt out of the box. It was an original, visually captivating performance that was easy to consume in this overly digitally-saturated time. I especially enjoyed how much the camera moved throughout the film, capturing architectural and decorative details of McCune Mansion and frequently focusing on the facial expressions of the dancers. This is a short and sweet video to watch if you want to hold on to the final whispers of the holiday season.