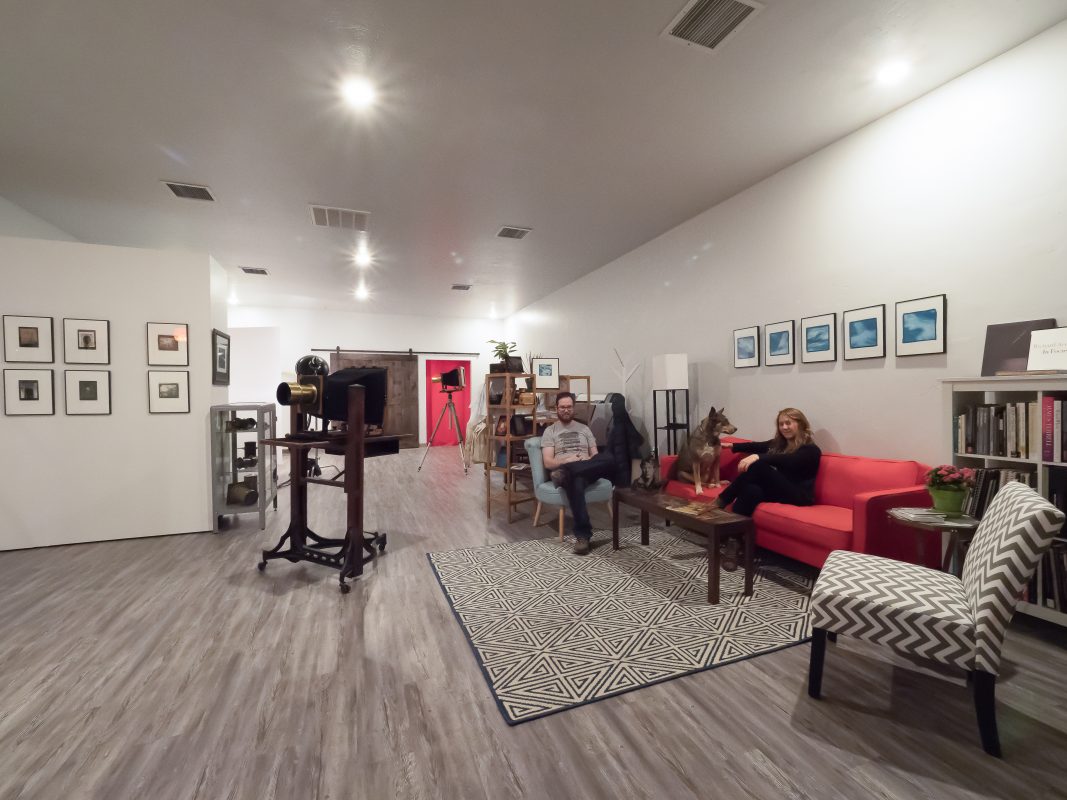 Because things went bad in China, Utah gets Luminaria. Brainchild of David Hyams and Christine Baczek, the state’s first alternative photography studio opened in Salt Lake City in February, after what one could call research and development work in mainland China.

“We are a one-stop shop for all things tangible and photographic,” Hyams says about the studio devoted to the variety of photographic processes developed over a century and a half before digital processes took over the industry — what is now called “alternative photography.” It is for both art lovers, who can stop in for a personal portrait done using a photographic technique developed in the 19th-century, and artists interested in learning some of these historical techniques to use in their own art. They are eager to expose people to the magic of handmade photographic processes, the tactile relationship to the work through every step, from mixing chemicals and hand-coating paper to applying developers, fixers, and restrainers to promote and stop reactions. “We think the combination of science and art in handmade photography is amazing,” Hyams says. “When people begin to understand it, it’s really a magical experience.” 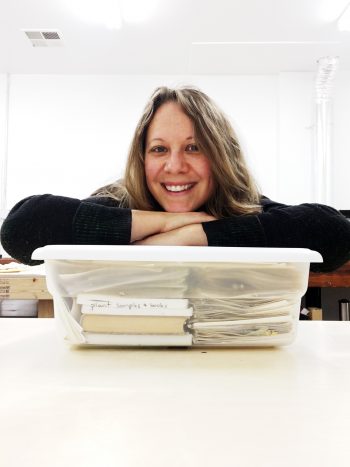 Christine Baczek with plant samples for her cyanotype prints.

Hyams, originally from Ithaca, N.Y., studied under influential alternative photography practitioners Richard Sullivan, Christina Z. Anderson, and Christopher James and has developed a reputation for expertise in alternative printing processes. Baczek studied photography at the University of Utah and has worked in the Utah arts community in positions at the Utah Museum of Fine Arts, Kimball Art Center, and various freelance and independent capacities, including as a writer at 15 Bytes. In the summer of 2016, the pair left for China, lured by the chance to help open a gallery and studio devoted to alternative processes in the ever-swelling city of Shenzhen, near Hong Kong. The studio’s owners were a couple of young Chinese entrepreneurs who said they wanted to bring handmade print processes to China and who, says Baczek, talked about “creating a community and uplifting artists,” the type of things Hyams and Baczek liked to hear. “And we bought it,” Hyams says. “But the reality of the situation was different from the vision.”

There was a cultural problem: As Baczek explains, “We were too American and they were too Chinese. It became clear that we were expected to do what we were told even if our experience told us we should approach a problem differently. Communication was really hard.” More importantly, things simply didn’t work. “In China, David had a darkroom that looked really nice but actually didn’t work,” says Baczek, who was hired to help run a gallery associated with the studio. There was little water pressure, and when water did come out, it was brown; paper left out would fog; fuses would blow constantly, with the power system able to handle at best two pieces of equipment. “They did it so it looked pretty,” Hyams says of the build-out for the studio. ” The darkroom was designed to look flashy rather than for function.’”

Frustrated, the pair stuck it out for a year before calling it quits, returning home with some ideas about what should and shouldn’t be done when creating an alternative photography studio. They also returned home to no darkroom — the basement studio Hyams had prior to leaving for China disappeared when they sold their house. They were considering what to do, and where to go, when Travis Tanner, of Tanner Frames, mentioned a retail space on his block that was becoming available. The price was right, so the pair jumped at the opportunity, abandoning ideas of relocating out-of-state. 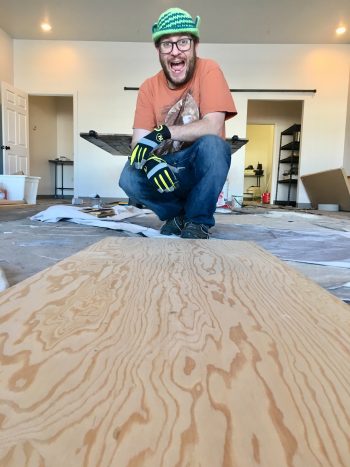 Buoyed by community support they received from a Kickstarter campaign, Baczek and Hyams have spent the past six months getting the studio ready. Putting the final touches on the space this week, prior to the grand opening celebration, Hyams remembers their China experience: “There’s a little bit of deja vu. But the difference is, everything works here.”

Hyams and Baczek could have set up shop in other places, places flush with money and art patrons, but decided to bring Luminaria back home. “This is the type of studio you’d only see in New York, but if we did it in New York we’d be competing with the top studios in the country, and we don’t want to compete with anyone, we want to contribute to a community,” Baczek says. “As someone who has really grown up in Utah’s cultural community, I feel like I’ve contributed to it and taken from it, and I wanted to contribute more.”

“Words cannot express how stoked I was to come back here,” says Hyams. ” I love being able to spend time in the mountains and the desert here.” The West is where he wants to be for his own work, which is about the West, how natural resources are used and manipulated, and photography’s role in helping to create the narrative of wilderness. All in all, he thinks it’s a great place to be based out of. “It’s not New York, and it never will be, but I don’t think that’s the rubric every art community needs to be measured by.”

And for their business model to succeed, Hyams doesn’t need to be in an expensive metropolitan area like New York or LA. His custom printing services, which he previously operated out of his basement, allow him to work with digital images photographers from all over the world can send to him for printing. While most alternative processes require a large negative that you make with a large camera, Luminaria uses digital negatives for workshops and custom printing. These are perfected using imaging software like Photoshop, then the image is inverted, a tonal curve is applied and it is finally printed onto a semi-transparent substrate. This large negative is placed directly onto light-sensitive paper, meaning negative and print are the same size. 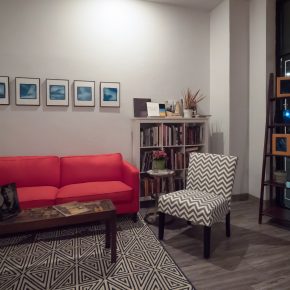 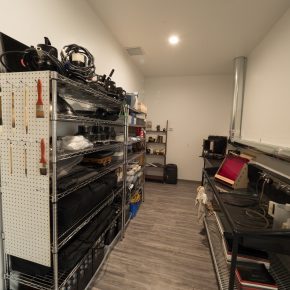 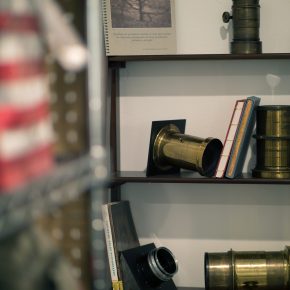 Luminaria also will be Salt Lake City’s first modern wet plate collodion portrait studio. It’s a process first developed in the mid-19th century that results in a one-of-a-kind image and requires that all steps — from capture to a final image — happen while the plate accepting the photograph is wet. A sitting can take up to two hours, but results in a unique type of image that in recent years is experiencing a resurgence.

This blend of the 21st and the 19th century is what Luminaria is all about. “We specialize in wet plate collodion and platinum palladium [which produces a highly durable print with a long scale of tonal values], but there are a dozen alternative processes we can teach and countless variations,” Hyams says. Some of these processes were invented as early as 1840.

All this happens in an unassuming building on 800 South across from the recently closed Sears. The 1,200-square-foot space includes a receiving area, complete with couch, lamps and books, and a small exhibition space. Just beyond, patrons can look at the studio space where portrait sittings take place. This includes a digital workspace and wet plate production area, while two further rooms in the back provide darkroom space. 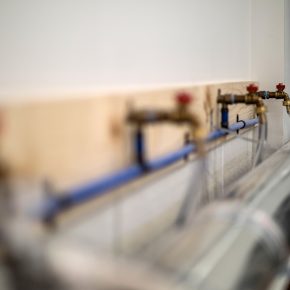 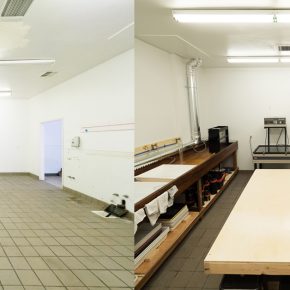 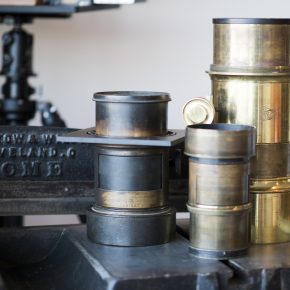 Versatility, Hyams says, is the key. They’ll be busy adapting the space to hold workshops, allow open studio time, custom printing and their portrait sittings. They’re also set up for copy work — artists can bring their work into the studio before dropping it off to be framed next door at Tanner Frames.

Examples of alternative photography processes will be on display, but their principal interest is not in establishing an exhibition space. They’re more interested in a working studio, a place for exploration, inspiration and education. Ultimately it’s about creating art.  “The alternative photography world is too caught up in the process and technique,” says Baczek, “and we want to reverse that and make it more about, why are you using this process for what you want to say.” 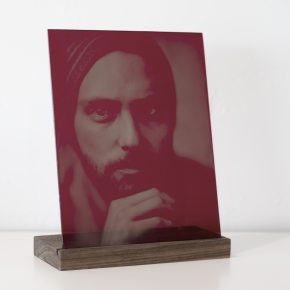 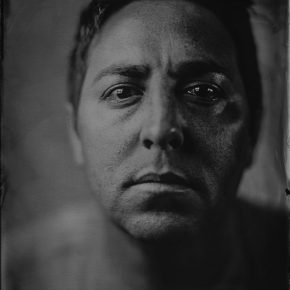 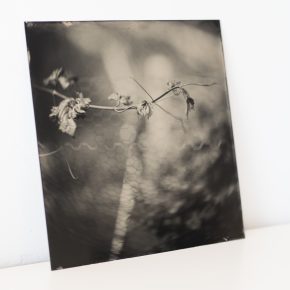 Both are eager to see what other people have to say with these processes. The official hours are Wednesday through Saturday, from 10 to 6, but for the first six months you’ll probably find Hyams in there every day. And unless there’s a portrait session going on, you’re welcome to stop in, see what the studio is about and talk photography and art.

You could also talk China, but for Luminaria’s owners that year overseas was a steppingstone, a learning experience they are growing beyond. “The contrast [between the two studios] is image versus integrity. All they cared about was looking the part and not doing the part,” Hyams says. “The real advantage for us is we can grow organically and focus on quality.” 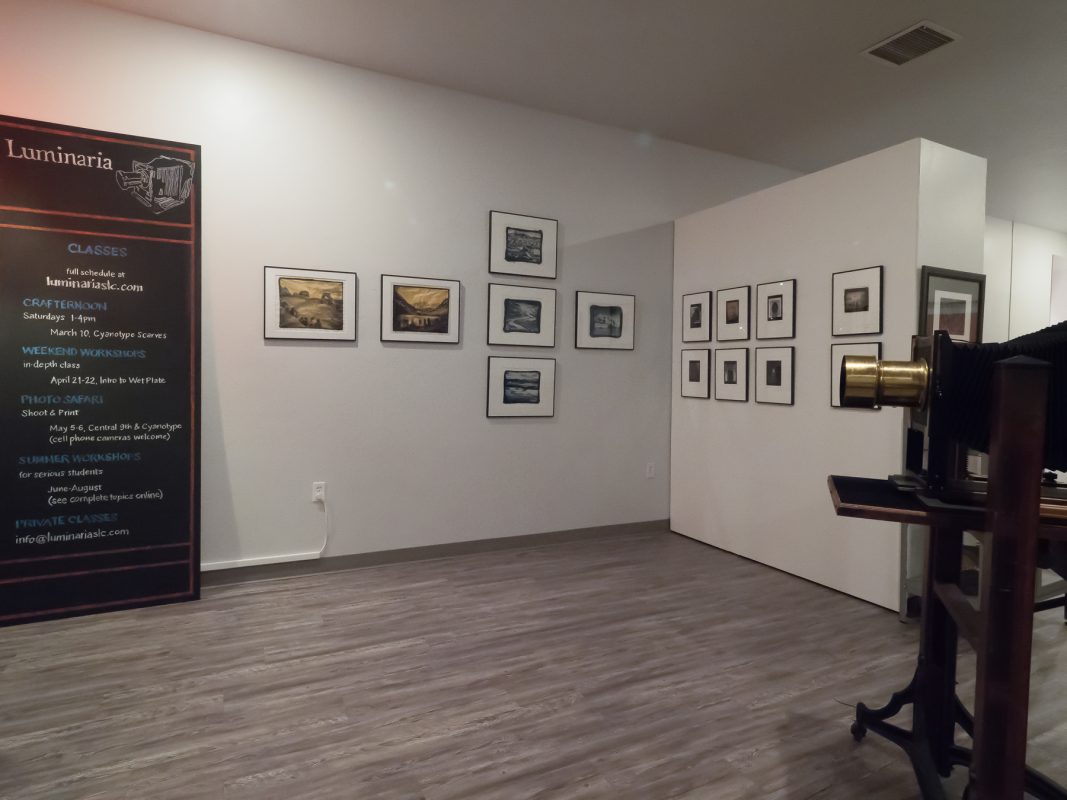 Luminaria will open its doors to the public on Feb. 10th, offering demos and tours of their darkrooms. For more information visit luminariaslc.com.