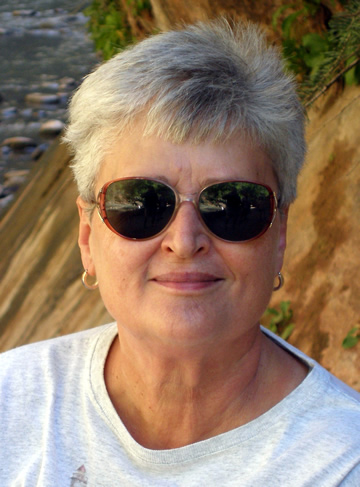 I received training in drawing and painting at the University of Utah, graduating with a BFA in 1967. During my college years, I spent my summers working at the North Rim of the Grand Canyon and at Zion National Park, which confirmed my abiding appreciation for the magnificent red-rock country of the region. After graduation, I served for one year as a VISTA Volunteer in Appalachia, an experience that provided the inspiration for my MFA thesis, which I completed at the “U” in 1971.

After seven years in Wyoming, where I worked at Gallery 323 in Casper, I returned to graduate school in Bologna, Italy, at The Johns Hopkins University School of Advanced International Studies (SAIS) Bologna Center. I intended to combine international relations with my art degrees in order to become a diplomat with the United States Information Agency. Instead, with M.A. in hand, I landed back at the Bologna Center—a sojourn that lasted 15 years—as head of alumni relations and publications.

After returning to Utah in 1998, I worked at the University of Utah (2000 to 2011) as managing editor of the U’s magazine, Continuum. Since retiring, I have focused almost exclusively on my art and work primarily in oil and acrylic.

As a visual artist, I have always been fascinated by the play of light and shade on objects, people, and landscapes. In Italy I was particularly attracted by the fruits and vegetables in the open-air markets. Their bright colors were accompanied by pungent aromas that announced the location of the marketplaces in advance. I continue to paint vegetables and fruits, as well as seashells. But my primary focus recently has been on landscapes, in appreciation of the beauty of the Intermountain West’s mountains, national parks, and red-rock settings.