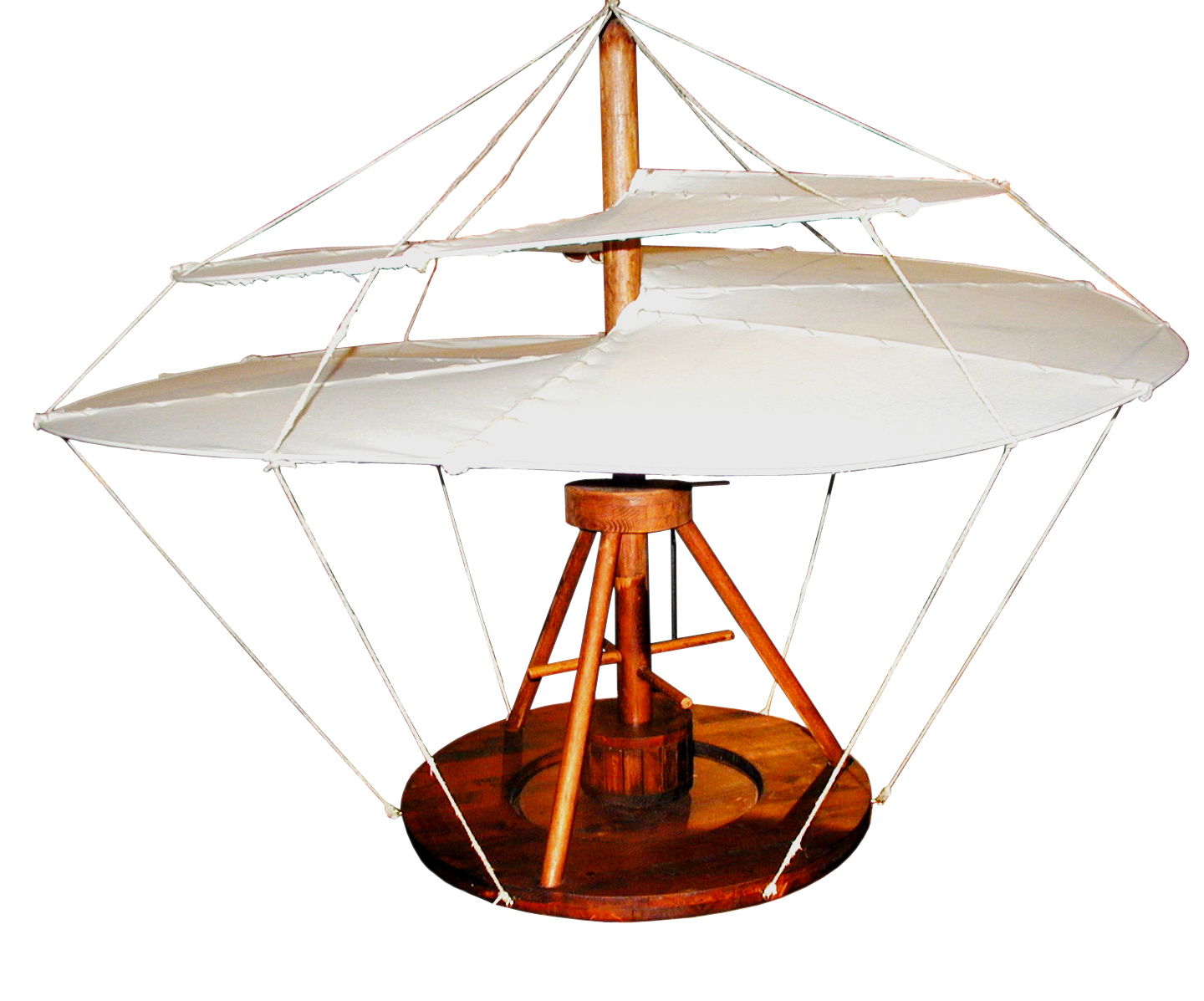 For those of us who love great art, who recognize the value of seminal art and artists and their impact on history, Utah Valley University’s current exhibit, The da Vinci Experience, gives insight to the potential, vicissitudes, and some very practical aims of historic art. The exhibition, now on display at the Woodbury Art Museum, presents sixty plus reconstructions of Leonardo da Vinci’s “inventions” — working mechanical models assembled under the direction of the traveling exhibition managing partner, Luigi Rizzo, of Florence, Italy. Rather than focusing on daVinci’s skill in two dimensions, the exhibit marvelously presents three-dimensional replicas of experiments da Vinci worked on throughout his life at an astounding rate of productivity, ingenuity and intelligence.

One is hard pressed to find major works of the Renaissance in Utah (a few are at the Utah Museum of Fine Arts and the Museum of Art at BYU) and I don’t know of any by daVinci. The few extant paintings by da Vinci are rare at any major museum outside of Europe, and these, like “Leda and the Swan” or the “Last Supper” will quickly convince you of the greatness and multifacetedness of his talent. Art lovers are awed by the beauty of “Leda,” that reflects and rejoices in her femininity, the gentle curve of the neck of the swan mimicking the curve of Leda’s form, sensuously portrayed. Also, the “mechanics” of this naturalistically rendered form — such as the use of sfumato (haze) to render the chiaroscuro so delicately — are of interest to the art historian.

The Woodbury show, however, is not about the aesthetic experience of da Vinci’s works. It is a testament to the fecund and interdisciplinary epoch we call the Renaissance. At the Woodbury you’ll witness how art and history, science and aesthetics — especially that interdisciplinary encounter affecting the causality of art upon science and philosophy — came alive in the mind of one unique individual. A surprising revelation of Leonardo’s physical examination of the natural is available for all to see, examine and even handle.

Leonardo delved into many areas of new study but he also revived a tradition long extinct — that of the Classical (Greek, Roman, Middle Eastern), whose thinking about nature lay dormant throughout the Dark and early Middle Ages. As the era of Antiquity was becoming culturally revived, Leonardo was one who, like Raphael (who rewrote the definitive trajectory on painting), or Michelangelo (whose sculptural accomplishments were rivaled only by the Greeks), utilized Classical learning, contemporized it and developed a broad study of nature in a multitude of disciplines. He served as one of the many bringing Europe out of obscurity.

Leonardo, the unequivocal “Renaissance Man” took it upon himself to use the natural world to discover laws of physics which would inevitably allow him to create paintings such as the “Last Supper.” The naturalism in this painting is such that only one familiar with laws of physics could depict the complexity of the moment of discovery of Christ’s betrayer. The painting seems to vibrate as this knowledge resonates through the face of each apostle and Judas is revealed. Yet this experimental quality, utilizing laws of naturalism, sometimes uncannily, often implausibly, is what the Woodbury exhibition focuses on. As talented a painter as he was, da Vinci had to look for work outside the studio. Throughout his life he worked as a civil and military engineer, working for the Duke of Milan, the King of France and Cesare Borgia (the subject of Macchiavelli’s The Prince). During this time he drew up engineering plans for a number of devices, only a few of which were ever constructed in his time. In The daVinci Experiencecountless hours have been spent re-creating, in excruciating detail, three-dimensional manifestations of the Master’s mechanical and engineering drawings. Visitors can even handle the beautifully crafted replicas.

Many of da Vinci’s inventions, such as the famous helicopter, are highly practical, others may seem completely fanciful. Yet all follow the rules of nature and of physics and address Leonardo’s experiments with the natural world. For example, one piece uses wooden balls that turn and glide around a post as it rotates. One might notice the same laws of physics used in bicycle ball bearings and countless other mechanisms with such aspects. One wonders if Leonardo’s ideas had been more closely built upon, where would technology, as encompassing as it is, be today? 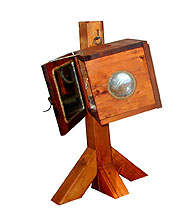 Although the tools to create a digital world were far out of his reach, Leonardo’s engineering and mechanical processes are all too relevant today. As he looked to the wind to discover its force, to water to learn of currents, and the body and its core to study the possibilities of human mobility, he looked to the basic rudiments of the natural world to bequeath an oeuvre which is no less awesome. Da Vinci’s work might be perceived as fiction from fact, the artist a mystic Nostradamus who predicted the future. But nothing could be further from reality. He was a true innovator, taking his cue from Antiquity, whose work and ideas undeniably have mingled in not only form but function. Leonardo’s oeuvre has had a substantial influence on many branches of science and the humanities, far more than might be believed by the masses of tourists visiting the bulletproof glass-encased Mona Lisa, housed and isolated in the Louvre.

Leonardo was undoubtedly a pioneer. He was also, unlike the flamboyant Raphael or the moody Michelangelo, a solitary artist, thinker, and innovator, given patronage from the very wealthiest but a great deal of freedom to innovate. He was able to create masterworks to keep his patrons pleased but free to explore other elements of the Renaissance revival of the Classical. He was a seminal element of the rebirth of Antiquity, part of the reinvigoration of art, science, literature, philosophy and excelled at each: truly a man of the Renaissance. 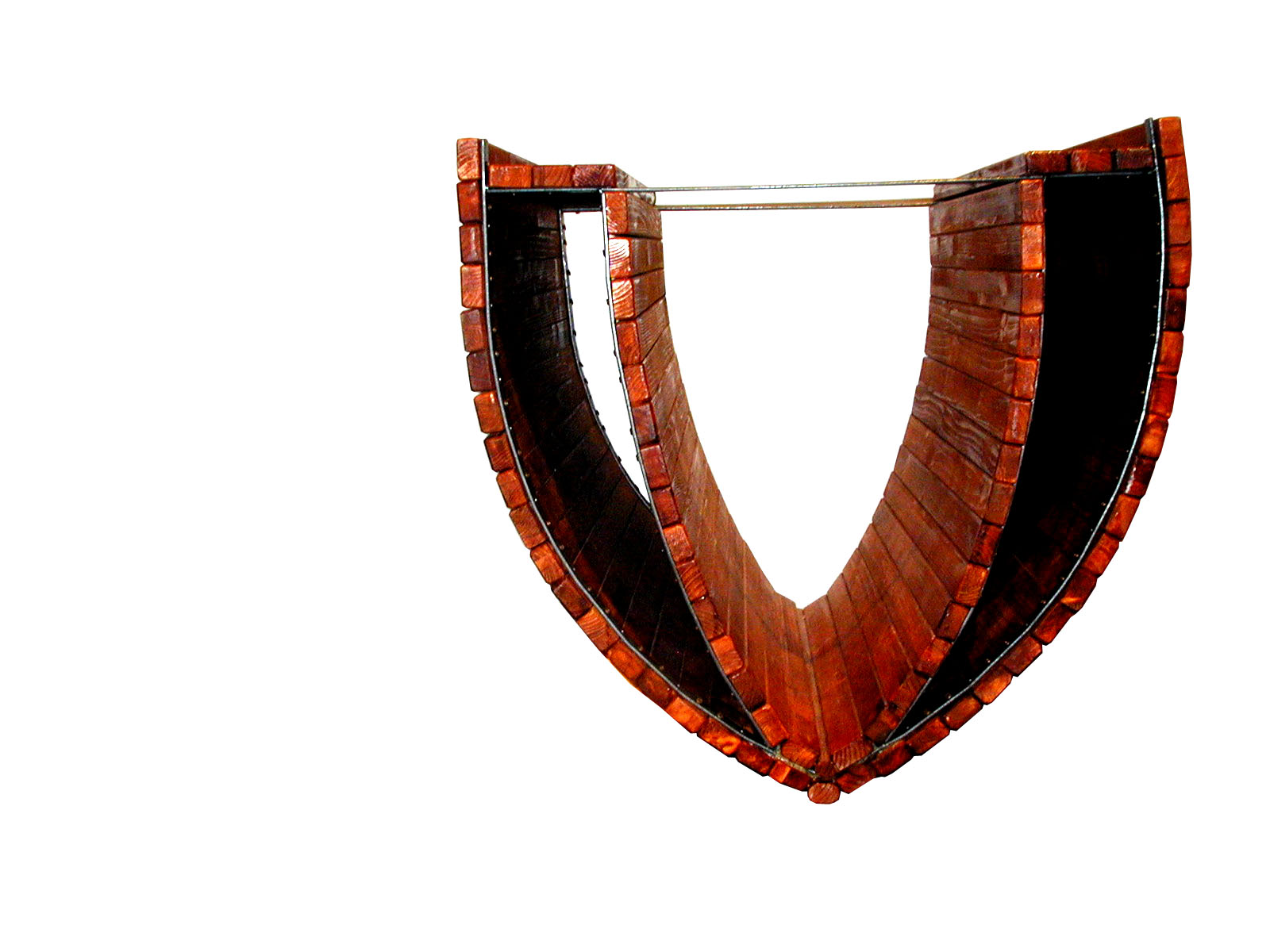