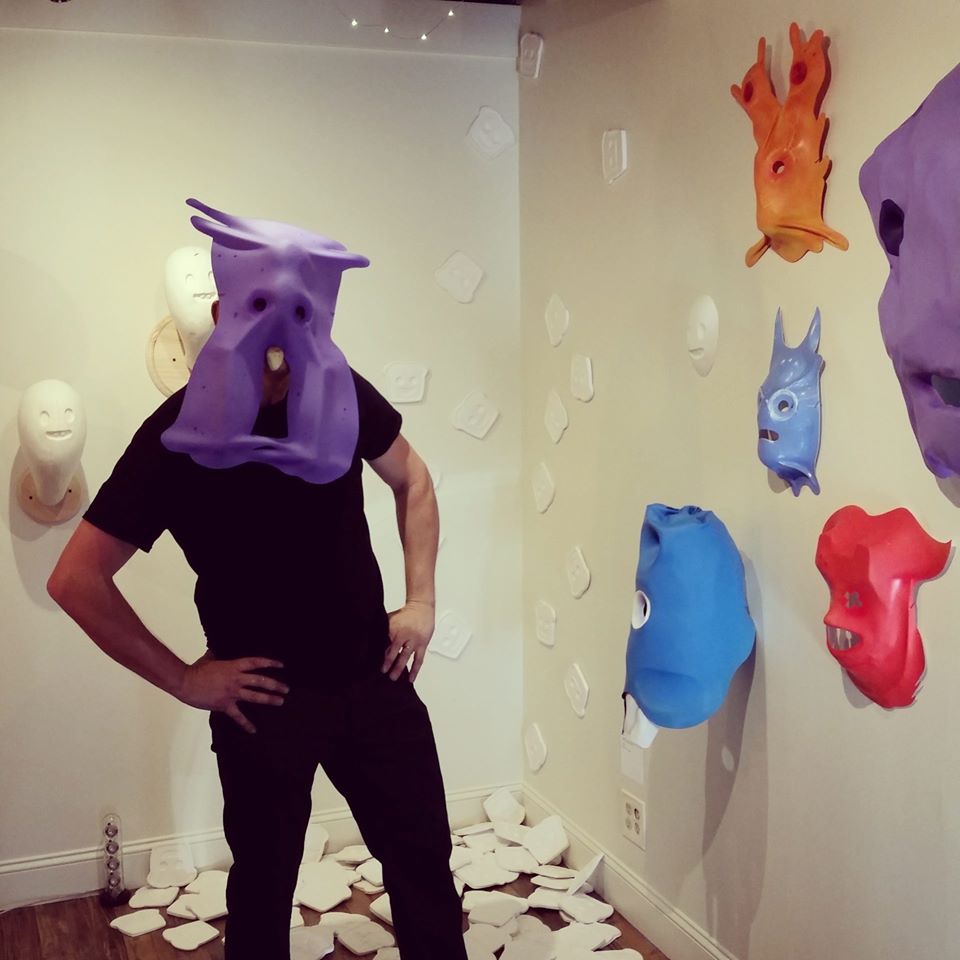 Keith Beard has begun a journey into the unknown with the opening of his gallery “Miri” in South Salt Lake. This month’s exhibition is Beard’s own MFA exhibit, a show that explores the myths of the unknown and the masks we don that can be both friend and foe. It launches a new exhibition and studio space, a creative community environment that Beard hopes will draw local artists to display their work and build an awareness of fine arts; a space where artists can come and learn from one another and share in the joys of creating beautiful, unique pieces.

As an undergrad at the University of Utah, Beard studied graphic design, and for his assignments says he would “secretly always stick in illustrations,” searching for a creative outlet. Graphic design was a responsible career choice, one that got him a job with WesTech Engineering, where he has worked for the past 11 years; but the creative itch never left and he found himself looking forward to Halloween, the only time he could be creative and would make costumes and masks.

“Masks became this metaphor for personas that I wanted to discover…” he says, a way to “find out who I am and where I want to go with my life.” It is a theme he explored when he enrolled in an MFA program at the University of Utah. One of his first pieces explored the theme of taking off masks, removing mental hooks, discovering myths and overcoming the fear of the unknown. The mask he had the hardest time putting on, he discovered in the program, was the creator mask, the identity of the artist or illustrator. “I’ve been telling a myth that I couldn’t be an artist and there’s all these things in my head [hooks] that were saying why I couldn’t. So I decided to use the same myths, to create them visually and use them either to see why I can’t see the artist or give me the ability to become the artist.”

This month, in an exhibition space he has designed in an underused office building/warehouse, Beard opened The Big Unknown, the culmination of his MFA, a sort of coming out to the world as an artist. It is both whimsical and dark. Giant hooks hang from the two-story portion of the exhibition space above a large bulbous figure while in the more intimate rear space 2-D and 3-D objects intermingle, on the wall or hanging from the ceiling—mirrors, an easel, marshmallow-like objects suspended from rafters, firewood, a magnifying glass, paintings filled with cartoon-like figures. For the opening event on May 13th, Beard included a performance in which he pranced about the gallery space in a variety of masks, interacting with the audience, taking a blank wood panel off the wall and painting on it. With a background in illustration, in conveying the message, he saw no other way for patrons to understand his art on a deeper, more emotional level, than to act out the story of his journey through the unknown.

The main piece of the exhibit is a metaphorical gateway into the artist’s journey through the unknown. Titled “The Big Unknown, Friend or Foe,” it is a giant apparition that engulfs the space and changes color from purple to white depending on viewpoint. The colors, from light to dark, represent how one faces the unknown, whether one approaches it as friend or foe. Fear has brought a lot of artists to their breaking point: the reality of paying bills, taking care of family, taking care of oneself, school loans to pay, mouths to feed. Art has the reputation of being a hobby, not something substantial. The character of the unknown and the hero of Beard’s myth constantly battle between being friend and foe. It is a giant, full-bodied mask that must be embraced.

In his artistic journey Beard has discovered that masks are versatile forms, incorporating various cultures and viewpoints. Marshmallows with smiling faces, shaped like pieces of bread, titled ”Manna,” have double meaning for Keith. “I’m LDS, and one cool thing that the masks taught me was we manifest our beliefs of the unseen through image. We all have our interpretation of what spirit and other things after this world look like and we don’t know if we are right or wrong.” Manna represents everyday blessings and trust in the unseen.

“Holy Trinity and the Three Degrees of Glory” incorporates not only Mormon doctrine but Muslim, Hindu, and Judaism as well. Beard’s research in his master’s program led him to learn about animal spirits and their relationship with African peoples. The combination of animal spirits and the religious symbols on their heads creates a Christian religious reference to the “trinity” or the “degrees of glory” in the Mormon conception of the kingdom of God. Sun, moon, and stars all come together from different cultures and ideas to create one harmonious piece: “The happy moment that I had as an artist to discover was in the past I may have looked at other people’s masks as taboo or scary but yet they are doing the same thing that I’m doing there, manifesting their belief of the unseen through visuals.”

Keith Beard’s exhibit, The Big Unknown, is not only an artist’s journey through the unknown, but a journey we all relate to, not only as human beings but as artists. “For me the unknown is stepping into that vulnerability of becoming who you want to be and being vulnerable to it.”

Beard’s embrace of the unknown goes beyond this one show, which continues through May 27. He’s embarked on an ambitious project to build a creative community while embracing his identity as an artist. His creativity expands beyond his love of art to a love for the education of the community about the arts and building support for local artists. WesTech was generous enough to let Beard lease old office space in one of their buildings so he can house his gallery in South Salt Lake.

Unique in its design, the 1,100-square foot Miri Gallery is customizable to the artist and can be utilized in a variety of ways. Beard hopes this is a draw for artists to come learn and grow together, “the gallery space…is me having the desire to support the art community and help them believe in their own myth. But by doing so I find that it enhances my own myth, and that’s what is cool about the space.” Beard has had four shows already since the gallery’s opening and has expressed excitement for having different styles of artists come in and teach him things about not only what the space is capable of housing, but of the artist’s skills he has picked up in conversation with those using the gallery. “As artists come here I will only get better; so I definitely support the art community.” 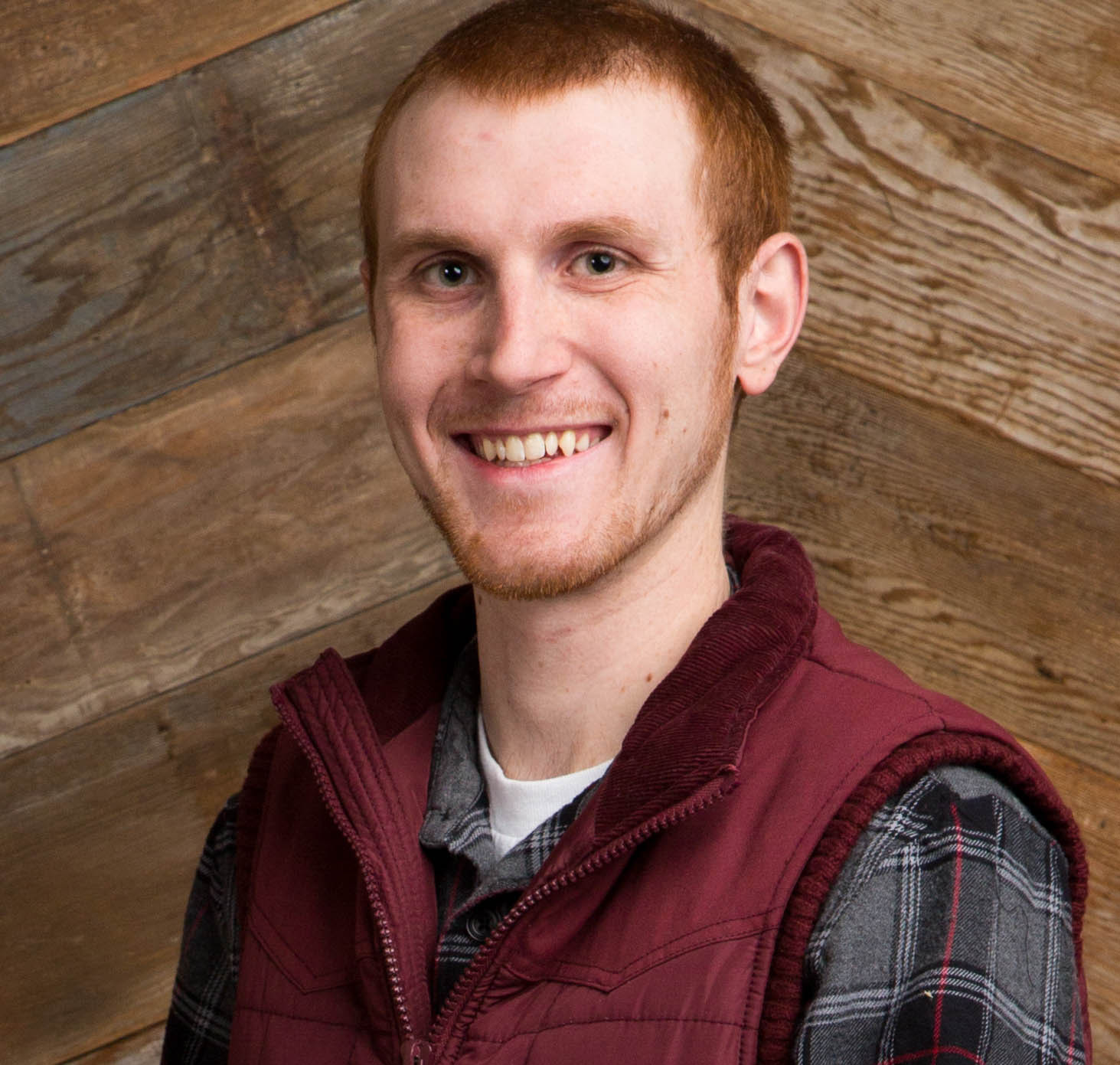