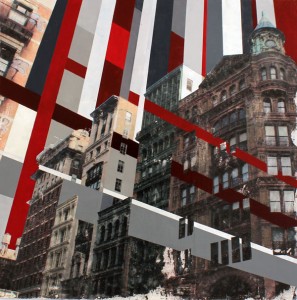 To everything there is a surface, a façade, an outward appearance.  With most of life, the truth of the matter is distorted by the façade, by the physicality, limited by what the eye can see that is only an artificial layer to truth.

Justin Wheatley’s multi-media works dare to probe beneath the façade and discover the essential truths of existence.  His canvases and sculptures are intricately layered, including subjects such as buildings, homes, and bridges, latticed with abstracted line, shape, color, plane, symbol, and detail.

As his new exhibit of urban-themed collage works demonstrates, Justin Wheatley creates a multifaceted statement that is visually powerful and cognitively complex, weaving an ongoing fabric of existential meaning.

Wheatley’s new urban-based work is currently at 15th Street Gallery. Look for an in-depth look at the work in the upcoming September 2012 edition of 15 Bytes. 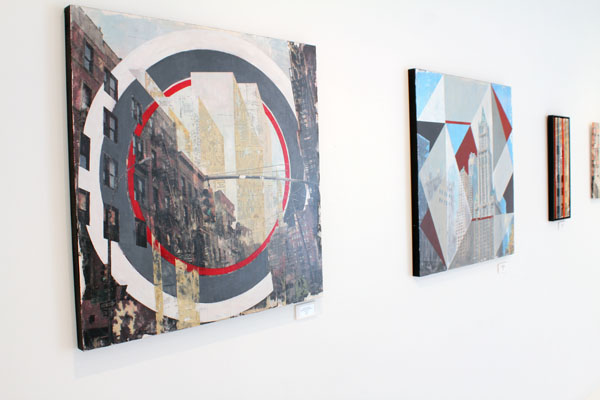