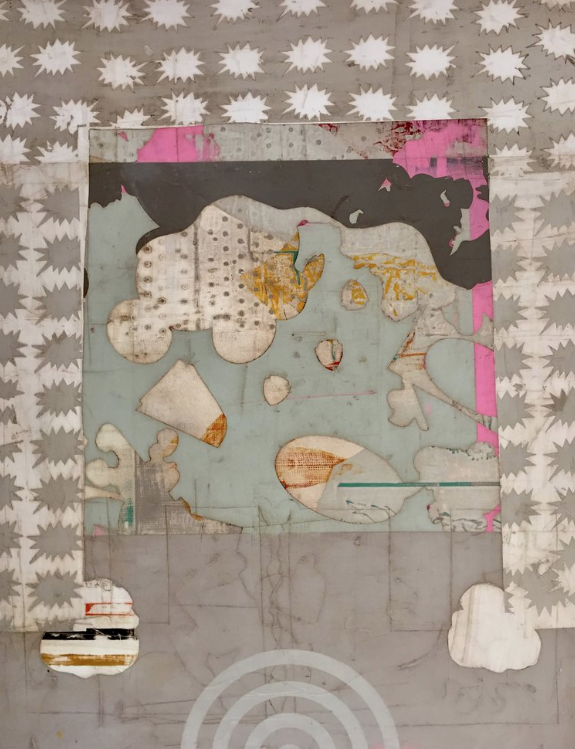 In her profile of Joseph Ostraff for the Artists of Utah publication Utah’s 15: The State’s Most Influential Artists, Laura Durham focuses on the artist’s tendency to seek engagement from others in his work — from the artists and individuals who have influenced him, to the scores of students and colleagues with whom he has collaborated and had an impact on. Ostraff’s current body of work, on exhibit at Phillips Gallery, proves the artist benefits from alone time as well.

The dozen moderately-sized works (30” x 36” more or less) are inspired by the artist’s visits to the historic Wendover Air Base at the Utah/Nevada border. During the Second World War, the base housed more than 20,000 military personnel, including the 509th Bomber Squadron, from which the crews for both the Enola Gay and Bockscar were drawn. Ostraff points out that, “Today, all that remains are several rows of barracks, some large hangars, the flight control tower, a church converted into a hotel of sorts, and the restored dance hall and officer’s mess, which now serve as a museum.” Over the past decade, he has made several trips along the 180-mile stretch of highway from Salt Lake City to Wendover to visit the base. “Visits are a solitary experience for the most part, giving way to an opportunity to think without interruption,” he says. 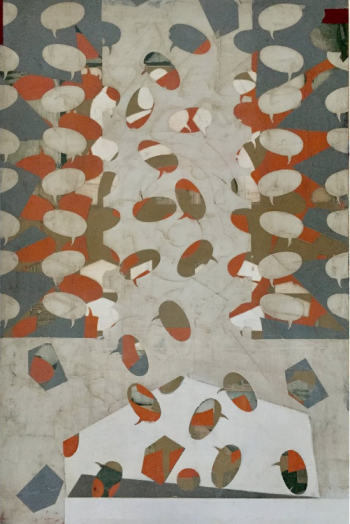 The paintings of “A Visit to Wendover” are united by a common palette — neutral tones of gray and beige predominating, with highlights in more vibrant orange, pink, blue and red — as well as recurring imagery: The basic compositions are established by a series of intersecting, hard-edged planes, with smaller, curvilinear elements sprinkled across the surface through a masking process in which earlier background layers become foreground; a pentagonal shape, suggesting a walled structure with a pitched roof, appears in more than half the works; targets, with a varying number of concentric rings, appear in a third; and two shapes lifted from the comic book world — the speech bubble and the explosion cloud — appear in more than one work as if a rain of bombs falling across the surface of the canvas.

The multiplicity of these latter elements — more like the payload of a traditional bomber than the single occupants of the Enola Gay or Bockscar — stand in contrast to Hiroshima and Nagasaki, events so singular we know the names of the bombs used to destroy them: “Little Boy” and “Fat Man.” More singular, and central, in these works, is the pentagonal structure, which appears differently in each piece: firmly in the center in one, splitting apart and mirroring itself in another, anchored on or sinking below a horizon line in others. These works are suggestive rather than declarative, and this recurring motif could refer to the physical structure of the barracks and hangars at Wendover, or (more ominously) to the thousands of homes conspicuously absent in the black-and-white photographs taken after the destruction of Hiroshima and Nagasaki; but perhaps we might see them more appropriately as the metaphoric idea of structure as home, as a place of refuge, and, for the wandering mind, resolution — in these works made precarious with the overflowing of targets, explosions and (unspoken in the many speech bubbles) questions.

“I am a child of the ’60s and I was not born for more than a decade after the first bomb was dropped,” Ostraff says. “But the nuclear story has impacted mine in several significant ways that I find difficult to process. These paintings are visual documentation of a still unresolved effort to understand.” 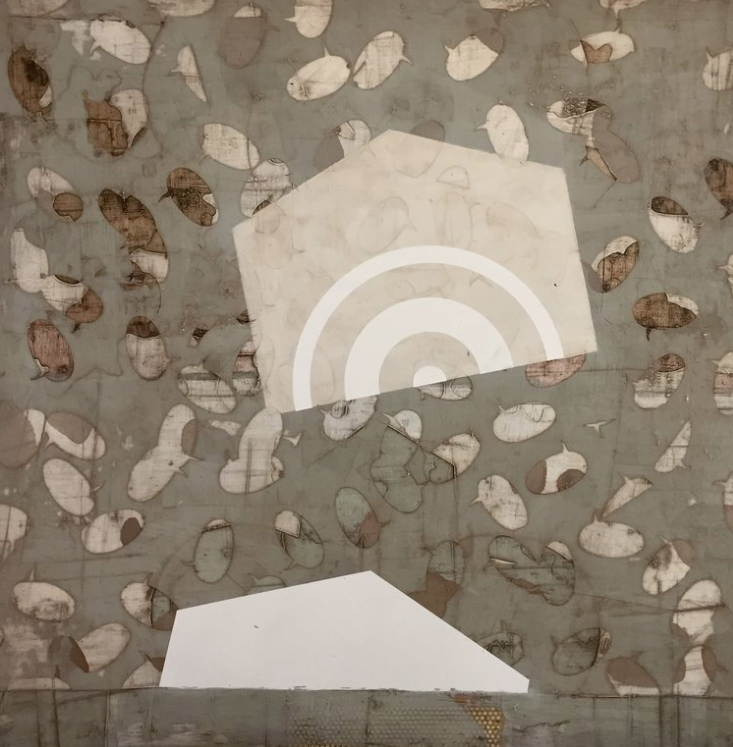 A Visit to Wendover, paintings by Joseph Ostraff, Phillips Gallery, Salt Lake City, March 15 – April 13. Copies of Artists of Utah’s Utah’s 15: The State’s Most Influential Artists will be available at the opening reception, Friday, March 15, 6-9 pm.