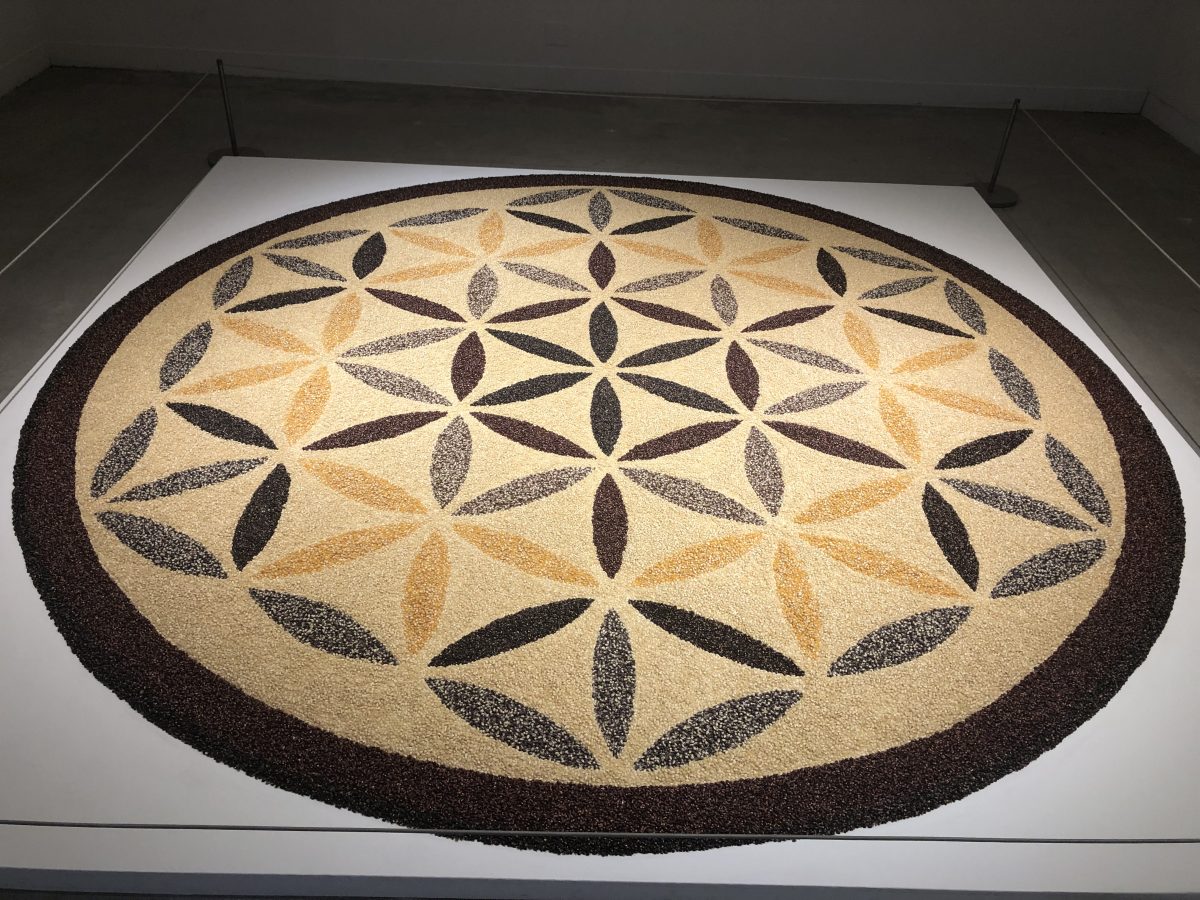 In a few weeks it will be ten years since Jorge Rojas first showed his art in Salt Lake City, bringing him to 15 Bytes’ attention and eventual inclusion in Utah’s 15. Since then, as one of the foremost arts activists in Utah, he has alternated between showing his works and performances, curating, teaching, and administration. Through the years, the things he has brought to the public have had one quality in common: they are transparently accessible. A typewriter in a block of wax is immediately recognizable for what it is, as is a brace of masked wrestlers battling on the sides of Good and Evil. He may not telegraph his reasons for showing his audience how to fry tortillas, but it will always be clear exactly what he is doing. There’s a reason for this, which has to do with his conviction that art, like Lincoln’s government, should be of, by and for the people.

A case in point is the “Corn Mandala” currently on display in the Projects Gallery at UMOCA. Visitors may well already be familiar with one or more types of mandala, which in general are sophisticated, highly technical tools for meditation and spiritual exercise. The so-called sand mandala, though, replaces elaborate exposition with a simple pair of actions. In the first, the mandala is created on the ground with colored sand or some similar material. It is then available for visitation and contemplation for a period of time, after which it is ritually destroyed, often simply swept up with a broom. It is this type of Mandala that Rojas has created, drawn on the gallery floor with four colors of corn kernels. Four is macroscopically correct, but it quickly becomes apparent that the kernels reflect different shades depending on how they landed, so that each colored shape presents an over-all dappled or sparkling appearance.

A close examination of the Corn Mandala, or Flower of Life, will reveal it to be astonishingly precise in its execution. The lozenges aren’t just vague or approximate forms: they appear to be so precise they might have been cut with a knife. This is what makes the Mandala suitable to be compared to, and rendered as, a prayer. The focus and meticulous care maintained in its making — “the best I have to offer” — will be symbolically underscored by its later destruction. 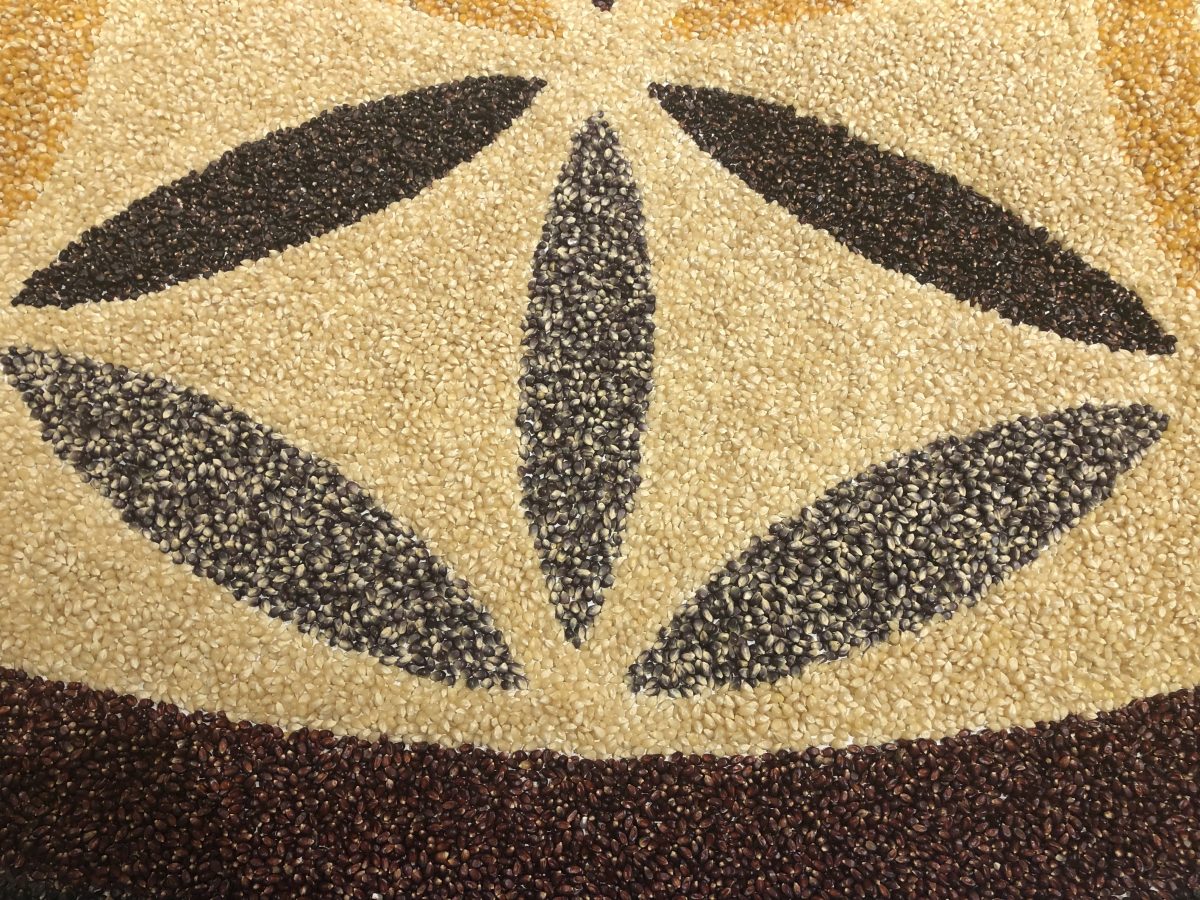 While the Corn Mandala, like all of Jorge Rojas’ works of art, is precisely what it appears to be, what then does it stand for? In fact, according to the artist’s statement, it’s one of a series of works in which he explores and calls attention to the importance of maize, or corn, to the indigenous peoples of the Americas. This isn’t hard to grasp: corn today is grown for everything from raw animal feed to highly refined elements like sugars and biofuels. As such, it’s largely taken for granted. So the Flower of Life is a step backwards, towards a time when people appreciated its importance and even saw it as an essential, precious gift from the gods. As for the artist’s process, again: modern life is full of machine-made products that are cheap, plentiful and disposable. By taking the long spell of time to produce it, Rojas hopes to call the viewer’s attention to the vastness of all time, and by contrast the short portion of that in each human life. Like all art, it asks audience members to slow down, pay attention, and focus on something real, something as fragile as seeds waiting to be swept away.