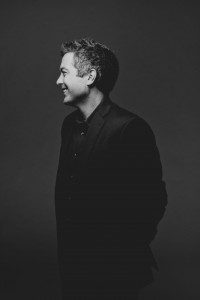 On June 25, Jason Hardink will be presented the Salt Lake City Mayor’s Award in recognition of his outstanding talent as Principal Keyboard for the Utah Symphony, and for his role as Artistic Director of the NOVA Chamber Music Series.

Jason is much more than a musician. Through his knowledge of performing arts and his love of music, he has developed an extraordinary talent in leadership. He has an artistic vision that drives his collaboration with diverse art forms, organizations, groups of people, and communities to create new opportunities for people to hear, witness, and become a part of extraordinary artistic performances. When Jason was invited to join the Utah Symphony more than a decade ago, he was already known as a world-class concert pianist, but since then his accomplishments and reputation have expanded dramatically. In a letter of support for Jason’s award, Utah Symphony Music Director Thierry Fischer wrote, “Jason is a revered colleague, admired by all the members of the orchestra and Utah Symphony |Utah Opera administration.  He is known not only for his significant musical talent, but also for his personal integrity, his positive influence on his peers, and his vision.”

The list of his guest performances with other organizations, both regionally and nationally, is extraordinary. Jason has performed with the Grand Teton Music Festival, Rhode Island Philharmonic, and Saginaw Bay Symphony Orchestra to name just a few. And he is a sought-after soloist and chamber musician who has collaborated with artists such as the Emerson Quartet. He has appeared with chamber music organizations all over the country, and has toured Norway with violinist Tor Johan Boen.  Additionally, he has played with nearly all the eminent music organizations in Utah, including the Park City Chamber Music Festival, the Canyonlands New Music Ensemble, and Intermezzo Chamber Music Series. He has also served as a judge and recitalist for the Gina Bauchauer Foundation.

Hardink holds a DMA from Rice University, where he studied with Brian Connelly; his Doctoral thesis “Messiaen and Plainchant” explores the varying levels of influence that Gregorian chant exerted on the music of Olivier Messiaen. In 2007, he organized many of Salt Lake City’s leading arts organizations in a festival celebrating the music of Messiaen.

Jason’s vision has led him to create innovative and cutting edge programming for the NOVA Chamber Music Series, where he is Artistic Director. He worked on NOVA’s collaboration with Plan-B Theatre Company to present critically acclaimed presentations of Stravinsky’s “The Soldier’s Tale,” and Eric Samuelsen’s play “The Kreutzer Sonata,” productions that succeeded in introducing chamber music to Salt Lake’s theater community and great theater to traditional music audiences.

Jason also works with local composers both to commission new works, and to feature Utah and national premieres; the list is impressive: Miguel Chaqui, John Costa, Michael Hicks, Bruce Qualia, Steve Roens, and Morris Rosensweig. Steve Roens, Associate Professor of Music at the University of Utah writes, “In his tenure as Artistic Director of the NOVA Chamber Music Series, he has taken this organization to a new and vibrant place. Not only his original programming, but also his use of commissions to highlight Utah composers is something from which the entire community has benefited.  Dr. Hardink has helped to foster the careers of composers at both the University of Utah and at B.Y.U.  While he has been a consistent champion of those of us who are local composers, he has also exposed Utah audiences to the music of important contemporary composers from the East Coast as well as those from Europe. Frequently, he has chosen to perform several pieces of an important contemporary composer over a number of concerts, thus guaranteeing that our local audience will have a deeper relationship with some of the most important practitioners of contemporary music.”

Jason also reaches out to Utah’s literary community with offerings such as the world premiere of John Costa’s song cycle based on Terry Tempest Williams’ acclaimed Refuge: An Unnatural History of Family and Place.  But Jason Hardink’s own literary talents are remarkable, as his program notes and pre-concert lectures are music history lessons in themselves. As mentioned earlier, Jason Hardink is more than a musician. Many Utahns feel he is Salt Lake’s man for all arts.

Craig Miller retired as Folk Arts Coordinator for the State of Utah in 2011. Currently he serves on the board of the NOVA Chamber Music Series and the Culture Conservation Corps, and he coordinates performing arts for the Salt Lake City Arts Council’s annual Living Traditions Festival.