Jacqueline Osherow in a Shanghai Taxi 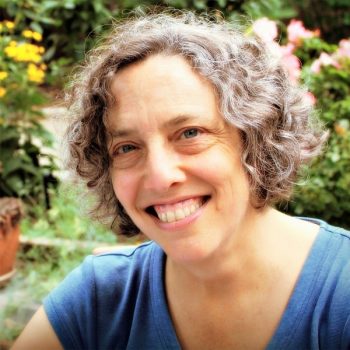 During this month of April, 2021, we return to Poets in Pajamas, an audio series celebrating National Poetry Month launched last year at the beginning of the pandemic. In this series, we ask Utah poets to read one of their own works, as well as a work by a poet they admire.

Of her 2019 collection, My Lookalike at the Krishna Temple, Lisa Bickmore wrote,”Her voice is lithe, capable of, in turn, demanding, entreating, singing, and turning as if on a dime to switch between any of these modes.”

The moonlight falls by my bed.

I wonder if there’s frost on the ground.

I raise my head to look at the moon,

then ease down, thinking of home.

It is a poem almost everyone in China knows. Osherow’s reasons for choosing the classic work become apparent in the reading of her own work, “Shanghai Taxi.”